Will the First Amendment Protect the Redditors Discussing GameStop Stock? 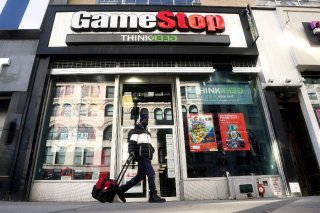 GameStop, the video game retail chain, saw its stock rise as much as 1,800% in January 2021 after fans, who believe the stock was unfairly devalued by large investors, championed the stock’s purchase.

Because WallStreetBets, an online group on the social news platform Reddit, generated intense interest in the stock, some financial experts have speculated as to whether the group engaged in market manipulation – that is, engaging in deceptive speech or stock purchasing tactics to artificially inflate the price of a stock.

As a law professor who teaches classes on the First Amendment, I find the law’s lack of clarity on this issue fascinating.

Free speech protections offered by the First Amendment will likely protect many, if not all, of the anonymous posters on WallStreetBets from claims of market manipulation.

GameStop’s stock price skyrocketed in mid-January after members of WallStreetBets discovered that hedge funds were short-selling the stock, or betting that it would make them money when its share price declined.

Anonymous members of WallStreetBets then encouraged investors to purchase the GameStop stock, claiming it would go “to the moon” and severely harm Wall Street. By some estimates, short sellers have lost US$13 billion so far this year.

The influx of new investors into a struggling company likely created a stock bubble that would eventually burst, costing the investors who purchased GameStop stock right before its decline.

Whether WallStreetBets members can be held responsible for market manipulation depends on whether the First Amendment protects their right to anonymous speech.

However, I’m confident that speech that is intended to express one’s true opinions about a stock – or the benefits of holding Wall Street hedge funds accountable for their behavior – is fully protected speech.

In many WallStreetBets postings, it’s difficult to tell whether an anonymous poster intended to deceive investors. The poster might have been sharing investing advice, commiserating with others or simply being silly and inflammatory. All of these examples are protected speech.

One Redditor claimed these investors were going to be part of “deep f—ing history,” which is a claim about forming part of a social movement.

Another said, “Take the cash you can afford to lose and buy, buy, buy.” This statement doesn’t indicate an optimistic view of how the stock will fare. Therefore, it likely does not amount to market manipulation and is protected speech.

In these two cases, a court is unlikely to unmask the Reddit posters and investigate whether they intended to deceive investors.

One thing that makes this case so interesting is that the Supreme Court has not addressed these points directly.

Without Supreme Court guidance, courts of appeals and trial courts have divided on standards for determining when a website can be compelled to release the identity of a poster after its users have allegedly engaged in unlawful activity.

This means that jurisdictions may differ on when Reddit can be forced to disclose the identity of an anonymous poster, if any lawsuits are brought against the Redditors.

If so, the threshold question will be whether the speech at issue is considered commercial speech. Commercial speech, which proposes or advertises an economic transaction, is afforded less First Amendment protection than other forms of advocacy.

Many WallStreetBets posts about GameStop do not propose a commercial transaction.

The posts involve discussions about Wall Street accountability and how GameStop stock will do. These posts will likely merit a higher level of First Amendment protection and, thus, keep posters’ anonymity intact.

Whether the U.S. Securities and Exchange Commission or a private individual is seeking an anonymous poster’s identity may determine the level of First Amendment protection given to the anonymous speaker.

In some federal and state jurisdictions, if a government agency is seeking release of the identity, it will have to show a compelling reason. Without unmasking a person’s identity, it would be difficult to prove market manipulation in this specific case, given the nature of the Reddit posts.

In others, a government agency like the SEC may simply have to show a good faith need for the information, which would likely include evidence of market manipulation.

In many jurisdictions, courts determining whether to force Reddit to reveal the identity of a poster will balance the First Amendment interest in anonymous speech against the validity of the claim of market manipulation.

In the GameStop case, many of the Redditors engaged in core, protected speech on a matter of public interest, so the First Amendment interest will be strong.

If a court decides to investigate a WallStreetBets post, it will want to see facts indicating that the post was deceptive and that the poster was intending to share materially false information.

Because a lot of what was posted was either bravado, sincere messages of solidarity or hope about the stock’s value, the First Amendment interests are likely to outweigh the need to identify the anonymous posters.

Perhaps for a select few, a court might find that there is sufficient evidence of market manipulation to force Reddit to expose the identity of the poster. This scenario would require evidence that the poster was being deceptive, which may be difficult to acquire given the nature of the Reddit posts.