For the newly elected administration of President Barack Obama, the news could not have come at a worse time. Unbowed and unrepentant, terrorists who only recently had been in American custody were now free and truculently threatening vengeance. Within weeks, one of the president’s signature campaign pledges, and the centerpiece of the new policies he hoped would represent a clear break with his predecessor, would lie shattered. The terrorist-detention facility at Guantánamo Bay would not be closed, nor would its inmates be relocated to prisons in the United States. Equally disquieting was the reversal of what American officials had regarded as one of their key victories and most impressive achievements in eight years of the U.S. war on terrorism. Al Qaeda was back—and with it the prospect of a revived anti-American terrorist campaign.

IT DID not take long for AQAP to attempt to make good on its threat. The experience and expertise that informed the new group, and the lessons learned at bin Laden’s feet by al-Wuhayshi, arguably enabled it to become more dangerous and nimble than any terrorist organization in recent memory. For example, it took core Al Qaeda a full ten years to mount its first major international terrorist operation—the simultaneous suicide bombings of the U.S. embassies in Kenya and Tanzania in 1998.

AQAP required less than a year to present the United States with the most serious terrorist threat directed against its citizens and interests since September 11, 2001. In August 2009, a twenty-two-year-old Nigerian graduate student with “short black hair and a winning smile” named Umar Farouk Abdulmutallab arrived in Yemen. The son of a wealthy banker and former government official in Abuja and a recent graduate of one of Britain’s most distinguished educational institutions, University College London, Abdulmutallab had traveled to Yemen to meet Anwar al-Awlaki, AQAP’s chief propagandist. Al-Awlaki, a charismatic, American-born cleric, had acquired considerable notoriety for his violently radical messages, which were widely distributed via cassette tapes, YouTube videos, a variety of extremist Internet sites and e-mail correspondence. Abdulmutallab told al-Awlaki that he wanted to become a jihadi and fight in the struggle AQAP was waging against the infidels. Uncertain how to judge this eager supplicant, al-Awlaki told Abdulmutallab to go off and write an essay for him explaining the reasons he thirsted to be part of AQAP’s jihad. He passed with flying colors and the rest, as they say, is history.

Abdulmutallab went on to become the infamous “underwear bomber” who, on Christmas Day 2009, attempted to detonate an extraordinarily innovative formfitting explosive device molded to his genitalia that was designed to evade airport screening and security. The in-flight suicide attack was foiled when the device initially malfunctioned and alert passengers pounced on, and subdued, Abdulmutallab until the Northwest Airlines flight landed in Detroit.

Al-Awlaki, however, interestingly has only a minor role in Johnsen’s account of AQAP’s ascension to prominence as the world’s most feared terrorist organization. Johnsen argues he was more of a bit player whose status and stature were inflated for a number of reasons—his fluency in English; his close association with a provocative online, English-language magazine called Inspire, published by AQAP; and a misplaced White House obsession. Johnsen is rightly skeptical of al-Awlaki’s rapid transformation into America’s public enemy number two—second only to bin Laden himself. Within weeks of the Christmas plot, he writes, the decision to kill al-Awlaki, an American citizen (as a result of having been born in New Mexico while his father was a graduate student), had become both a priority and official U.S. policy. Johnsen explains how this assessment, advanced by John O. Brennan, President Obama’s top counterterrorism adviser, grossly

oversimplified a complex organization. Al-Qaeda in Yemen had been growing and evolving since 2006, moving from small-scale attacks in Yemen to large ones in Saudi Arabia and the US. More than a brainchild of a single man, the Christmas Day attempt was the natural outgrowth of an increasingly ambitious group that had several former Guantánamo Bay detainees in its ranks.

More disconcerting, this was the group’s second unnervingly ingenious operation. Only three months before, AQAP had narrowly missed assassinating a Saudi deputy minister responsible for counterterrorism with a novel explosive device discretely concealed in the bomber’s rectum. AQAP would go on to develop bombs hidden in printer cartridges and shipped as office supplies via commercial air-freight couriers, as well as what are blandly referred to in military and security circles as “SIIEDs”—surgically implanted improvised explosive devices. As far-fetched as a bomb medically implanted in a human body may sound, it has already been the subject of a serious warning issued by the Transportation Security Administration in the summer of 2011.

Johnsen thus rightly gives more attention to the mastermind behind these devices than to al-Awlaki. Ibrahim Hassan al-Asiri is one of terrorism’s rare “evil geniuses” who surface only infrequently but radically change the threat in ways perhaps previously unimaginable. Ramzi Ahmed Yousef, the architect of the 1993 World Trade Center bombing, and his uncle, Khalid Sheikh Mohammed, the brains behind the September 11, 2001, attacks, are two other examples of the (thankfully few) superterrorists that have appeared in recent decades.

Al-Asiri, the son of a Saudi military officer, had been imprisoned in 2004 while attempting to travel to Iraq so that he could join the escalating insurgency there. “Up until that point,” he later recalled, “I didn’t know that the Saudi government was in the service of the crusaders.” He emerged from jail unimpressed and unaffected by Saudi Arabia’s highly vaunted deradicalization program. Instead he was energized and radicalized—determined to apply his expertise in bomb design and construction to furthering the Al Qaeda cause. Indeed, al-Asiri designed the bomb that nearly killed the aforementioned Saudi minister—and sent his beloved younger brother, Abdullah, on that mission.

BIN LADEN once prophesied that his death and eventual martyrdom would produce thousands more Osamas. Although his prediction has yet to be validated, bin Laden’s inspiration and mentorship clearly produced al-Wuhayshi—and, it can be said, the other hard men who gathered around him, enduring abuse and deprivation in Yemen’s prisons, all the while steeling themselves for the battle they knew awaited.

In May 2012, AQAP celebrated the martyrdom of one of its seminal fighters, a jihadi named Fahd al-Quso, who had been implicated in the October 2000 suicide attack on the USS Cole. On the FBI’s most wanted list for more than a decade since, he was finally tracked down and killed earlier that month in a U.S. drone strike in Yemen. “The war between us will not end,” the AQAP statement proclaimed, “and the coming days are bringing something new.” In The Last Refuge, Johnsen provides a useful depiction of how that war began, even if he, regrettably, offers no prediction of how and when it will end. The book relates a compelling story about an implacable and formidable enemy. Although more descriptive than analytical, doubtless written more with a popular audience in mind (not least given the reconstructed quotations that appear from many of the story’s key dramatis personae), one therefore eagerly awaits the publication of Johnsen’s Princeton PhD thesis for a more scholarly treatment of this subject.

It is worth noting that at least one key aspect of The Last Refuge, though, has already been overtaken by events. The book’s title refers to the advice famously given by the Prophet Muhammad to his followers: “When disaster threatens, seek refuge in Yemen.” In the past year, we have seen the proliferation of new Al Qaeda adherents seeking refuges in Mali, Mauritania, Niger, Nigeria, Libya and Syria, among other places—thus ensuring that Yemen won’t be the movement’s last bastion.

Bruce Hoffman is a contributing editor to The National Interest, a senior fellow at the U.S. Military Academy’s Combating Terrorism Center, and a professor and director of the Center for Security Studies at Georgetown University.

Pullquote: Together with the other young Yemenis that swelled Al Qaeda’s ranks, al-Wuhayshi and his countrymen would form the nucleus of a new Al Qaeda a decade later.Image: 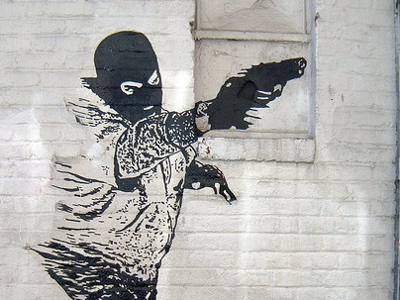