Beinart's Quest to Save Zionism

THROUGHOUT HIS presidency, Barack Obama has sought to portray himself as a staunch friend and defender of Israel. But nothing he does seems to be enough to cement the relationship he has tried to establish with the Jewish state. He condemned the Palestinian drive for statehood at the United Nations. Not enough. He awarded Israel $3 billion in military assistance, an all-time high. Not enough. He repeatedly avowed his commitment to Israel’s security and well-being. Still not enough. The sticking point has been his effort, in which he invested a great deal of personal prestige, to force Israeli prime minister Benjamin Netanyahu to freeze settlement construction in the West Bank as a precondition for engaging in a fresh round of peace talks with the Palestinians. Nothing doing.

Then came Obama’s May 2011 suggestion that any peace deal should be based on the borders that existed before the 1967 Six-Day War and include land swaps between Israelis and Palestinians. Although this represented no departure from past U.S. thinking, a livid Netanyahu set out to humiliate the American president and teach him a lesson. He lectured Obama in a televised Oval Office conversation about the precariousness of Israel’s security. Then he continued the tutorial by addressing a joint session of Congress and again rebuffing Obama—“Israel will not return to the indefensible boundaries of 1967.” He received twenty-nine standing ovations. Democratic Rep. Debbie Wasserman Schultz of Florida even signaled with a raised arm to her colleagues to stand en masse whenever rapturous Republicans, led by House Speaker John Boehner, who had extended the original invitation to the Israeli prime minister as a way of repudiating Obama, rose to applaud a controversial Netanyahu statement. It had the feel of a meeting of the politburo.

It was, by any historical standard, a remarkable turn of events—a prime minister of Israel demonstrating a willingness to humiliate a U.S. president—and demonstrating also his ability to do so with the full-throated complicity of the U.S. Congress. It also raises several pressing questions: How is Netanyahu able to mobilize American politicians so effectively against the Obama administration? What explains the militant chorus of denunciations that greet any presidential nomination viewed as insufficiently pro-Israel? What does it even mean to be pro-Israel these days? And why is the charge of anti-Semitism deployed with increasing abandon in this ongoing diplomatic drama, even against liberal Jews who criticize Israel and urge it to live up to its own ideals? THESE QUESTIONS and many more in the same vein are at the heart of a new book by Peter Beinart, Daily Beast columnist, professor of journalism and political science at the City University of New York, and former editor of the New Republic. The Crisis of Zionism is an anguished and moralistic meditation on the state of Israel. Its significance stems in part from the powerful arguments marshaled by Beinart and in part from his background and political odyssey. Beinart, who describes himself as a Zionist, has long defended Israel, but he began to experience growing doubts about its conduct in the past few years. He got his start in journalism at the New Republic, where he soon became editor at the behest of its owner Martin Peretz (now part owner), known as a defender of Israel and a critic of the Arab world. So in disputing the hard-line pro-Israel view, Beinart is now breaking ranks. He has opened himself up to the charge of being what is known in German as a Nestbeschmutzer—a fouler of his own nest.

This probing, courageous and timely book builds upon Beinart’s controversial June 2010 essay in the New York Review of Books, which contended that leading American Jewish organizations, including the venerable Anti-Defamation League (ADL), had become dinosaurs—reflexive defenders of Israel whose willful blindness to the country’s palpable moral shortcomings was prompting younger and more liberal Jews to become disaffected or indifferent to it. Now, far from retreating, Beinart amplifies the argument.

In The Crisis of Zionism, Beinart contends that a small coterie of wealthy and conservative elderly Jews has hijacked once-proud Jewish organizations in order to abet Netanyahu’s intransigence toward the Palestinians. This complicity is imperiling the liberal Zionist dream of a flourishing Jewish state based upon reconciliation with the Palestinians. Unless Israel detaches itself from the West Bank, it will no longer remain a democracy but become an authoritarian apartheid state ruling over alien subjects. Beinart quotes Theodor Herzl, the founder of modern Zionism: “We don’t want a Boer state, but a Venice.” Beinart, like a growing number of Jewish liberal intellectuals, fears that the former is in sight.

Not everything in Beinart’s book is new. He does not sufficiently take into account Israel’s own strategic dilemmas, including the threat of terrorism from the Gaza Strip, the West Bank and Lebanon. He neglects the pivotal part played by neoconservatives in championing Israeli intransigence. Netanyahu can count on a phalanx of neocons to justify his disdain for negotiations with the Palestinians, and it was Douglas J. Feith who helped author the 1996 report “A Clean Break,” which laid out a blueprint for abandoning the Oslo accords. Nor does Beinart expound about Iran.

Rather, he offers a forceful exposition of American apprehensions about Israel’s path. His argument is simple but not simplistic. Beinart does not want to debunk Zionism. He wants to rescue it. Written in sorrow rather than anger, his study lucidly explores and dismantles many of the arguments that Israel’s defenders on the Right have mounted to explain away its deficiencies, including the myth that American Jews have no right to utter any criticisms about the Jewish state but should blindly support it. His book thus marks a significant evolution in the debate over Israel. Beinart does not dwell upon it, but his own thinking on Israel—and foreign policy more generally—appears to have undergone a marked shift since his time as editor of the New Republic. In those days, Peretz would not tolerate even a hint of criticism of Israel; more recently, he mused in print about the merits of denying American Muslims their First Amendment rights.

This outlook has, more or less, been ascendant in America for some time, particularly among neoconservatives and the Right, where inflammatory statements about an internal threat from sharia law (made by Newt Gingrich, among others) and the war on terror are in vogue. That goes some way toward explaining why Netanyahu was able to defy Obama by marshaling the sentiments of a powerful base of supporters in Congress, many of whom are Republicans, including House Majority Leader Eric Cantor.

This is a more recent development. While Democrats traditionally have backed Israel, Republicans traditionally have been more circumspect. It was Harry S Truman who recognized the Jewish state in 1948. Republican presidents such as Dwight D. Eisenhower, Richard Nixon and George H. W. Bush—who along with his secretary of state James Baker tried to push Israel to freeze settlements—have sought to be more evenhanded in dealing with Israeli and Palestinian leaders. But as evangelical Republicans have become an important constituency in the GOP, Israel has begun to win more favor in the Republican Party. This change was reflected in the George W. Bush administration, which viewed Israel as a vital outpost of democracy in the Middle East and an ally that was basically engaged in the very same struggle against terrorism that the United States confronted.

Perhaps it should not be surprising that Obama’s course has triggered protests among leading Republicans, including most of the party’s presidential candidates. The central reasons are fundraising imperatives and the votes of Christian evangelicals, who overwhelmingly support Israel. Newt Gingrich’s campaign was almost single-handedly resuscitated before the South Carolina primary by a $5 million check to Winning Our Future, a “super PAC” that supports his presidential run, from the seventy-eight-year-old casino magnate Sheldon Adelson, who admires Gingrich’s pro-Israel fervor (including his remark that the Palestinians are an “invented people,” which Adelson endorsed during a charity event last December in Israel).

This attempt to transform Israel into a wedge issue has its origins in the neoconservative affiliation with the GOP, which took root in the 1970s, budded during the Reagan administration and flowered under George W. Bush. The late Irving Kristol, often called the godfather of neoconservatism, complained that American Jews did not support the Republican Party and demanded that Jewish intellectuals not only ally themselves with Christian evangelicals but also subordinate themselves to them in an act of “prudence.” In his 2009 book Why Are Jews Liberals?, neoconservative writer Norman Podhoretz castigated his coreligionists for their naïveté about the perils that Israel faces and wrote that no group is “more passionate in its support of Israel than the conservative Christian community.” As a practical measure, in 2010 the Weekly Standard’s editor William Kristol founded the Emergency Committee for Israel, an organization designed to serve as a counterweight to the liberal J Street, which obtains funding from financier George Soros and itself seeks to counteract the hawkish American Israel Public Affairs Committee (AIPAC). The Emergency Committee has run advertisements against several congressional candidates it deems “openly hostile” to the Jewish state.

Pullquote: The true liberal friend of Israel, Beinart argues, is none other than Barack Obama.Image: 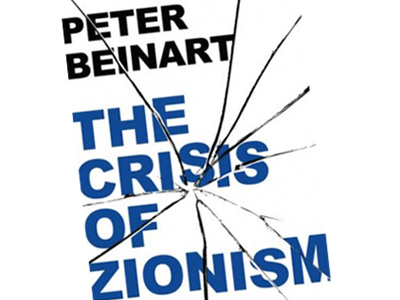