Have Gun, Will Travel

NONE OF this might have led to a gun with such iconic stature were it not for the fact that it became standard Soviet-bloc issue at a time when Communist states were keen to use military assistance and weapons sales as instruments of the Cold War. Kalashnikovs were produced in millions, the M1943 cartridge (and its derivatives) in billions. It was one thing to control the supply and use of the weapon within the confines of the Soviet military establishment, quite another to police the use and distribution of the weapon in the hands of overseas liberation movements. The gun very quickly spread to the Middle East via generous supplies to Egypt. It could be seen in other parts of Africa where radical groups fought for independence or fought against each other. Kalashnikovs found their way to the Cuban revolutionaries, to Marxist freedom fighters in Latin America, to the plains and jungles of Vietnam. It was an ideal weapon for soldiers and rebels fighting in distant lands with little chance of getting their hands on sophisticated weaponry. Paradoxically, the gun was both the principal army weapon of the Soviet Union and the weapon of choice for forces fighting asymmetric wars against the United States or its agents and allies. The Kalashnikov became a symbol of a divided world and of the revolutionary promise at the heart of much global violence from the 1950s through the 1970s. If Che Guevara T-shirts showed the whole person and not only the head, it is odds on that he would be holding an AK-47.

What is striking about the rapid worldwide distribution of the gun (Chivers says an exact figure is impossible, but suggests perhaps 100 million) is the extent to which its march reflects the wider changes in the pattern of conflict from one country to the next. The grim curriculum vitae of the AK-47 shows a passage from predominantly left-wing movements challenging Western hegemony and the residue of empire to its use by organized-crime gangs and, finally, to the growing terrorism movement. From the Munich Olympics to the Mumbai massacre, from the IRA to the Chechen rebels, the Kalashnikov has become a trademark. Why has this happened? Chivers suggests a teasing paradox: socialist states were obsessed with stockpiling weapons; capitalism obligingly satisfied the market pressure for the AK-47s of Eastern Europe, usually illicitly, to anyone who wanted them. It scarcely needs repeating that both, or all, sides in the Afghan conflicts of the past thirty years have used Kalashnikovs; they have fueled scores of civil wars and ethnic and religious conflicts in Africa (AK in this case, Chivers suggests, for Africa Killer). Recently, the United States, a very slow starter in the assault-rifle race, has been buying up surplus Kalashnikovs and arming the Iraqi and Afghan soldiers and policemen who are supposed to use them in turn to protect imported democracy.

What is more remarkable about the weapon is the length of its deadly career. It shows no sign of disappearing, as effective in doing what it does now as it was when it was first developed. There have been modifications, derivatives, improvements, but for all these alterations, it still clearly resembles the original AK-47. When U.S. Marines were given a test in 2006 to see how quickly they could assemble and fire a Kalashnikov (it took a minimum of thirty seconds), one was a model from 1954. Rather depressingly, Chivers sees this as a weapon of the twenty-first century too, not indestructible certainly, but sufficiently useful that the guns will go on being repaired and the cartridges produced. If there is any consolation, it lies in the fact that in the hands of the untrained terrorist or boy soldier, the AK-47 is not particularly potent. Since it is a rifle and not a machine gun, it needs to be fired with some accuracy. A spray of bullets might hit the intended target or it might not. If you’re the one being shot at, the answer could simply be to run away very fast. Chivers tells a story of two East German construction workers trying to escape across the Berlin Wall in 1962. Under a hail of Kalashnikov fire from the border guards who spotted the escapees, not a single bullet reached the lucky man who scaled the wall and went free. The other was hit by only one bullet, and by bad luck was hit in the pelvis, a disabling and ultimately fatal shot. In the hands of the unskilled, the fact of having and holding a Kalashnikov, a kind of rite of passage for insurgents and terrorists, may now be more important than its capacity to do harm.

THERE IS, of course, a problem with the biography of any weapon. There is the danger that cause and effect become confused. It is not the gun, in this case the AK-47, which causes the violence, but the people who use it. Weapons are inert. Their existence may encourage states or individuals to do something they otherwise would not or could not have done, but the evolution, production and use of any weapon is a result of human choices. The thousands of deaths that the Kalashnikov has imposed came from war or police action or criminal intent or insurgent ambition. If the Kalashnikov had never been invented, something else would have taken its place, or another assault rifle would have emerged from the tangle of competing weapons-procurement agencies on either side of the Cold War. Weapons have a life only because human beings (almost universally males) invest them with a sinister capacity for deadly action.

If the cause is human, only human agency can end the career of this or any other gun. That is an unlikely prospect. The bleak conclusion of Chivers’s book—that the AK-47 is here to stay—is a testament to the failure of the international system (or of national states) to confront and solve the issues that will make violence as endemic a part of this century as the last. How could the world be rid of the AK-47? An amnesty on its users? A program of controlled destruction? Or, and perhaps the most probable, the advent of a more effective and more destructive substitute, one that will finally render the Kalash obsolete.

It is striking that in the 1920s and 1930s, when the young Mikhail Kalashnikov was struggling to cope with the rigors of a Siberian exile, there were thousands of men and women in the developed world who thought it would be genuinely possible to disarm by simply producing no more weapons and scrapping those that existed. The accounts by the antiwar lobby of how this might come about seem naive even in their own time, but the will to confront the reality of terrible armaments and to prevent their development and dissemination was born of a profound and humane rejection of violence. This is a sentiment that no doubt still widely exists, but it is seldom openly expressed.

There is a danger that a mixture of cynicism, hopelessness and insecurity among the wider public, together with the military ambitions and fears of their governments, will persuade most of us to take the existence of all weapons, from nuclear bombs to Kalashnikovs, as the price to be paid for a human world in many parts of which peace, security and human decency have been and remain slogans bizarrely out of step with reality. Would this world have been a better place without Kalashnikovs? Sadly not. The problem is not the weapon but the man.

This is a long way from the initial purpose of the assault rifle. After the terrible mauling that the Soviet Union had been subjected to by heavily armed German forces, not once but twice in a generation, the search for better weapons that might make Soviet infantrymen less vulnerable than they had been in World War II made considerable sense. Kalashnikov’s bland assertion in his autobiography that serving and saving the Motherland was his primary objective was not all baloney. The assault rifle was a self-conscious product of socialist modernity, and it was important that Kalashnikov was presented as an amateur inventor with appropriately plebeian roots. But now that the Cold War is over, weapons are most dangerous in the hands of those who can buy them or steal them from the richer states who make them. The “war on terror” is a product of the ease with which weapons and explosives can get into the hands of those bent on using them. If there is no longer much, if any, pacifist discourse on ending the production of the means to war, the arms trade is perhaps one area where the developed world might act with greater energy and will. If The Gun achieves what it deserves, this will surely be one of its primary lessons.

Richard Overy is professor of history at the University of Exeter. His most recent book is The Third Reich: A Chronicle (Quercus Publishing Plc., 2010). 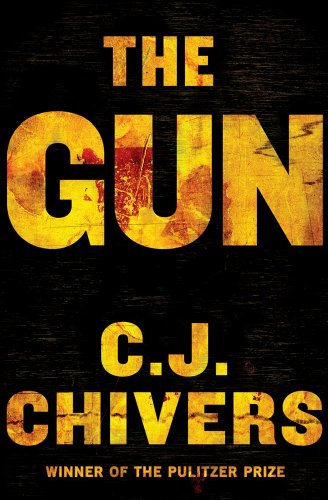