Lest Ye Be Judged

Catholics and most Protestants will recognize Jenkins’s method as a version of historical criticism that emphasizes the specific times and “horizons of understanding” in which the various Books, Psalms, Gospels and Epistles were compiled and redacted (edited according to theological purposes). Yet—notwithstanding Jenkins’s assurances that “some Islamic scholars historicize the texts, making them relevant to a particular period in the time of Muhammad, but not applicable to later times”—only a tiny minority of contemporary Muslims, most of them scholars appointed to Western universities or think tanks, will accept the notion that earthly influences shaped the Koran or that the interpretive methods currently being applied to the Bible are even remotely appropriate for the Koran. Let us call this the challenge of Koranic exceptionalism.

THE ROAD to peace among Muslims, and between Islam and other religious and secular traditions, runs through the Koran. Like Christianity and Judaism, Islam is certainly more (and less) than its holy book; the much-discussed (and much-reviled, among Islamophobes) sharia is a body of religio-legal principles (rather than a set of actual laws) derived not only from the Koran but also from the Hadith, a compilation of the Prophet Muhammad’s own teachings and practices. But the Koran has a different level of authority within the (geographically and culturally diverse and plural) Islamic community today than does the Bible within the (also breathtakingly diverse) Christian community. If the admittedly complicated figure “Jesus Christ” is the hermeneutic key for Christians, and “the Law and the Prophets” the key for Jews, it is not yet obvious to (most) Jews and (most) Christians what (most) Muslims consider the hermeneutic key for reading the Koran as a guide to behavior. Nor is it obvious that the majority of Muslims would even accept or endorse the concept of an “interpretive strategy” for reading the Koran (notwithstanding the facts that such strategies are being deployed constantly in the Muslim world and that Muslims obviously recognize the existence of multiple and wildly varying constructions of Islam itself).

Whether or not faithful Muslims formally acknowledge the reality of options, they remain confronted by the need to determine and observe guidelines for their behavior in a globalizing, conflict-ridden world that is both secular and religious. In such a milieu they cannot long ignore the internal pluralism of Islam itself—the competing voices and subtraditions of interpretation that are increasingly available to more and more Muslims, as are the multiple “renegade,” do-it-yourself Islams placed on offer by Internet jihadists and would-be jurists like the engineer Osama bin Laden and the medical doctor Ayman al-Zawahiri. At its core, this matter of defining orthodoxy (right belief) and orthopraxis (right action) is a perennial task for all the global religions, but it is being hotly contested today within the ummah (worldwide Islamic community), and the competing alternatives are not easy to map or rank according to legitimacy (especially in the majority-Sunni world, where authority structures are not as far-reaching as they are for Christians, who have bishops and a pope to obey or disobey).

Jenkins argues forcefully that sacred scriptures are dependent variables, so to speak, in the etiology of violence and warfare. For social-justice revolutionaries (as in the mostly peaceful revolutions that swept across Eastern Europe in the wake of the Cold War) and violent extremists alike, the utility of certain texts waxes and wanes according to the situation. This assessment is accurate as far as it goes. But Jenkins also leaves dangling the impression that religions themselves behave solely according to what their specific social-political-cultural contexts allow—that is, according to “what in the passage applies to me, to us.” Is it possible, however, that religions possess the resources to resist their environments and to retrieve the scriptural passages that justify, and thus empower them in so doing?

History offers hope. In light of the exploding options within the Dar al-Islam and the rise of Koranic “authorities” of dubious lineage and training, the relative coherence of the mainstream religion, and the checks and balances it has evolved over generations for bringing the freelancers into the fold (or ejecting them), looks increasingly attractive. This authoritative and sometimes authoritarian version of Islam remains the religion of most American Muslims, as it is of their global counterparts. Other Americans, if they are savvy, will want them to continue their fidelity to, and gradual reform of, this Islam. They will hesitate before making Muslims uncomfortable in their own conservative, orthodox, law-abiding skin.

Laying Down the Sword offers a timely warning in precisely this direction. Concerning the culpability of the Koran for violent extremism, it proffers a much-needed exoneration. Concerning the relationship between sacred texts, religion and violence, it raises the right questions and sketches the contours of deeper ones. Central to these achievements is Philip Jenkins’s absorbing discussion of the formidable obstacles found within Jewish and Christian scriptures and histories to the nonviolent expression of biblical faith. That story, in all of its harrowing twists and turns over the centuries, should remind his fellow Christians to attend to the beams in their own eyes before scorning the motes in the eyes of American Muslims.

R. Scott Appleby is a professor of history and the director of the Joan B. Kroc Institute for International Peace Studies at the University of Notre Dame.

Pullquote: Judaism and Christianity have made their respective Bibles into virtual rubber bands, the interpretive options so multiple and elastic as to stretch the range of possibilities such that almost any proximity to the text is permissible.Image: 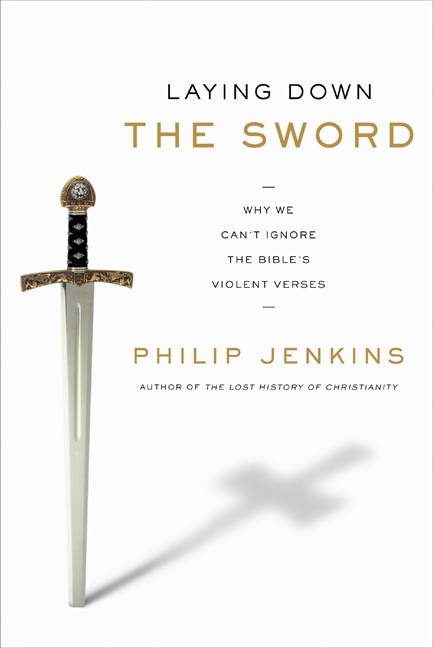