TWENTY YEARS ago, on my first day in a PhD program, my mentor Joseph Lau gave me a stack of ten novels. When I expressed doubts about fitting in this leisure reading on top of my coursework, he held up Mo Yan’s Republic of Wine and shook the book at me. “This writer is going to win the Nobel Prize,” he said. Such was the impact of Mo Yan’s writing on those familiar with it long before he won the Nobel Prize in Literature in 2012. Yet, since winning the prize, Mo Yan has become a scapegoat for the sins of the regime in which he must survive. Mo’s literary range and philosophical depth have received little attention in the recent flurry of press coverage, which has concentrated on his apparent acquiescence to the Chinese government’s repression of dissidents. Secure in the comfort of Western freedoms, myriad writers have lambasted Mo for his public statements and silences. Few writers have noted that Western authors seldom are judged on their politics or that writers in China have reasons for working within as well as outside of the system.

In any event, Mo Yan now operates under heightened scrutiny. Indeed, the honor was triumphantly embraced by Beijing as the long-awaited global acknowledgement of China’s return, not only as an economic powerhouse but as a cultural leader. Mo’s was the first Nobel Prize in Literature ever awarded to a Chinese citizen. (The dissident Gao Xingjian had taken French citizenship by the time he won the 2000 prize.) Its belatedness was much discussed in light of China’s rich literary heritage and cultural renaissance of recent decades. Literature is a fundamental part of what Chinese officials call their country’s “national rejuvenation.”

Mo’s literary legacy offers a rare window into this larger cultural-political mission, and to judge him by his public actions neglects much that can be learned from his work, which traces China’s history of the twentieth and twenty-first centuries.

Mo Yan won the Nobel Prize for his writing, not for political engagement. This essay thus offers a perspective on his politics based not on a few symbolic acts but on a close reading of his literary works. “For a writer,” Mo said in accepting his prize, “the best way to speak is by writing. You will find everything I need to say in my works.” These works offer keen insights into truth telling, the role of the writer, history’s horrors, destiny and human will. They also reflect Mo’s uses of tradition and modernism, his portrayals of sensuality, aggression and violence, and his views on individual conscience. Thanks to the herculean efforts of master translator Howard Goldblatt (whose translations I quote below), English-language readers can appreciate Mo’s powerful fiction.

Controversy over Mo’s prize highlights the difficult position of writers in today’s China. His speeches and interviews may offer an understanding of his choices, but his fiction offers his most penetrating comments on writing, truth telling and accommodation to government censorship. In his 1989 short story “Abandoned Child,” a bus driver recounts how he was once disciplined for telling the truth. When serving in the army, the driver crashed a jeep into a tree after looking in the rearview mirror to find the deputy chief of staff feeling up the commander’s wife. Ordered to file a report, the driver did not spare the truth: “I lost my bearings when I saw the deputy chief of staff feel the woman up, and crashed the jeep. It was all my fault.” But his political instructor swore at him, whacked him on the head and ordered him to redo the report. Asked by the narrator if he did so, the driver replies, “No fuckin’ way! He wrote it for me, and I copied it.”

The story suggests that being forced to copy other people’s words is not the same as choosing what to write. This distinction may lie behind Mo’s decision in the summer of 2012 to join other prominent writers in hand-copying Mao Zedong’s 1942 “Talks at the Yan’an Forum on Literature and Art” for a commemorative edition. Critics understandably assumed the copying endorsed Mao’s exhortation that literature must serve the people and the revolution. That text set the stage for three and a half decades of literary and artistic repression. Mo fueled the fire of this criticism by seeming to defend “necessary” censorship at a December 2012 press conference in Stockholm.

CLEARLY, MO is no naïf in the Chinese Communist Party’s (CCP) reign of thought control. Born Guan Moye, he chose his pen name—“Don’t Talk”—to honor his mother’s caution against talking too much and in sardonic recognition of his failure to heed her warning. Yet I have been struck by his quiet and unassuming presence at literary conferences in Beijing, where he offered kind encouragement in private meetings but evinced a shy persona in public.

Adroit in his political judgments, Mo has judiciously censored himself enough to flourish in what historian Jeffrey Wasserstrom calls the “gray zone.” This is a subtly negotiated space where the government suffers heterodoxy as long as writers camouflage their dissent in literary metaphor. Like many writers, Mo voices political criticism that would risk reprisal if presented overtly. But since he presents his critique on the sly, often poking fun at himself as a writer, he is allowed to pursue his truth telling. Still, to many he has erred on the side of caution, and his lack of explicit protest has allowed domestic and foreign critics to paint him as an apologist for authoritarianism.

That Mo walks a fine line between writing social criticism and angering Communist censors is attested by his prominence in the government-run Chinese Writers Association (CWA). He has been a member of the CCP since 1978, and he joined the People’s Liberation Army (PLA) in 1976. In 1982, he became a CCP cadre, a functionary roughly equivalent to a civil servant, and in 1984 he enrolled in the newly established PLA College of Literature and Arts. Now vice chairman of the CWA, Mo enjoys a privileged life as one of China’s eighty-three million CCP members (about 6 percent of the population). Yet he often presents his personal history in studiously naive terms. He says he decided to become a writer when a former college student sent to Mo’s village for “reeducation” told of a successful writer who ate succulent pork dumplings three times a day. Those were the days following Mao’s 1958–1961 Great Leap Forward, when famine killed an estimated forty-five million Chinese. Mo also claims to write strictly for himself rather than for an audience. However, he accumulated a huge audience after a film adaptation of his novel Red Sorghum won the Golden Bear prize for best film at the 1988 Berlin International Film Festival.

But Mo’s recent public statements have only further enraged critics who have never forgiven him for his actions at the 2009 Frankfurt Book Fair, when he walked out after Chinese dissident writers entered. “Some may want to shout on the street,” Mo reasoned in a speech at the fair, “but we should tolerate those who hide in their rooms and use literature to voice their opinions.”

That’s what Mo did in “Abandoned Child,” which can be read as a modern morality play. The narrator grapples with the ethical burdens of rescuing an abandoned newborn girl. Not only can his family ill afford to raise the child, but his wife hopes to conceive a son despite China’s one-child policy, which would limit them to their first daughter. But the story also illuminates Mo’s ethical framework as a writer, as well as his understanding of literature’s role in a modern China grappling with its rejuvenation. After a watchdog bites him in the leg at the government compound, the narrator is grateful rather than angry: “Most likely the bite was intended for me to reach a sudden awakening through pain. . . . I was startled into awareness. Thank you, dog, you with the pointy snout and a face drenched in artistic colors!”

When the township head asks whether keeping a watchdog might rupture the government’s “flesh-and-blood ties with the people,” the narrator points to his injured leg and says such an injury doesn’t rupture ties but “molds them.” The story thus alludes to Mo’s own role as the writer of fiction limning China’s twentieth-century chronicle of national pain. His authorial intent may be to awaken readers into awareness, to exorcise traumatic historical memories and to restore ties of societal unity.

THE IDEA that art molds ties between the government and its citizens frames Mo’s place in the current political context. For millennia, rulers in China have understood literary culture to be foundational to political power, and China’s survival through three thousand years may have depended as much on its literary traditions as on political history. Ancient history books chronicling the achievements of dynasties promoted faith that the universe was ordered and moral, and this faith bolstered belief in each ruling regime’s role in carrying out the mandate of heaven. From the Han dynasty (206 BCE–220 CE) until the dawn of the twentieth century, the government was administered by an entire class of literati, scholar-officials trained in the classical Confucian texts. Literary culture—which included history and philosophy—was the root of government and civil practice. Scholar-officials both organized history to legitimate ruling regimes and remonstrated not only with artful subtlety but also with loyalty. 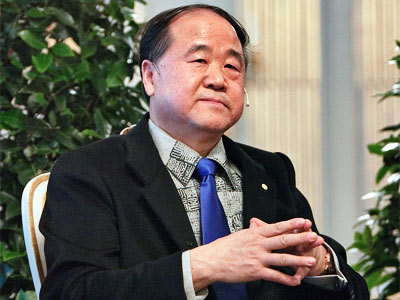