[amazon 140006760X full]DAVID BROOKS is not the first contributor to the airport book stand to whom our leaders have turned for enlightenment and instruction. In the search for insight on the issues of the day, the politicians who are meant to be guiding us toward a better world have nudged, blinked, pirouetted on tipping points and anxiously pondered the wisdom of crowds. Yet none of these brightly packaged manuals has proved to have the practical usefulness that was promised. But not to worry, those who govern us are invincible positive thinkers who will never give up the hope of finding someone who will tell them how to conjure away all our problems. The political appeal of Brooks’s book The Social Animal has been nowhere more pronounced than in Britain, where the youthful David Cameron leads a rebranded Conservative Party in a coalition government. Having instructed all members of his cabinet to read this best seller, Cameron then sought the author’s counsel when Brooks was promoting the book in the UK. A seminar at 10 Downing Street was duly arranged and the prime minister’s media advisers seem to have been much impressed by Brooks’s performance. Not to be left on the sidelines, the Labour opposition leader, Ed Miliband, also met the writer. What is it about the New York Times columnist’s book that gives it such an irresistible appeal to politicians?

“This is the happiest story you’ve ever read. It’s about two people who led wonderfully fulfilling lives. They had engrossing careers, earned the respect of their friends, and made important contributions to their neighborhood, their country, and their world.” These first lines go a long way toward explaining why Brooks’s book litters the desks and bedside tables of elected officials.

For what Brooks is attempting to sell the world is his brand of positive thinking, a vision of the power of the individual as an emotional being with the capacity to lead the “good life,” all the while bettering himself and those around him by empowering his mind with the definitive knowledge of what it means to be “moral.” Presented in the form of a life history of two fictional characters, Erica and Harold, it ends with Harold’s death and a capsule version of Brooks’s message. Harold reaches the end of his life on earth satisfied that he “had achieved an important thing in his life. He had constructed a viewpoint. Other people see life primarily as a chess match played by reasoning machines. Harold saw life as a neverending interpenetration of souls.” Despite its pretensions to realism, Brooks’s account of Harold and Erica’s journey is a morality tale of the most transparent—and unconvincing—kind.

So we see the attraction of Brooks’s fable to politicians in the face of overwhelming difficulties and Brooks’s promise that all will be well if they place the burden of responsibility on the individual and small communities. Our rulers are noted for their adamant protestations of unconquerable hope; but the precise content of that hope is nebulous, if not wholly indeterminate. It is not hard to discern that those who govern us—along with sizable sections of those they govern—are actually becoming just a little desperate. A fable of happiness is never more appealing than in circumstances such as these, when the future seems to have become dauntingly problematic, and from one point of view The Social Animal can be seen as an early-twenty-first-century version of Frank Capra’s It’s a Wonderful Life—a tale in which a decent, ordinary guy ends up happily reconciled to the world. One difference between Capra’s film and Brooks’s book is that the hero of the movie is saved from disaster by a miracle—it is supernatural intervention, not his own sterling qualities, that allows the central protagonist (magnificently played by James Stewart) to prevent his savings-and-loan company from going under. The charm of Capra’s film comes from the fact that it is a fairy tale in which the fatal chain of events is broken and shattered lives are made whole again by magic. In Brooks’s novelettish study in pop psychology, by contrast, there is nothing that can remotely be seen as miraculous. The two central characters spend their lives striving for a remarkably insipid version of self-realization, which despite setbacks—such as a spot of infidelity by Erica, which she soon regrets—they succeed in achieving. “Harold and his friends were not rebels,” Brooks writes. “By and large, they still wanted a stable marriage, two kids, a house in the suburbs, and a secure income.” The trouble with this vision of the good life is not only that it is beyond the reach of growing numbers of people. It is also a vision that many of his readers will not share. Where are the millions of happy singletons and gays and cheerful individualists in Brooks’s “happiest story”? It is in fact an unrelentingly banal tale, lacking not only the charm of Capra’s narrative but also the compelling interest and unexpectedness of ordinary human life.

WHEN CAPRA’S film was released in 1946, America was rebuilding itself (and much of the world) after a global conflict in which the United States had acted decisively to defeat an unprecedented threat to civilization. Certainly the postwar scene was showing signs of major problems—an emerging cold war, for one—but having triumphed over Nazism, America had every reason to feel confident of its strength. The world’s preeminent power, it could be sure that when it spoke, other countries would listen. Today, the United States is undergoing an irreversible shift in its international position—from being the only hegemonic actor to being one among a number of great powers. The “Arab Spring” may prove to be significant not so much for the changes it brings to the Middle East and North Africa—changes that are still far from clear—but for marking the time when American power began unmistakably to retreat and U.S. economic primacy passed into history. No longer the most successful economy—Germany’s boom shows how a quite different version of market capitalism has adapted better to globalization, while China’s experiment in turbocharged state capitalism has produced over thirty years of fast growth—Americans cannot claim to enjoy the highest living standards. Worse, U.S. decline is not only relative but also absolute. Stagnant for decades, the incomes of the American majority are now falling, or else are maintained only by taking on multiple jobs in a depressed and insecure labor market. Worse yet, there is no prospect of this process ending anytime soon. How the United States can fix its federal-debt overhang remains obscure; quite possibly it will not be resolved by any act of Washington, but instead by a write-down of U.S. credit and the dollar in global markets. However that drama plays out, there can be no realistic basis for the hope that the American majority will be better off in the near or medium term than it is today.

The unstoppable momentum of decline is but one reason for the appeal of Brooks’s book, laden as it is with optimism for the future. Nowadays the very idea of decline has ceased to be legitimate—as soon as any sign of such a thing emerges, we are told, action can be taken to reverse the process. The result is that the fact of the decline is adamantly denied, while history—the fall and rise of great powers—goes on as it has always done. It might be thought that in Britain, with its long experience of accepting decline, the situation would be different. But the present generation of British leaders is innocent of history, and it has not noticed how the crash has accelerated Britain’s multigenerational retreat from power. While a further process of contraction is under way with planned reductions in the UK’s armed forces, the leaders of all three main political parties have endorsed an open-ended intervention in Libya that Britain will soon lack the capability to maintain. Britain’s economic position is dangerously exposed. The policy of austerity pursued by the Cameron government is as much of a gamble as the American policy of expecting emerging economies to bail out U.S. debt by accepting the ongoing debasement of the dollar. Along with other Western countries, Britain and America are struggling to cope with a financial crisis that has left problems in its wake that can only be solved by accepting a diminished place in the world.

IT IS a commonplace that the economics profession failed to foresee the crisis that definitively ushered in the end of American primacy. What may be more pertinent is that with a few honorable exceptions, so many economists refused to accept that such a crisis was possible—captivated as they were by the belief that quantitative models could predict the future, sheltering the field from messy reality. Economists were thus incapable of perceiving the dangers that were mounting around them. The attempt to domesticate the uncertainties of the future by turning them into calculable risks was discredited by the crash. A mode of thinking that was supposed to be supremely rational has proved in practice to be little more than an exercise in harebrained cleverness. 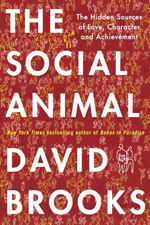