A House that Murdoch Bought

Gay Talese, The Kingdom and the Power: Behind the Scenes at The New York Times: The Institution That Influences the World (New York: Random House Trade Paperbacks, 2007), 576 pp., $18.00.

[amazon 0547152434 full]THESE THREE books are all of the genre of unabashed fascination with broadsheets, written in the implicit and fervently held belief that prominent American newspapers and what happens inside them—the infighting, the breaking of stories and the principal personalities behind these activities—are vital and interesting. Unfortunately, I don’t agree. Having been the controlling shareholder of several of the world’s best or best-known newspapers (the London Daily and Sunday Telegraphs, the Spectator, the Sydney Morning Herald,Melbourne’s Age,the Australian Financial Review, the National Post of Canada,the Jerusalem Post, the Chicago Sun-Times and scores of others), I can attest that they are really only interesting to those directly concerned with their daily machinations. These books all dote on the minutiae of the three great American newspapers they describe, respectively, the Wall Street Journal, the Washington Post and the New York Times. I have known the principal recent players at the head of those three daily print media, including the last two Sulzbergers (Arthur Ochs Sr. and Jr.) to publish the Times, as well as Sydney Gruson, a foreign editor turned executive-board member, John Oakes, once of the editorial page, executive editor from 1977 to 1986 Abe Rosenthal and some additional prominent Timesmen; Rupert Murdoch and his sidekicks at the Journal, the former group led by Peter Kann, the CEO of Dow Jones & Company, as well as his wife, onetime publisher Karen Elliot House; and Kay and Don Graham of the Washington Post—former publisher and current CEO, respectively—along with Ben Bradlee, now a vice president at-large. There is not one that I disliked, nor any whose intelligence wasn’t or isn’t evident, but few of them were unusually interesting people to know, have dinner with or talk to.

Murdoch, because he is probably the most successful media owner in history (so international, innovative and daring) and has, when he can be loosened up to part with them, a considerable store of astute and mordant aperçus, should be a bottomless storehouse of interest. But he is generally not overly forthcoming, rather monosyllabic, an enigma whose banter is nondescript bourgeois filler delivered in a mid-Pacific accent. His idea of humor is pretty coarse, in the Australian manner, without being very original, or very funny.

[amazon 0385523564 full]Murdoch has no discernible attachments to anyone or anything except the formidable company he has built. His periodic foraging trips for media attention (the oddly hoped-for story where he’s made to seem human) usually lead to hilarious fiascoes such as the journalist Michael Wolff’s effort at comradely biography combined with sophomoric mind reading, a sort of Charlie Rose approach in The Man Who Owns the News: phrases like “Rupert and I thought . . .” abound. Of course no one could possibly have the least interest in what—or if—Wolff thinks, and Wolff couldn’t have had any idea what was on Rupert’s mind because Rupert never lets anyone know what he’s thinking. Murdoch’s centenarian mother was “okay” (about as affectionate as it gets with Rupert); no business associate lasts long, except perhaps Michael Milken as an exotic financial guru, and economist Irwin Stelzer as a random and chatty, ersatz muse. Save for Ronald Reagan, he turned on every politician he ever supported in every country where he has operated; he discarded every loyal lieutenant, two wives and countless friendly acquaintances, as if he were changing his socks. Murdoch is a great white shark, who mumbles and furrows his brow compulsively, asks questions and listens, and occasionally breaks loose and has pictures taken of himself dressed in groovy black, pushing a baby stroller through Greenwich Village, or has stories written about his supposedly popish-leaning religiosity, published as humanizing touches, much like his orange-dyed hair, in the Sumner Redstone style.

Certainly Murdoch is interesting as a phenomenon if not as a person; a man who is airtight in his ruthlessness, unlimited in his ambition, with the iron nerves to have bet the company again and again. And although he has had some narrow escapes, he always emerges in fighting form. That story is fascinating, but he has the self-confidence never to try to impress people, is monotonous as a public speaker and unfathomable as a personality in regular conversation. Someone who could grasp and present the scope of Murdoch’s talents and ambitions could produce an interesting book, but it would have to be done by acute observation and intuition, and from a bit of altitude, because it is impossible to get anything but a banal smoke screen with occasional ripples of humor out of the man himself. I have long thought that his social philosophy was contained in his cartoon show, The Simpsons: all politicians and public officials are crooks, and the masses are a vast lumpen proletariat of deluded and exploitable blowhards. Almost all studies of Murdoch, including the reflections on him in Sarah Ellison’s book War at the Wall Street Journal on his takeover of the paper, where she was a reporter, are mosquito explorations around his shins, which is all he cares to reveal.

[amazon 0812977688 full]Kay Graham on the other hand was a very gracious and unpretentious woman. She never tried to disguise that she was the ugly duckling of the Washington Post’s controlling Meyer family (with her financier, government-official and publisher father Eugene, and her intellectual, “harpy,” political-activist mother Agnes), only grabbing real control of the paper when her husband abruptly committed suicide—like, as former–Post journalist David Kindred aptly writes in Morning Miracle, Edwin Arlington Robinson’s Richard Cory (the rich gentleman who despite his privilege, takes his own life)—short-circuiting his plans to divorce Kay and replace her with his paramour. And she only became a famous publisher because of the Watergate affair. This was an event of vast importance to the country generally and to the national media, but unfortunately, I part company radically from Mr. Kindred’s retailing of it as a triumph of the free press. She was an exceedingly honest and generous-minded person, as is her son Don, but that is not to say that they have been epochally interesting or original people either. Ben Bradlee is a noisy macho man, a live wire at a dinner party, indeed pretty entertaining even at a quiet lunch, but he was an energetic and fearless producer of news stories, not a memorable intellectual, or even a very thoughtful champion of the newspaper. It was fun to impeach a president; I suppose it was if you didn’t consider the consequences or the iniquity of it.

Former­–Times journalist Gay Talese’s study of his then-employer, The Kingdom and the Power, is a real period piece, a classic like the film Easy Rider, and like Easy Rider, it is now difficult to see why it ever was a classic. “You do your own thing in your own time. You should be proud,” said Peter Fonda to some Latino farmer, conferring the approbation of the age on this generic worthy. The self-importance of the early Sulzbergers is captured clearly, and the leading personalities of the paper in the last fifty years are described accurately, but far too idolatrously. Except for Sydney Gruson, who was a Jewish, Irish, Canadian leprechaun with a startlingly good sense of humor, especially when he was married to Flora Lewis, who spent time at both the Times and the Post. They slugged it out verbally—Don Rickles and Joan Rivers going at it—but they weren’t endlessly interesting either. Abe Rosenthal, shabbily treated by the current Arthur Sulzberger at the end of a distinguished career, was an amiable journeyman, far from the foreign- and public-policy expert he fancied himself to be. Then-journalist James “Scotty” Reston was an opinionated, neat little bantam rooster, whose 1942 book, Prelude to Victory, was an exercise in hortatory boosterism, as if he felt that the oratorical efforts of Roosevelt and Churchill were insufficient to rouse the English-speaking peoples to their stern tasks. Various of the other leading Timesmen—managing editor Clifton Daniel, Turner Catledge, the paper’s vice president at the end of his career, and others—were of the Burberry-wearing, clichéd, World War II–correspondent type, of whom Edward R. Murrow was probably the greatest exemplar: affecting a worldliness that vastly exceeded their comprehension of what they were chronicling, as is usually the case with journalists; men who became legends to themselves a bit prematurely. When I first feared that the group had suffered acutely from Wartime Londonitis was when Walter Cronkite, another of them, accompanied President Nixon to China in 1972, and declared with great solemnity at the end of the first day of the visit that it was blessed with “a Hitler moon.” An arcane elaboration followed that must have caused many viewers to think that Walter had been jet-lagged into insensibility. This was apparently a good moon for the night bombing of Germany in the mid-1940s. The fact was that the war years were the good years to all of them. It was an exciting time, it was history, they had huge audiences and readerships, and were wooed with passion by their British hosts, especially the man-starved and, in any case, pretty sexually accessible women of and around the British upper classes. At times, Mr. Churchill’s daughter and daughter-in-law were having torrid affairs with Murrow, Lend-Lease Administrator Averell Harriman and the U.S. ambassador, John G. Winant. As I wrote in my biography of Roosevelt, “Mr. Churchill [was] an indulgent father and a full-service ally.” No one doubts who were the good guys between Churchillian Britain and Nazi Germany, and these people reported it well, but rather than dashing cavaliers womanizing in humanity’s interests in male-denuded wartime Britain, they were self-important pawns of their hosts and forerunners of the naive American droves of tourists in Europe in the 1950s and 1960s—John Gunther and Time magazine readers, armed to the teeth with Arthur Frommer’s Europe on 5 Dollars a Day. For the rest of their long and very media-exposed lives, they always seemed to derive some legitimacy, grandeur, and professional and patriotic pedigree from the fact that they rode the baggage train of General Eisenhower’s armies through liberated Europe. I never doubted that it was all newsworthy, an utterly virtuous and brave cause, that it was fun and adventuresome, and that they all performed professionally very capably, but there was always to me something irksome about the airs of the veteran, of the all-knowing witness to diluvian events that these fortunate and physically unthreatened men took upon themselves. This emerges in Talese’s book, but in groveling adherence and respect, not agnosticism, much less dissent. 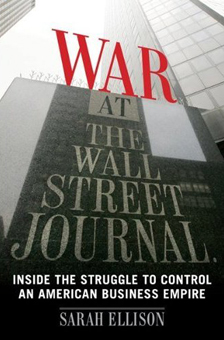