Order broke down in the thirteen North American colonies during the early 1770s as organized protests created alternative centers of authority beyond those sanctioned by the British crown. The British forces in the colonies, commanded by General Thomas Gage, operated under the control of civilian colonial officials. Gage spoke of dispersing Boston rioters like a Dublin mob, but he could not act until magistrates gave authorization. When organized resistance spread beyond port cities, it became harder to suppress with available troops. The 1773 Boston Tea Party marked a watershed, forcing British officials either to impose authority or acknowledge that they had lost it.

At this point, O’Shaughnessy writes, George III became actively involved with the growing American crisis and adopted a hard line. Believing that too much lenience had encouraged the colonists’ defiance, the king embraced Gage’s view that they would submit if British authorities took a resolute stance. Besides, a national mood of retribution emerged in Britain once the news of the Boston Tea Party arrived. North, who defined the question before Parliament as “whether we have or have not any authority in that country,” introduced the Coercive Acts—known to Americans as the Intolerable Acts—to punish Boston.

Returning to Massachusetts as governor, with joint civil and military authority, Gage found rebellious colonists holding the initiative. Pressing Americans to take sides, they compelled loyalists to flee or remain silent. In a letter to London authorities, Gage described a so-called provincial congress as seeming to “assume every power of a legal government.” He privately warned in November 1774 that New England would fight rather than yield. Gage presciently noted that, while a large force might intimidate opponents and draw support, “a middling one will encourage resistance, and gain no friends.” He recommended a British force of twenty thousand to put down the rebellion. Told from London that force should be met with force, Gage moved to secure colonial military stores during the following spring. Fighting at Lexington and Concord turned simmering resistance into outright war. Gage proclaimed martial law and told London he now needed thirty-two thousand men to restore order. Howe, Clinton and Burgoyne arrived in May 1775 to discover a deteriorating situation. The Battle of Bunker Hill, though a victory for the British, took a fearsome toll and showed that the colonists were more than a ragtag mob. Soon George Washington arrived to take command of colonial forces under the authority of the Continental Congress. Once news of Bunker Hill crossed the Atlantic, a British proclamation on August 23 formally declared the colonies in rebellion.

Sandwich wrote in October that “the nation seems more unanimous against the Americans, than I ever remember them in any point of great national concern since I have known Parliament.” George III, who had refused requests from the colonists to mediate their disputes with Parliament, embraced coercion with the backing of ministers and public opinion. The prevailing view was that the loss of the American colonies would be the first in a cascade of falling dominoes that would leave Britain a third-rate power like Sweden or the Dutch Republic. Caribbean islands dependent upon America for provisions would depart from necessity, taking vital revenue and markets, and Ireland also would soon fall. Only a determined effort to suppress the American revolt could avert catastrophe. Germain joined the government as colonial secretary in November 1775 to take bold, decisive measures required to end the revolt.

But these political leaders underestimated the military challenge before them. The fighting already had dispelled the illusion that British regulars could suppress American resistance with ease. Once Washington’s siege of Boston forced Howe to evacuate the city by sea, the British lost their only colonial foothold. Defeating the rebellion now involved the larger task of conquering America rather than holding territory and suppressing unrest. Germain realized the difficulties and thought it essential “to finish this rebellion in one campaign.” Britain lacked the means to support a protracted effort without disrupting its economy or risking security in Europe. North also feared higher taxes would turn the public against the government’s policy and fuel parliamentary opposition. A larger fleet risked provoking France and Spain into war, and Sandwich only received authorization to fully mobilize the navy in 1778. Britain fought its war in America with the forces on hand rather than those it needed.

BRITISH GENERALS understood that restoring the crown’s authority in America involved three related objectives. They had to defeat and disperse the Continental army; persuade the population to withdraw support—either active or passive—from the Continental Congress and its war effort; and compel American leaders to abandon their resistance. A decisive victory over Washington’s main force offered the quickest way to fulfill all three goals. Military and political leaders, convinced popular support for the revolution was thin, believed that only coercion by a determined minority kept its backers in power. Clinton thought it possible “to gain the hearts and subdue the minds of America” once the force behind that coercion was broken. Another officer captured the wider British view by distinguishing between loyal and disloyal Americans and urging British troops to “assist the good Americans to subdue the bad ones.” Defeating Washington would end what had become a civil war and enable loyalists to help suppress remaining unrest.

O’Shaughnessy argues that politicians and generals tried to accomplish too much with too little, gambling on a quick victory through seaborne mobility and the skill of British regular troops and commanders. Germain organized the largest force any European power ever assembled for service in the Americas for Howe’s attack on New York. The British won successive victories in 1776, nearly capturing Washington at Brooklyn Heights and driving the Continental army across the Hudson River into New Jersey. Although Washington complained that “our affairs are in a very bad way,” he kept his army together and withdrew behind the Delaware. Despite tactical victories, Howe fell short of his strategic objective against the elusive Washington. He also found less support from loyalists than anticipated. Washington’s counterattack on overextended British lines in New Jersey in late December erased many of the previous campaign’s gains and salvaged the American cause.

Howe and his brother, navy admiral Richard Howe, sought to leverage military success into a negotiated return to allegiance even after the United States had declared independence on July 4. Both leaders avoided harsh measures that risked alienating the population, but their ambiguous strategy failed to strike a fatal blow or bring political dividends. William Howe found neither the loyalist support he needed to restore the crown’s authority nor any willingness to discuss terms among representatives from the Continental Congress. North, who differed with his colleagues and the king in favoring concessions to end the conflict, also failed to find a middle ground between defeating the colonies and capitulating to them. He struggled to hold political support at home for the war Germain and Sandwich directed. North lacked the “despotic and commandeering temper” necessary to put the state in motion and focus efforts. Rather than imposing a consistent strategy to achieve the government’s policy, ministers largely deferred to commanders in America without coordinating their efforts.

THE FACT that Britain lacked the means to repeat a campaign on the scale of 1776 increased the pressure for a quick, decisive victory that would end the war on British terms. Germain had seen the opportunity for using armies in New York and Canada to separate New England from the other colonies. Coordinating operations given distance and communications of the day presented formidable difficulty, and Germain, partly by necessity, gave commanders discretion to follow their own plans. Howe used that discretion to mount a seaborne assault on Philadelphia rather than go up the Hudson Valley. Capturing the American capital, he believed, would inflict a major political setback and force Washington into a decisive battle with the potential to cripple the Continental army. But Howe’s gamble upset Germain’s plan and left Burgoyne’s army in Canada without support from New York.

Burgoyne, notes O’Shaughnessy, “showed a respect for rebel fighting ability and appreciation of the problems posed by warfare in America.” His plans called for the use of artillery to break up field entrenchments used by Americans for shelter, while mobility and flexibility would enable a quick movement down Lake Champlain and then over to the Hudson River. Though hampered by a lack of wagons and draft animals, Burgoyne achieved notable success in summer 1777 by capturing Ticonderoga. But then Burgoyne advanced beyond his supply line and any easy retreat avenue. Gambling his army on his ability to capture Albany, he ended up trapped and outnumbered at Saratoga, where he surrendered in early October. This decisive American victory soon brought France and later Spain into the war.

Meanwhile, Howe’s tactical victories in Pennsylvania did little beyond extending the British position over wider territory since Washington’s army withdrew south of Philadelphia. After another peace mission failed, Clinton replaced Howe, giving him orders to consolidate his forces in New York for defensive operations. With French intervention in 1778, Germain and Sandwich shifted resources to defend British interests in the West Indies, even at the risk of an attack on the British Isles. Sandwich had long been preoccupied with the threat from Britain’s rivals in Europe, but North and others in the cabinet bet on winning in America before France intervened. Now the war in America turned into a contest for imperial survival fought largely elsewhere. 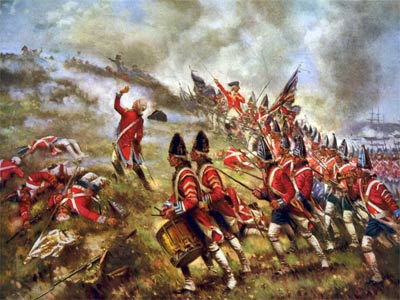