Ethnic intermingling was not the only problem. There was the related difficulty of defining the national group that was to be granted self-determination. Take Scotland. If Scots have such a right, the question immediately arises: Who is a Scot? In the referendum on independence to be held in Scotland in September of this year, all residents of that country over the age of sixteen will be able to exercise a vote. But many—perhaps a majority—of those voters are settlers from England, Ireland and Bangladesh, or descendants of such settlers over the past couple of centuries. Is it reasonable that they should have a say in this matter while most Scots living abroad have no say at all?

What that example shows is that there is a further difficulty contained within the concept of self-determination, that of indigenity. According to the principle of national self-determination, as generally understood by its advocates, a significant criterion for the exercise of national political rights is place of birth. That is why Judis believes that a great political wrong was done to the Palestinians when they were denied by Zionism the ability to determine their own destiny in their own land.

But are such rights heritable? Certainly, most Palestinian Arab nationalists and their supporters think so. Third- and fourth-generation inhabitants of Lebanon, Jordan and Syria still think of themselves not only as Palestinians but also as refugees with an inherent right of return.

How long do such rights inhere? The great majority of so-called Palestinian refugees were not, after all, themselves driven out of their homes in 1948. If Palestinians’ rights as refugees are heritable through the generations, is there some end point, or does that right endure, as Palestinian nationalists claim? Judis, while remaining silent on the issue of a right of return for the Palestinians, expresses eloquent sympathy for their plight:

Israel’s Jews had gained a world of their own but at the expense of another people. History, of course, often works that way. And if the people who are vanquished disappear, or are relatively weak and few in number, the victors can eventually lay aside the memory of what they have done. Few Georgians today remember or regret having driven the peaceful Cherokee Indians off their lands.

Perhaps the Cherokees and the Palestinian refugees deserve to have inherited rights recognized (let us leave aside, for the moment, which rights and in what form). But if so, does that not pull the rug out from under one of the chief complaints that is made against Zionism by its critics, including Judis—namely, that the Jewish claim to Palestine is based on an illegitimate appeal to inherited ancestral rights of residence and ownership? Does not Judis—as much as those he attacks—want to have it both ways?

JUDIS THINKS he has discovered the mote in the eye of the early American Zionists. He observes that while they were for the most part liberals in American politics, they were at the same time adherents of an ethnonationalist creed when it came to their ancestral homeland. He thinks the two positions are inconsistent.

They may be inconsistent, but they are not necessarily irreconcilable. What of the Italian Americans who were part of the Roosevelt coalition yet shamelessly acclaimed Mussolini? One of the main thoroughfares in Chicago is, to this day, named after Italo Balbo, the fascist aviator, brutal squadrista and colonial governor of Libya. (Conveniently for the purposes of political road naming, he fell out with Il Duce and died in an air crash before the outbreak of the Second World War.) I doubt any appeal for renaming to Mayor Rahm Emanuel would meet with success. And what of those Irish Americans, a similarly solid Democratic voting bloc for many decades, who funded and propagandized on behalf of the terrorists of the IRA, hardly liberals by any stretch of definition?

Contrary to Judis’s view, liberalism, viewed historically, was not at all incompatible with either nationalism or imperialism. Herbert Samuel, the first British high commissioner in Palestine under the mandate, was one of liberalism’s foremost theorists at the turn of the last century and yet a stout imperialist. Judis examines his record in Palestine, partly on the basis of a reading of my biography of Samuel. He asserts (here in no way reliant on my book) that Samuel “didn’t subscribe to the view of empire as an instrument of subduing and civilizing barbarous peoples.” Actually, Samuel came close to believing exactly that. So much is evident from his earliest involvement in imperial issues, when he supported Roger Casement in his denunciation of King Leopold’s murderous policies in the Congo in 1904. As home secretary twelve years later, he gave further expression to that view when he granted final approval for the hanging of Casement, who had evolved into an activist on behalf of his version of national self-determination in Ireland.

The second and shortest part of Judis’s book explores the early history of American Zionism, particularly in its relationship to Reform Judaism. In some effective and psychologically perceptive passages, Judis portrays the conflict of personalities and policies between Stephen Wise and Abba Hillel Silver for control over the American Zionist movement.

But then we quickly move on to part three, which focuses on the years 1945 to 1948, with a special emphasis on the influence of the Zionist lobby over the policies of the Truman administration. In this period, Judis contends, after a brief era of ethical uplift during the Second World War, the Zionists again descended into moral turpitude.

President Harry Truman, he shows, flip-flopped repeatedly in his attitude toward the Palestine question, as he gave way first to this, then that pressure group. There is some merit in this interpretation, but not much that will be new to readers familiar with the existing scholarly literature; for example, the works on the subject by Zvi Ganin and Michael J. Cohen.

Judis applauds the efforts of American Jews such as Magnes who opposed the movement toward U.S. support for the creation of a Jewish state. He suggests that if, in 1946, the Truman administration had exhibited more resistance to Zionist pressure, and if the United States had supported the peacemaking efforts in Palestine of the British foreign secretary Ernest Bevin and if the Zionist leadership had been ready to postpone any demand for independence, then “the Arab states might have been able to persuade their Palestinian colleagues to go along.” This chain of conditional clauses points, of course, to the improbability of such an outcome, which Judis himself is constrained to admit “may sound implausible.” Yet he is not discouraged. A little later he opines, writing now of the background to the 1947 partition vote at the United Nations, that “the Arab leaders might even have eventually accepted a small Jewish state.” There are many might-have-beens in the history of the Arab-Israeli conflict, but these two are among the more fanciful.

Undeniably there are some parallels between the irresolution of the Truman administration and that of the Obama administration in their policies toward the Middle East. The tergiversation last year over intervention in the Syrian civil war is a case in point. But Judis goes further, postulating not merely analogy but genealogy.

Indeed, the central argument of his book is that there is lineal descent: Judis traces the origin of the “pattern of surrender to Israel and its supporters” back to the Truman years. Truman’s failure to impose a just settlement in Palestine, he writes, “established a pattern that plagued his successors.” This is extrapolation masquerading as explanation.

The underlying argument does not carry conviction. After all, Israel received scant support from the United States during the Eisenhower administration, when its main great-power protector and arms supplier was not the United States but France. Dwight Eisenhower himself was distinctly hostile to the Anglo-French-Israeli invasion of Egypt in the autumn of 1956, and it was American pressure that compelled the Israeli prime minister, David Ben-Gurion, to pull Israeli troops out of every inch of Sinai as well as the Gaza Strip by early 1957. The Kennedy administration began selling limited quantities of advanced weaponry to Israel, but it was only after the 1967 Six-Day War that the United States became Israel’s main diplomatic patron and armament provider. THE PRO-ISRAEL LOBBY, of which Judis is highly critical, is unquestionably powerful, but it is not and has never been omnipotent. Judis exaggerates, for example, when he writes that the American Israel Public Affairs Committee (AIPAC) was “instrumental” in the defeat in 1984 of Illinois senator Charles Percy by his Democratic challenger Paul Simon; AIPAC’s hostility was merely one element in Senator Percy’s downfall.

Moreover, AIPAC cannot always prevent an American administration from applying unwelcome pressure on Israel. In March 1975, Secretary of State Henry Kissinger announced the failure of his mission to secure a second agreement between Israel and Egypt regarding the Sinai Peninsula. Israeli prime minister Yitzhak Rabin was refusing to budge from his position that an Israeli military presence must remain at the strategically vital Mitla and Gidi Passes in central Sinai. President Gerald Ford, “mad as hell” at what he regarded as Israeli “stalling,” announced a “reassessment” of American policy toward the Jewish state. Over the next six months the Americans refused to sign any new arms deals with Israel. The Israel lobby organized frantic activity on Capitol Hill. Seventy-six senators were strong-armed into signing a letter of protest to the president. The episode is often cited as an example of the power of the pro-Israel lobby. What is not so well remembered is that the U.S. pressure on Israel in fact worked. In September 1975, further exhaustive mediation by Kissinger produced an Israeli-Egyptian agreement on Sinai and the Suez Canal. Rabin ate his words and reluctantly agreed to withdraw Israeli troops from Mitla and Gidi in return for face-saving U.S. commitments. This was no passing episode. The agreement paved the way for the secret talks that led ultimately to the Israeli-Egyptian peace treaty of 1979. 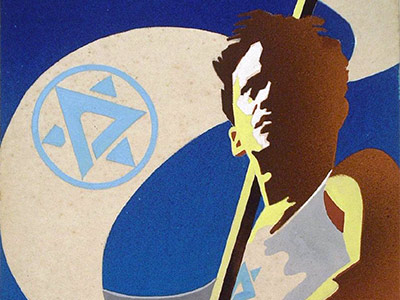