WHAT THIS history demonstrates is that the envoys chronicled by Fullilove were not pathfinders guiding their president and countrymen to destinations that only became discernible as a result of their research. They performed important tasks assigned them by the president, whom they served in furthering a plan of favorable engagement and retrieval of civilization that he had been silently preparing for years and started to execute with the quarantine speech. Obviously, details of it had to be adapted and timed to events that Roosevelt could not foresee or control.

FDR did not require the advice of Hopkins or Donovan or Willkie to reassure him that helping Britain stay in the war against Germany was a good idea. As for Willkie, Roosevelt liked him as a progressive Republican, unlike the other GOP leaders who had succeeded his distant cousin, Theodore, in leading that party. Herbert Hoover and Alf Landon were supporting the isolationists—as was Senator Robert Taft, son of the former president—and Roosevelt had fought a bruising juridical battle with the 1916 Republican presidential candidate, Chief Justice Charles Evans Hughes. Warren Harding and Calvin Coolidge had died—and were isolationists anyway. (Roosevelt had run for vice president along with James M. Cox against the Harding/Coolidge ticket in 1920.) He welcomed a Republican nominee whom he did not regard as a member of the political flat-earth society. Roosevelt had thought about trying to rationalize American politics by expelling the segregationist South from his party, as he had tried partially to do with some Southern Democrats in his attempted purge of 1938, and attract moderate Republicans in their place. Willkie might have played a role in that, but events of the war prevented him from pursuing such a course.

Likewise, there is no reason to believe William J. Donovan did more than confirm Roosevelt in his well-established opinion that Britain had to be assisted in every politically feasible way to remain in the war and serve as America’s first line of defense against the Nazi threat. Curiously, Fullilove does not mention Donovan’s most important service prior to the U.S. entry into World War II—namely, his trip to the Balkans in December 1940, in which he advised the government in Belgrade that the United States would assist Yugoslavia, and this was soon broadened to include lend-lease aid, if Belgrade did not cave to the Germans. This information, amplified by the efforts of the British intelligence service, helped produce the coup that overthrew the pro-German government in Belgrade in February 1941, which, along with Mussolini receiving a good thrashing from the Greeks, caused Hitler to delay the invasion of the Soviet Union by almost six weeks while the Wehrmacht subdued those countries, a decisive time in the first year of the Russo-German war.

Similarly, the book does not mention that Hopkins explained to Churchill the political equation in the United States at the beginning of 1941. There were, he said, four distinct blocs of public opinion in his country. About 10–15 percent of Americans were Communist or Nazi sympathizers, sheltering behind Charles Lindbergh; they professed to be neutral, but wanted a German victory. Some 15–20 percent, represented by the catastrophic former ambassador to Britain, Joseph P. Kennedy, wanted to help Britain but were pessimistic about that country’s chances and did not want to run any risk of war. Another 10–15 percent thought war was inevitable and victory for the democracies essential and achievable; they simply wanted to get on with it. This group included much of Roosevelt’s cabinet, including Secretary of War Henry Stimson, Secretary of the Navy Frank Knox, Secretary of the Treasury Henry Morgenthau and Secretary of the Interior Harold Ickes. Finally, the remaining 50–60 percent wanted to give all possible aid short of war to Britain and Canada even if that risked being drawn into the war, though they preferred to stay out of the war, at least for a time. Roosevelt had the support of almost all of this last group, as well as all of those who favored war and a chunk of the Kennedy faction. This represented 70–75 percent of the total, a formidable achievement in such political crosscurrents. Hopkins left Churchill in no doubt that Roosevelt himself was in the war camp with Stimson and the others, but he knew from American history, including Wilson’s experience in World War I, that he had to lead a united people into war.

It is true that in his brief visit to Stalin in July 1941, after his second Churchill visit, Hopkins did bring back some impressions of Stalin and of Soviet staying power that were valuable to both Churchill and Roosevelt. Yet even here, Hopkins was reporting, not altering the president’s policy to assist Russia. His observations had nothing to do with Roosevelt’s determination, already formed as Fullilove acknowledges, to extend a great deal of assistance to Stalin. Still, Roosevelt and Churchill both thought it might be difficult for Stalin to hang on much more than the first year before making a separate peace on the lines of the Nazi-Soviet Pact, but with borders well to the east of where this conflict began. But Hopkins was not so much increasing Roosevelt’s insight into European affairs as conveying for him the message that the British could count on American assistance. Hopkins was in London to reinforce the resolve and morale of the British, not to tell Roosevelt what he already knew. Hopkins concluded his first visit, in February 1941, with the famous and stirring adaptation from the Book of Ruth: “Whither thou goest, I will go; and where thou lodgest, I will lodge; thy people shall be my people, and thy God my God, even unto the end.” Hopkins came with this mandate and successfully conveyed his message. Churchill wept. It had already been a lonely and brave struggle, and the prospect of the approaching might of the New World was a vision of inexpressible consolation. Hopkins was also useful in setting up the first meeting between Roosevelt and Churchill in their present leadership capacities, in Newfoundland, but that was already in train when he returned for his second visit in June 1941.

Roosevelt considered Willkie, with some reason, to be a political innocent in Babylon, in domestic politics and even more so in foreign affairs, though he was grateful for his support in aiding the democracies. Willkie went on to tour the world and write a rather naive paean to world fellowship called One World, and was unduly entranced by Madame Chiang Kai-shek, whom Roosevelt, though also taken by her charms, regarded with considerable suspicion. On his world tour, Willkie repeatedly shot from the hip, calling for a second front in Western Europe to alleviate pressure on Stalin, long before the Western Allies were in any position to launch such an attack as anything other than a sacrificial distraction to the German Wehrmacht. He also demanded the preemptive dissolution of the British and French empires. Churchill famously replied, “I have not become the king’s first minister to preside over the liquidation of the British Empire.” And Charles de Gaulle responded in even more precise and dismissive acerbities. Willkie’s use to Roosevelt was to bring in Republican support and divide the opposition. When he was no longer of use to the wily president, Roosevelt discarded Willkie like so many others, though he issued a gracious statement when his former opponent died in 1944, aged only fifty-two. Willkie made a good impression on the British, as all Roosevelt’s emissaries did, but his principal accomplishment in London was physically delivering Roosevelt’s message to Churchill, including the famous quote from Longfellow:

Sail on, Oh ship of state!

Humanity, with all its fears,

With all its hopes for future years,

Is hanging breathless on thy fate.

Churchill read those lines over the radio in a world broadcast.

THE REAL importance of Willkie and Donovan was that they contributed to Roosevelt’s effort to present what amounted to a coalition government without the president himself yielding a scintilla of his own authority or flexibility of movement. The week before the 1940 Republican convention, he had brought into his government Stimson, a former cabinet member of Theodore Roosevelt and Herbert Hoover, along with Knox, the 1936 Republican candidate for vice president. Stimson took over the War Department, while Knox became secretary of the navy. Then, within three months of winning a third term, FDR sent his Republican opponent to Britain as his special envoy. In the meantime, New Hampshire’s Republican governor John G. Winant had been appointed ambassador to Britain, and Donovan, a former GOP candidate for New York governor, had been effectively established as head of intelligence. He had also engaged Hoover’s war secretary, General Patrick Hurley, as another special adviser. All of these men—except Hurley, who was a reactionary Bull Moose—carried out their assigned missions very competently, and all had great symbolic value.

Again, there is no reason to imagine that Roosevelt expected much, if anything, from Sumner Welles’s trip to Rome, Berlin, Paris and London in March 1940. The president didn’t feel he should be completely inactive, but the author’s supposition that he harbored ideas of delaying the anticipated German spring offensive is completely unsubstantiated. The descriptions of the details here are interesting, but nothing was unearthed that did other than reinforce Roosevelt’s concern that the democracies were not strong enough to defeat Germany. The British and French, both stronger at the start of World War I in 1914 than they were in 1940, could not defeat Germany without the intervention of the United States, even with Russia as an ally. And they certainly could not do so with the Russians as a neutral with friendly ties to Hitler under the Nazi-Soviet Pact. 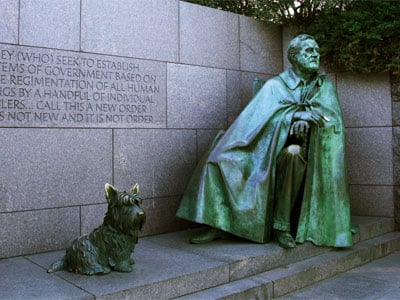