Scholars of the World Unite!

IN THE end, these authors pin their hopes on the same academic messiah. If university presidents had the power to act as CEOs, they could cut the Gordian knots. So let’s give them the power to dismiss professors who are overpaid and past their sell-by dates, and to set all the others to teaching four or five courses a term. Just run the university as a teaching corporation, in other words, and all will be well. Strip faculty of tenure, since existing constitutional law will protect professors’ freedom of speech and tenure has no other function. Cut our excessive salaries and refuse to support research with sabbatical leaves and grants. Then we professors can be put back to work in the classroom, the only place we actually belong, offering a fair day’s work for a modest day’s pay. The university will once again be doing its proper job, giving students basic skills and civic values by making them read the classics (Hacker and Dreifus) or preparing them to compete in a hot, flat world by helping them learn to abandon old, tired linear arguments for the multimedia juxtapositions and digressions possible in digital work (Taylor). Presumably, professors—except for the incorrigible ones—will happily collaborate in building new curricula to meet their new circumstances. (Neither book explains why able people would want to become professors in these new systems, both of which would reduce their jobs to glorified versions of high school teaching.)

This is not a new idea. As Frank Donoghue showed in The Last Professors, some of the entrepreneurs who created big business in America in the decades around 1900 believed that universities should be run like factories, with stern time discipline and no tenure. It’s also not a good idea. The American corporate model looks a little battered at the moment, while American universities have become paragons of learning to which all the world aspires. Does it really make sense to refashion Harvard in the image of GM or BP? For all the problems tenure causes, it has proved its value over time—and not only, or mainly, as a way of protecting free speech. Sometimes, basic research in humanities, social science and natural science pays off quickly in real-world results. More often, though, it takes a generation or so for practical implications to become clear. That’s how long it took, for example, for new research (most of it done in universities) which showed how central slavery was to both the life of the South and the outbreak of the Civil War, to transform the way public historians present the American past at historical sites. That’s how long it will probably take for the genomic research that is currently exploding to have a practical impact on medical treatment. Basic research doesn’t immediately fatten the bottom line, even in the fiscal quarter when results are announced. Many corporations have cut or withdrawn their support for it, on strictly economic grounds. In earlier decades, AT&T (later Lucent Technologies), RCA, Xerox and other industrial companies did a vast amount of basic research. AT&T’s Bell Labs, for one, created the transistor and the photovoltaic cell, and mounted the first TV and fax transmissions. But funding fell and corporate priorities changed—and they have shrunk in every sense ever since. Just one thousand employees walk the darkened corridors of Bell Labs, down from a staff of thirty thousand in 2001. We need universities, and tenured professors, to carry on the basic research that most corporations have abandoned. What we don’t need is for universities to adopt the style of management that wrecked the corporate research centers.

FOR ALL their faults, both of these books illuminate some dark recesses of the American university system, and they deserve credit for doing so. But they are cast in a polemical and condescending key that will win few admirers among the professors whose lives and attitudes they hope to transform. Their analyses and their suggestions lack the depth and specificity that someone like Kirp attained by carrying out detailed case studies of individual colleges and universities. Neither of them confronts—or even mentions—some of the basic causes for the problems they have identified: the widespread collapse of public secondary education, which sends so many students to university unprepared and turns college courses into remedial work; or the disappearance of the idea that a solid education is a public good that societies should provide to as many of their members as possible. Strangest of all, these erudite writers show little understanding of the intellectual richness and variety that have made American universities the envy of observers around the world—observers who are horrified by our failing infrastructure, our radically unequal system of health care and our wretched provision for the poorest of our poor. As Michael Crow—the reforming president of Arizona State, much admired by Hacker and Dreifus—has made clear by example (as when he hired Kip Hodges, a longtime professor of earth, atmospheric and planetary sciences at the interdisciplinary-center-creator-par-excellence MIT, to run a new School of Earth and Space Exploration), the way to improve on traditional models is not to abandon them but to go them one better. The solution is to offer gifted scientists and scholars who have proved themselves in the old system new and better ways to do their work. More radical proposals sound good, stir up brief but heated debates and sell books. But they will not help us save the complex, delicate ecology of teaching and learning from the ice age that now threatens it.

Anthony Grafton is the Henry Putnam University Professor of History at Princeton University. 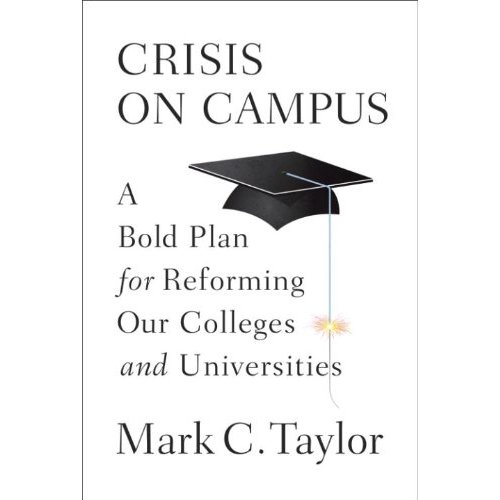