In the Hall of the Vulcans

PERHAPS MOST depressing of all is the shunning of expertise and openness, the rewarding of conventionality and the total lack of incentive to give a damn about these countries over the long run. One reason experts were ignored—and may well be again in future—is brought out by Zakheim at various points: it is the intense suspicion of “Arabists” by supporters of Israel within the administration. Incredibly, Zakheim—an Orthodox Jew and a deeply committed supporter of Israel (as he stresses in this book)—describes Wolfowitz criticizing him as being “too close to the Arabs” when he raised doubts about an attack on Iraq.

The most shattering reflection on the nature of the U.S.-Israeli alliance—once again, recorded by a passionate friend of Israel—is as follows:

The Israelis did offer to provide materiel support for the U.S. efforts in Iraq and Afghanistan and did not insist on taking credit for it publicly. Initially I was delighted by the offer on two counts. First, the Israeli military was reputed to be among the world’s best, and its systems would be a welcome addition to our own. And second, the United States provided Israel with billions of dollars’ worth of military assistance, and it seemed appropriate, at least to me, that Israel should offer to help America in its own time of need. But then the Israelis told me that the U.S. government would “of course” have to buy whatever it was that Israel made available. I was not amused, and told them “thanks, but no thanks.”

No additional comment is necessary on the virtually insane (from an American point of view) form that this relationship has now assumed.

Hostility to “Arabists” has not been the only reason why the U.S. government seems to have a certain difficulty in maintaining and listening to experts on particular countries. The system of political appointments ensures that most people with real expertise will be kept out of the senior ranks of the bureaucracy. The immense scale of America’s global commitments means that people who reach the top are likely to be generalists. The intense prejudices and preconceptions which have gripped the Beltway establishment with regard to particular countries (Russia is perhaps an even more striking example than the Muslim world) mean that for long periods anyone who has wished for promotion has had to tailor his or her attitudes to the prevailing norm. Finally, to repeat an earlier point, the central government has grown so enormous and complex that it spends far too much of its time administering itself, or engaged in fratricidal turf wars.

When it comes to state building, however, there is another problem, which applies equally to Europe. Zakheim makes a very strong argument that by plunging into Iraq and neglecting Afghanistan, the Bush administration (and once again, the sheer inertia of the Washington system) destroyed a good chance to build a successful Afghan state between 2001 and 2007 and enabled the resurgence of the Taliban. To a considerable degree I would agree with this.

Yet it must also be said that the entire Western state-building effort on the ground in Afghanistan in those years was deeply unimpressive, not so much because of lack of money but because of the lack of any real commitment and willingness for sacrifice on the part of too many of the civilian officials stationed there. Indeed, by far the greater number seemed basically uninterested. As a result, even before Taliban attacks became truly dangerous, the Western official and NGO world in Kabul became a closed round of paper shuffling and expatriate parties full of people on short-term contracts, divorced from Afghan society and with neither the time nor the inclination to find out about the place. Thus the U.S. military (without preparation and very much against its inclinations) was forced to pick up most of the real work of nation building outside Kabul—alas, very probably several years too late. Unless these failings can be corrected, any future Western attempts to create workable societies, governance and infrastructure in countries like Afghanistan will meet the same fate as the Afghan operation to date—a fate which Zakheim’s essential memoir does so much to explain.

Anatol Lieven, a senior editor at The National Interest, is a professor in the War Studies Department of King’s College London. His latest book, Pakistan: A Hard Country, was published in April by PublicAffairs.

Pullquote: In Afghanistan—as in Vietnam in the early 1970s—it may however be too late both on the ground and in the minds of the American public for this to make much of a difference.Image: 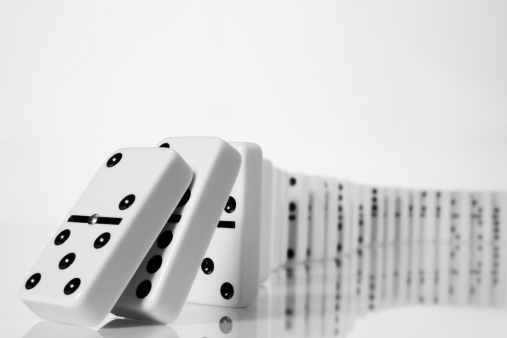