The goal of our national security should not be just the defense and promotion of our interests, but the creation of conditions globally that are commensurate with American interests and values. The rule of law, freedom of expression, freedom of the press, the flow of information, respect for human rights, protection of minorities, the empowerment of women, free trade, systems that empower entrepreneurs and individual expression, the accountability of governments, and transparent civil institutions are all goals that the United States and American society should be promoting.

There is much in Zarate’s book that enlightens us, and he gets many things right and proposes some innovative ideas. But unfortunately he concludes by endorsing the same old Wilsonian recipe for endless overseas intervention that energizes many of the nonstate and state actors he correctly sees as American enemies that must be defeated. As the Founders explained, foreign policy is not about building an empire—an ambition, as John Dickinson noted, that is “fatal to republican forms of government”—but about defending America, protecting its material interests, and, at the margin, letting foreigners observe and perhaps choose to copy domestic behaviors that produce thrift, prosperity and liberty.

By endorsing an already-failed interventionist policy, Zarate urges the reinforcement of failure. It is “a mistaken opinion,” Benjamin Franklin once argued, “that the honor and dignity of a government is better supported by persisting in a wrong measure once entered into, than by rectifying an error as soon as it is discovered.” Interventionism-cum-empire building of the kind Zarate supports is a mistake that has severely undermined America’s “honor and dignity.”

More than two hundred years ago, George Washington said that U.S. foreign policy must focus on observing “good faith and justice towards all nations” and facilitate the cultivation of “peace and harmony with all.” The only path toward such a policy, Washington argued, was to abide by a hard-and-fast rule that “no nation has a right to intermeddle in the internal concerns of another; that everyone had a right to form and adopt whatever government they liked best to live under themselves.” Washington’s warning against U.S. intervention abroad remains today, as scholar Richard Norton Smith wrote two decades ago, “a brilliantly drawn road map to national survival and a fully realized independence.” This is particularly true given that the United States today faces the same condition that confronted it in Washington’s time: namely, as he put it, “a people . . . already deeply in debt, and in a convalescent state from the struggle we have been engaged in ourselves.”

At day’s end, America owes the world no more than the respect Washington pledged—and owes itself no less than the survival, liberty and prosperity his noninterventionism assured.

Michael Scheuer spent twenty-two years in the CIA and is the author, most recently, of Osama Bin Laden (Oxford University Press, 2011). He is working on a forthcoming book on the Founding Fathers’ prescription for a noninterventionist foreign policy. 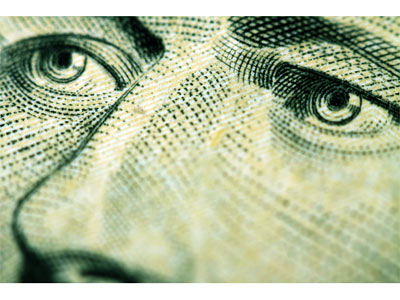