IN THE The Myth of America’s Decline, Josef Joffe offers a book-length version of what, by now, is a familiar line of argument—the antideclinist polemic. Joffe, the American-educated publisher of the German weekly Die Zeit, has been closely associated with neoconservative foreign-policy thinkers on both sides of the Atlantic for a generation. An engaging and entertaining writer, widely read in history and current events, Joffe scores many hits against his targets. But he goes too far in trying to counter the errors of declinism with a defense of American triumphalism. Instead of dispelling myths about America, he creates his own.

The terms “declinism” and “neoconservatism” have been the sibling rivals of American foreign policy. Both terms originated and passed into popular usage around the same time, during the latter stages of the Cold War. And both terms originated as insults. After the socialist thinker and leader Michael Harrington sought to stigmatize liberal and social-democratic opponents of the New Left by calling them “neoconservatives,” Irving Kristol and others adopted what was intended as an insult as the name of their movement, though some intellectuals such as Daniel Bell and Sidney Hook continued to insist that they remained on the left, not the right. “Declinism,” another insult masquerading as a description, was popularized by the late Samuel P. Huntington, a neoconservative Democrat, in a 1988 article for Foreign Affairs. In the piece, he criticized Paul Kennedy (among others) for underestimating America’s power and potential, most notably in Kennedy’s 1987 surprise best seller The Rise and Fall of the Great Powers. Unlike neoconservatism, however, declinism has not been adopted as a proud label by any individual or school of thought.

Ever since Huntington’s essay, neoconservatism and declinism have been closely linked—if only because thinkers and writers of the neoconservative school have specialized in denouncing those who do not share their optimistic vision of America’s potential power and influence as “declinists.” An all-purpose term of abuse, “declinism” allows neoconservatives to denounce their rivals across the political spectrum, from paleoconservative and libertarian isolationists who have always supported a minimalist foreign policy to anti-interventionist liberals who insist on “nation building at home” and realists who propose a U.S. foreign policy of “offshore balancing.”

Much of The Myth of America’s Decline is, in effect, a restatement, updating and expansion of Huntington’s 1988 article, “The U.S.—Decline or Renewal?” In it, Huntington declared:

In 1988 the United States reached the zenith of its fifth wave of declinism since the 1950s. The roots of this phenomenon lie in the political economy literature of the early 1980s that analyzed the fading American economic hegemony and attempted to identify the consequences of its disappearance. These themes were picked up in more popular and policy-oriented writings, and the combination of the budget and trade deficits plus the October 1987 stock market crash produced the environment for the spectacular success of Paul Kennedy’s scholarly historical analysis in early 1988 [The Rise and Fall of the Great Powers]. Decline has been on everyone’s mind, and the arguments of the declinists have stimulated lively public debate.

First, the United States is declining economically. . . . Second, economic power is the central element of a nation’s strength, and hence a decline in economic power eventually affects the other dimensions of national power. Third, the relative economic decline of the United States is caused primarily by its spending too much for military purposes, which in turn is the result, in Kennedy’s words, of “imperial overstretch,” of attempting to maintain commitments abroad that the country can no longer afford.

Declinist literature sets forth images of a nation winding down economically, living beyond its means, losing its competitive edge to more dynamic peoples, sagging under the burdens of empire, and suffering from a variety of intensifying social, economic and political ills. It follows that American leadership must recognize and acquiesce in these conditions and accept the “need to ‘manage’ affairs so that the relative erosion of the United States’ position takes place slowly and smoothly, and is not accelerated by policies which bring merely short-term advantage but longer-term disadvantage.”

Joffe follows Huntington in describing several waves of declinism. In Joffe’s version of the schema, Decline 1.0 in the late 1950s and the early 1960s was associated with the shock of Sputnik and the fear that the United States was losing the arms race and the space race to a dynamic Soviet Union. Decline 2.0 came with the “malaise” (to use Jimmy Carter’s term) that afflicted the American national psyche in the 1970s, when U.S. failure in Vietnam, out-of-control inflation and two oil-price shocks created a depressed and defensive national mood.

A third wave of declinism, according to Joffe, took place in the 1980s, when Americans feared economic eclipse by a rapidly growing Japan and perhaps Western Europe. In the fourth and fifth waves, American decline has been attributed by some to a rising China or a broken economy, symbolized by the U.S.-centered financial crisis that triggered the Great Recession.

Joffe notes that each time that the perception of American decline has become part of the conventional wisdom, the foreign challenger has failed and the United States has enjoyed, at least temporarily, an economic and military comeback. Thus, the Soviet Union that seemed unstoppable at the time of Sputnik stagnated in the 1970s and 1980s and disintegrated in the 1990s. Japan’s remarkable industrial boom gave way to decades of stagnation following the crash of the early 1990s. China’s rapid economic takeoff, like Japan’s, cannot be sustained over time. And thanks to shale gas and other factors, the United States, where the Great Recession originated, may find it easier to recover than China, Japan and Germany find it to rebalance their economies away from excessive dependence on export markets.

Joffe provides a thorough and often-amusing history of alarmist prophecies culled from the public debates of the last half century, from misguided alarm about the “missile gap” in the Kennedy years to Ezra Vogel’s 1979 work Japan as Number One. And he makes a shrewd observation about the popularity of the jeremiad as a genre in America. Arguments that the United States is about to lose its place in the world, Joffe observes, often have been deployed to persuade Americans to undertake reforms that are desirable for other reasons.

A good example of this tendency is provided by Joffe in the case of American education reform. Again and again, the proponents of reforms in schooling (justifiable on their own merits) have felt the need to justify them in terms of America’s geopolitical competition with the Soviets or America’s geoeconomic competition with the Japanese or the Chinese—“Sputnik moments.” After the National Academies issued an alarmist report claiming that America graduated only seventy thousand engineers in a year, compared to 350,000 in India and more than six hundred thousand in China, subsequent reports slashed the Chinese and Indian numbers, which included many students who would be considered lower-level technicians in the United States.

Comparing the richest, best-educated, and privileged city of China with a broad sample of U.S. and European schools is like matching a choice apple against the entire harvest. Pitting Shanghai against Cambridge, Palo Alto, and Bethesda with their “tiger mothers” and “Volvo dads” would have yielded a different tally.

As Joffe points out, when America’s disproportionately poor and less educated immigrant population is factored out, the United States rises from the middle of PISA rankings to near the top. In this case, declinism is bipartisan; misleading claims that America’s relatively successful educational system is a failure allows the Left to justify higher spending on public schools even as it allows the Right to argue for charter schools or complete privatization of K-12 education.

IF JOFFE HAD limited The Myth of America’s Decline to observations like these, he would have produced a slight but persuasive study of the perils of linear extrapolation in geopolitics and the abuse by American reformers of the jeremiad as a genre. Unfortunately, he defends a version of American “triumphalism” that is as unbalanced as the very declinism he scorns. It is not enough for Joffe to declare that the United States is not doomed to relative decadence and decline; he must insist that Europe and Asia are themselves doomed to decadence and decline relative to the United States. Among other things, this inverted declinism makes Joffe an unreliable guide to the subjects of economic growth, demography and the welfare state.

Consider his views on capitalism. Joffe contrasts state-directed, “modernitarian” capitalism like that of Japan, the “little tigers” and now China with the “liberal capitalism” exemplified most by Britain and the United States. To maintain his dichotomy between modernitarianism and liberalism, Joffe must rewrite British and American history, to minimize the significant “modernitarian” or state-capitalist and mercantilist periods. Joffe says that free trade was “an early American idea that defied the mercantilist spirit of the times.” He adds: 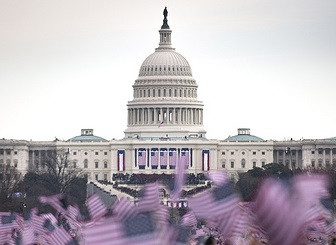