Although the growing power of central bankers since the 1970s is largely a political phenomenon, it has been scantly discussed in political discourse. Outside the grim ghettos of financial media, the issue of central-bank accountability is not a hot topic. The global bureaucracy of central bankers operates across national boundaries, exercising huge authority over both fiscal and monetary policy while avoiding explicit political responsibility. The Fed is all-powerful, for example, yet largely unaccountable.

In his classic 1995 book Confidence Game, Steven Solomon described how economic change in the 1980s and 1990s created a political vacuum in terms of policy mechanisms to address global currency and capital flows—and how that void was effectively filled by central bankers. Global capital mobility caused governments’ sovereign control over national savings and national monetary policy to slip away—or, more specifically, to be pooled. According to Solomon, George Shultz characterizes the new era as one in which

the “court of the allocation of world savings” every day judges the economic policies of governments, rewarding those it favored with investment and strong currencies and punishing others by withholding capital and weak currencies. . . . Capital was free to pursue its innate profit-expansive logic regardless of geographic boundary or political consequences.

In his new book The Alchemists: Three Central Bankers and a World on Fire, Neil Irwin picks up the policy and personal narrative of this global central-bank priesthood. Like other journalists turned authors such as Solomon, William Greider and Martin Mayer, Irwin brings to the task his personal experience with the people at central banks. Irwin, who has covered the Fed and economic issues for the Washington Post for over a decade, is now a Post columnist and the economics editor of Wonkblog.

Irwin explains the evolution of the global fraternity of central bankers through the actions and deliberations of three key figures: Ben Bernanke, chairman of the U.S. Federal Reserve; Jean-Claude Trichet, president of the European Central Bank (ECB) from 2003 to 2011; and Mervyn King, governor of the Bank of England and chairman of its Monetary Policy Committee. He starts right off with a blunt assessment of the role of the central banker in Western democracies:

Central bankers uphold one end of a grand bargain that has evolved over the past 350 years. Democracies grant these secretive technocrats control over their nations’ economies; in exchange, they ask only for a stable currency and sustained prosperity (something that is easier said than achieved). Central bankers determine whether people can get jobs, whether their savings are secure, and, ultimately, whether their nation prospers or fails.

Regrettably, this is an accurate assessment of the political situation with respect to central bankers generally and the U.S. Federal Reserve System in particular. They have been given a very wide economic portfolio. But it wasn’t always thus. A little history provides a context for Irwin’s tale. In the 1970s and 1980s, the chief concern of central bankers and their political patrons was inflation, an economic concept well understood by Americans. Experience with soaring living costs, scarcity of jobs and price controls going back to World War I meant Americans generally supported efforts by the government to curb inflation, even if jobs were also a big concern. Even in colonial times, inflation and bad money had chastened the common man against paper currency issued by unscrupulous bankers. This was one reason why the United States did not have a central bank for eighty years prior to World War I. This sentiment was well articulated by President Andrew Jackson when he killed, through his veto, the reauthorization of the Second Bank of the United States:

Every monopoly and all exclusive privileges are granted at the expense of the public, which ought to receive a fair equivalent. The many millions which this act proposes to bestow on the stockholders of the existing bank must come directly or indirectly out of the earnings of the American people. It is due to them, therefore, if their Government sell monopolies and exclusive privileges, that they should at least exact for them as much as they are worth in open market. The value of the monopoly in this case may be correctly ascertained. The twenty-eight millions of stock would probably be at an advance of 50 per cent, and command in market at least $42,000,000, subject to the payment of the present bonus. The present value of the monopoly, therefore, is $17,000,000, and this the act proposes to sell for three millions, payable in fifteen annual installments of $200,000 each.

Chief among Jackson’s objections to the Second Bank of the United States was governance—namely, the role of private individuals as shareholders and a lack of accountability to the states. But in the eighty years following Jackson’s veto, much changed. By 1913 the concept of a central bank was greeted with a good bit of relief in the business community. The economy was in a miserable state, and many Americans were weary of periodic financial crises. The creation of the Fed in 1913 marked a new willingness on the part of Americans to tolerate management of the economy by the federal government in Washington.

THE U.S. economy surged early in the World War I period, but when the credit ran out, the exports to Europe stopped. The American economy once again fell into the doldrums. In those days, the Fed was constrained to back all of the paper money in circulation—that is, “Federal Reserve notes”—with 40 percent gold and 100 percent commercial paper. Because of such restrictions, monetary policy was not a significant factor in the 1920s economy, especially compared to today.

Such was the antipathy to inflation a century ago that the idea of artificially stimulating economic activity—which in our day goes by the name of “quantitative easing” and is the current policy of the Fed and other world central banks—would never have been considered. But government action in the form of war spending and debt issuance did have a big impact on the economy during World War I. O.P. Austin, chief statistician of the foreign-trade department of the National City Bank of New York (the predecessor of Citigroup), observed in 1917 that “world currency” had grown by 80 percent in the preceding five years and government debt by 140 percent, while population had grown by only 2.5 percent. He noted further that significant price increases soon followed this rise in spending and government debt issuance—instituted to support World War I—and that most of the inflation came via “uncovered paper.” The U.S. economy slid into the Roaring Twenties, a decade of commodity deflation, rising urban unemployment, land speculation and financial shenanigans that would conclude with the crash of 1929. Through the Great Depression and World War II, central banks took a backseat to government agencies such as the Reconstruction Finance Corporation, which funded policy objectives through direct borrowing. The Fed kept interest rates artificially low until the outbreak of the Korean War, in part because creating jobs for returning soldiers was a national priority. Rapid domestic growth and job creation after the war made inflation the primary concern of Fed policy, but interest rates remained relatively low through the late 1960s. But by the early 1970s, the forces of inflation and unemployment once again rose to a level of national concern.

In 1971, Richard Nixon announced a cluster of momentous policy initiatives—the end of official sales of gold, effective devaluation of the dollar, and federal wage and price controls. This potent brew was crafted by a special working group that included Secretary of the Treasury John Connally, Under Secretary of the Treasury for Monetary Affairs Paul Volcker and others. It is fair to say that Nixon only vaguely understood what he was doing. While it is true that FDR actually closed the gold window decades earlier with his confiscation of domestic precious metals held by individuals, it was Nixon who loosed the Fed from “the surly bonds of earth” in a fiscal and monetary sense. Nixon unleashed domestic debt issuance and inflation by officially abandoning the limiting equivalence of the dollar and gold set at Bretton Woods. When FDR and Abraham Lincoln had taken similar actions in the past, it was on the eve of war. Nixon’s decision, by contrast, turned largely on personal political considerations.

After 1971, the dollar became a pure fiat currency, meaning its value was set by law or other governmental interventions. It is worth noting that after the vast monetary expansions during the Civil War and World War I, the U.S. government eventually returned to gold convertibility. There was no such intention with Nixon’s unilateral decision, which caused an international panic and forced other countries to follow suit and allow their currencies to “float” against the dollar. Thus did fiat money become commonplace around the globe. By the time of his reelection campaign in 1972, Nixon had seen the dollar lose a quarter of its purchasing power to inflation during his first term. The financial credibility of the U.S. government and the Federal Reserve System had reached a new low. 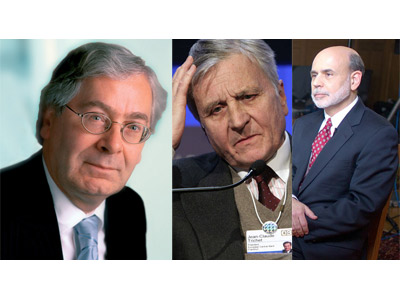