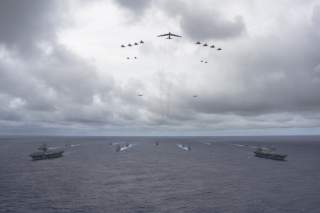 Precisely a hundred years ago today, the richest man in the world sent New Year’s greetings to a thousand of the most influential leaders in the U.S. and Europe announcing: mission accomplished. “International Peace,” he proclaimed, “is to prevail through the Great Powers agreeing to settle their disputes by International Law, the pen thus proving mightier than the sword.”

Having immigrated to the US penniless, created the steel industry as a pillar of America's rise to preeminence, and become fabulously wealthy in the process, Andrew Carnegie had the confidence of a man who had achieved the impossible. When he turned from making money to spending it for public purposes, his goals were universal literacy at home (funding public libraries in cities and towns across America), and perpetual peace abroad, starting with the great powers of Europe and the US.

Events in the year that had just ended convinced Carnegie that 1914 would be the decisive turning point towards peace. Just six months earlier, his decade-long campaign culminated in the inauguration of the Peace Palace at the Hague, which he believed would become the Supreme Court of nations. The Palace was built to house the new International Court of Arbitration that would now arbitrate disputes among nations that had historically been settled by war. As the Economist noted, “the Palace of Peace embodies the great idea that gradually law will take the place of war."

Carnegie's Peace Palace captured the zeitgeist of the era. The most celebrated book of the decade, The Great Illusion, published in 1910, sold over two million copies. In it, Norman Angell exposed the long-held belief that nations could advance their interests by war as an "illusion." His analysis showed that conquest was "futile" because "the war-like do not inherit the earth."

However inspiring his hopes, Carnegie’s vision proved the illusion. Six months after his New Year’s greeting, a Serbian terrorist assassinated the Austro-Hungarian Archduke. Nine months on, the guns of August began a slaughter on a scale that demanded a new category: "World War.” By 1918, Europe lay devastated, and a millennium in which it had been the creative center of the world was over.

As we enter 2014, war between great powers seems almost inconceivable. But if we start at the other end of the telescope by imagining that a Great War with some similarities to World War I actually happened, what could future historians find in current conditions that permitted events to ride mankind to another catastrophe?

If we start with the fact that it happened, we know who the primary combatants had to be. Russia is no longer a great power player; Europe has disarmed itself; the Middle East, Africa, and Latin America are arenas for local wars. In the growing competition between the U.S. and China, however, one can hear echoes of 1914.

First, a tangled cluster of factors can be summarized as "Thucydides Trap." When a rapidly rising power rivals an established ruling power, trouble ensues. In 11 of 15 cases in which this has occurred in the past 500 years, the result was war. The great Greek historian Thucydides identified these structural stresses as the primary cause of the war between Athens and Sparta in ancient Greece. In his oft-quoted insight, “it was the rise of Athens and the fear that this inspired in Sparta that made war inevitable.”

Note that Thucydides identified two factors: rise and fear. Today, a rising China naturally expects more respect and predictably demands greater say and sway in the resolution of differences among nations. It becomes more conscious of past grievances, especially in relations with Japan, and more determined to revise previous arrangements and practices to reflect new realities.

For the US, accustomed to our position in the pecking order, calls for revision in the status quo raise concerns. The Pax Pacifica established and enforced by the US for seven decades since World War II has provided an economic and security order in which the nations of Asia, including China, have enjoyed unprecedented peace and prosperity. Demands for change, especially through unilateral actions, not only seem ungrateful, but raise alarms.

Both Thucydides and 1914 remind us of a second cluster of factors that in these conditions can become the trigger for war: namely, entangling relationships with allies. In ancient Greece, an attack by Corcyra (now Corfu) on Corinth forced Sparta to come to its defense, leaving Athens little choice but to back up its ally. In 1914 the Austro-Hungarian Emperor took the assassination as an opportunity to reestablish his authority in Serbia, Russia felt obliged to come to the rescue of its Orthodox cousins in the Balkans, Germany supported its Austro-Hungarian ally in the hope that success in the Balkans would make it a more valuable counterbalance to the Russian-French threat, and the rest became history. As Chris Clark's new book, The Sleepwalkers, explains, these leaders proceeded "watchful but unseeing, haunted by dreams, yet blind to the reality of the horror they were about to bring into the world."

What about 2014? Can we sketch a scenario today that could sleepwalk to war? Fortunately, not easily. Of course, there could well be incidents in or over the South or East China Sea in which US and Chinese warships or aircraft collide. Recall, this occurred in 2001 near Hainan Island, when a hotrodding Chinese pilot caused a U.S. spycraft to make an emergency landing in China. Tense moments ensued, but both governments contained themselves and the crisis was resolved. Recently a Chinese ship in the South China Sea would have rammed an American warship had the US captain not changed course at the last minute. While playing chicken with military ships and aircraft is foolish, both the US and China have "wargamed" these possibilities so thoroughly that it is reasonable to expect adult supervision before matters get out of hand.

More problematic are potential confrontations between Japan and China. Japan is America's principal ally in Asia, and the US-Japan Mutual Defense Treaty commits the US to come to its defense. Whether knowingly or unwittingly, when the US returned Okinawa to Japan in 1972, it included a string of largely unknown islands in the East China Sea called the Senkakus. On Chinese maps, these are named the Diaoyus, and China claims them as its own.

Historically, one of the surest predictors of hostility between nations are territorial disputes. (Japan and Russia have still not signed a peace treaty for the war that ended in 1945 because the Russians control four islands the Japanese regard as theirs.) Claims about others seizing "our territory" stir nationalistic passions in autocracies and democracies alike. Moreover, as the Austro-Hungarian case demonstrates vividly, nations in decline feel increasingly insecure and become more susceptible to fantasies that promise to restore their rightful place by a bold stroke.

For Japanese, the last twenty years are "lost decades" of economic stagnation and national decline in which China overtook and then displaced them as the second largest economy in the world. Japan's Prime Minister Abe came to power determined to revive economic growth at home and respect for Japan abroad. By radical changes in Japanese monetary policy, including its own version of quantitative easing, decades of disinflation have been reversed, and Japan's economy is showing modest signs of recovery. Abe's grander ambitions, however, are to rebuild Japan's military power, revise what many Japanese see as a US-imposed peace treaty that ended World War II, significantly increase Japan's defense spending, and demonstrate that Japan can stand up to defend its own territory.

Thus my most likely scenario for war in 2014 would begin with initiatives like China's recent unilateral declaration of an exclusive air zone over the islands in the East China Sea that trigger escalatory responses by Japan leading to the downing of a plane or sinking of a ship with scores of casualties. There could follow a process of retaliatory risk-taking in which each responds to the other, producing a small naval and air conflict between Japan and China at sea in which dozens of ships and planes are destroyed. Expecting the US Navy and Air Force to have its back, and certain that together, Japanese and US military forces currently have decisive superiority, Japanese politicians could adopt a strategy of "tit +" for "tat" and expect China to back down.

Students of decisions by the regime that has governed China since 1949 would not be so sure. As Taylor Fravel’s analysis of Chinese uses or force in territorial disputes over the past six decades finds, in cases where they were unambiguously militarily weaker than their opponent, China has been three times as likely to go to war as in cases in which they had the upper hand. Americans should recall the Korean War where a Chinese Communist regime that had not yet even consolidated control over its core entered the war as the US marched just south of the Yalu, fought the US back to the 38th parallel, and forced the US to settle for an armistice.