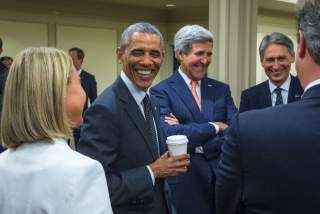 Add all of these factors together and it seems that a perfect storm of US foreign policy decline is brewing. A poorly defined, more risk-averse US role in the world has allies frustrated with and uncertain about Washington’s longstanding policy preferences and commitments. They are actively questioning some American security guarantees and worrying about Washington’s reluctance to deploy military, economic, and diplomatic capital.

This new period of uncertainty for American foreign policy will impact US relations with countries around the world—but by no means equally. Despite their consternation, America’s closest allies don’t have viable alternatives. Mexico and Canada are far too economically integrated with the US to effectively hedge the relationship with outreach to other major powers. For Japan, Israel and the UK—the United States’ preeminent ally in each of their respective regions—the same is true strategically. As a result, they are particularly exposed in an increasingly leaderless world order.

That’s not the case, though, for the US’s second-tier allies, who have flexibility in structuring their strategic partnerships. This a much larger group, including Germany, France, Turkey, Saudi Arabia, the United Arab Emirates, South Korea, Brazil, and Indonesia. All have governments that consider it unwise to bet too fully on the US, and they are preparing to hedge their position by shifting their international orientation accordingly.

The prime example is the deterioration in US-Saudi relations. In recent months, the Saudi leadership has rejected a seat on the UN Security Council and penned forceful op-eds in Western publications, explaining Saudi consternation with American policy in the Middle East—the Iran nuclear deal in particular—and the need for Saudi Arabia to “go it alone.” The Brazilians and Germans have been particularly vocal in their opposition to NSA practices in the wake of the discovery that their leaders’ personal emails had been monitored by US intelligence.

The implications of these shifting alliances will be stark. US corporations are primed for new challenges. Post-Snowden, American firms that rely on collecting or sharing information, such as telecoms, banks and credit-card companies, may encounter a more hostile regulatory environment in countries like France, Germany and Brazil. US defense companies selling into countries such as Turkey and the Gulf states could also find themselves on the losing end of a tilt away from the United States. And expect Washington’s multilateral agenda to suffer, as “coalitions of the willing” become harder to establish and important trade deals like the Trans-Pacific Partnership and the Transatlantic Trade and Investment Partnership lose some momentum. Confusion over US commitments will complicate choices for countries balancing security and economic interests between the US and China; some Asian governments may align more closely with Beijing. And as the US is no longer perceived as a credible driver of the single global marketplace, a weakening of international standards is likely in the years to come. We might see faster fragmentation of the Internet, more disjointed financial regulation, a weaker NATO, and an even more fragmented global environment.

But despite its waning foreign-policy engagement, the US is not in economic decline.Investors continue to look past America’s many challenges and bet heavily on the US economy.In fact, driven by an energy revolution, game-changing technologies in diverse sectors, favorable demographics, and strong underlying political and social stability, the American economic story remains among the most dynamic and exciting in the world.The United States may be hamstrung by issues such as its yawning gap between rich and poor and its increasingly ineffectual secondary-education system, but for now at least, corporate investment and international support for the US dollar remain robust. So despite Washington’s inconsistencies on the international stage, America’s allies—and the international community—are set to struggle with it most.

In 2014, as emerging markets look inward and American foreign policy goes wayward, the only certainty is that international coordination is eroding. That will generate a more volatile global landscape and unforeseen crises.