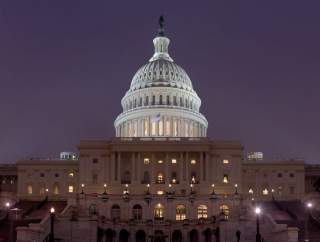 In the Netflix series “House of Cards,” a bunch of corrupt politicians collude behind closed doors, using parliamentary tricks to rule against the interests of a population they disdain. Needless to say, the show has been a resounding hit in Washington D.C., where real-life legislators have been using smoke and mirrors for years while ignoring the public interest.

But the real-life version is not entertaining. It’s a threat to the survival of our republic. Representative government depends on a return to limited government and the open legislative order we used to have in Washington.

Consider the past few months. As Congress finished its business for 2013 in December, a ten-year, multi-trillion-dollar budget deal emerged from secret negotiations. There was no public debate. No committee hearings. No way for members of Congress or the people of the United States to find out what was in the legislation until the deal was completed. Positive talking points were delivered to “friends” in the media before any details were divulged to the public. The obeisant “journalists” dutifully spun the final product as a bipartisan achievement for both parties.

These secret processes have become the norm for major legislation in Congress. Only a month later, another massive, 1,582-page omnibus bill spending more than $1 trillion was released from closed-door negotiations and passed within forty-eight hours. No committee hearings or debate. No amendments. No time for voters or even members of Congress to weigh in with their opinions. Few, if any, members of Congress even read it. Yet it passed both Houses easily with bipartisan support.

A few weeks later, the same process was repeated with a near trillion-dollar food stamp and farm bill. That was followed by the debt-ceiling vote, when journalists who should know better described a vote on cloture that guaranteed passage as a charade. The virtually meaningless final vote on the bill (the real charade) was written up as “the real thing.”

Frank Underwood, the fictional legislator and later Vice President in House of Cards, would have been proud. The inept and/or conniving journalists in the series would also feel right at home.

There was a time when the U.S. Senate was actually called “the World’s Greatest Deliberative Body,” and people who used the term were not being sarcastic. Most deliberations were conducted in public. The Senate—and the House—would conduct separate proceedings on similar bills. They’d hold hearings, debate the merits of legislation and amend it in committees in full public view.

One of the results of this level of debate is that it would sometimes take weeks, months or even years to get major pieces of new legislation to the floor of both Houses for debate and vote. Then, if similar bills passed both Houses, a bicameral (House/Senate) and bipartisan committee would work in “conference” to reconcile the differences in the bills. Finally, identical bills would go back to the full membership of both the House and Senate for final passage and on to the president to approve or veto.

This open and deliberative process of creating new laws and determining how much and where to spend taxpayer money, was never perfect. But it was the hallmark of our representative government.

On the all-important issue of spending, twelve separate appropriation bills would move through twelve different committees in both the House and the Senate every year. The media and the public would know how Congress planned to spend taxpayer money even before the bills were brought up for debate, amendment and final passage. But as the government grew, appropriation bills became much bigger, more complex and harder to pass in public view. Parochial earmarks were added by the thousands to assuage public concerns about deficit spending and to buy votes from members of Congress who no longer even read or understood the whole bill.

As spending bills grew larger and were stuffed even fuller with shameful special-interest earmarks (ex. “The Bridge to Nowhere”), Congress debated and passed fewer appropriation bills in public view. Congressional leaders now wait until the last days of the fiscal year, create a government shutdown crisis, and either pass a short-term Continuing Resolution to fund the continued operation of the government (a “CR”) or an Omnibus Spending Bill written in secret by a few congressional staffers and passed quickly before the media and the public know what’s in them.

The advent of the Internet, cable television news, talk radio and millions of informed grassroots activists have made it even harder for Congress to pass massive pieces of legislation by what is called “regular order”—i.e., the traditional, constitutional legislative process described above. Special favors for big unions and corporations, or self-serving earmarks for legislators, are embarrassing once they’re exposed. Wasteful projects such as the “The Cowgirl Hall of Fame” can derail major legislation. This is why congressional leaders are now making deals behind closed doors and rushing passage of legislation to avoid scrutiny.

But representative government requires the long and public legislative process. This allows time for the people to understand the policies proposed by their elected leaders—and to contact their representatives if they have an opinion about the legislation. In the slow process, the people give their consent.

Even more important, the slower process allows the people’s representatives to deliberate with each other with a view to enacting the best possible laws. As James Madison explained in Federalist 10, representative government aims “to refine and enlarge the public views, by passing them through the medium of a chosen body of citizens, whose wisdom may best discern the true interest of their country.”

To put it another way, when the House and Senate are deadlocked over a contentious bill, it doesn’t necessarily mean that “Washington is broken,” as many journalists like to put it. More often than not, it simply means that there’s no national consensus on an issue and that the states should therefore address the question rather than have Congress impose a one-size-fits-all solution.

Over the years, however, the federal government has vastly expanded the scope of its authority. Ignoring enumerated constitutional authority, Congress has encroached on powers reserved for the states and the people. Instead of providing a framework of law and order for states and a free people to make their own decisions, the federal government is now trying to manage most aspects of the nation’s economy and society with a maze of complex laws and regulations. America has changed from a representative democracy to a centralized administrative state.

It is impossible for 535 representatives and senators to sensibly deliberate and write legislation that specifies how to manage America’s healthcare system, education, energy, banking, housing, etc., for a vast nation spanning an entire continent. Consequently, federal laws now encompass broad areas of jurisdiction and are written in vague and general terms, with the details left to the bureaucratic agencies to interpret and enforce.

Congress is, in effect, delegating its legislative powers to unelected bureaucrats. This means more and more of the people’s lives are controlled by a vast, unelected administrative state. The job of our representatives, however, is to protect the freedoms of those who elected them in the first place.

The implications of this fundamental shift in the role of the federal government on our democratic system are nothing short of horrifying for the world’s bastion of freedom. History is littered with nations destroyed by the utopian delusion of central planning. Democracies have proved especially vulnerable: elections become farces to legitimize power grabs by tyrants who promise to solve all the people’s problems.

And as we’ve seen here in the United States, representative democracy becomes completely dysfunctional in an administrative state. Public deliberation of massive, thousand-page bills by elected representatives becomes impossible, and the legislative branch eventually succumbs by conceding power to the executive branch, or to the agencies to administer the affairs of the nation with voluminous and unknowable regulations.

The great Winston Churchill recognized these problems half a century ago. He held that the British Constitution only functioned in an atmosphere of spirited public debate in the House of Commons, and that if a matter could not be deliberated in such a manner, it was outside the proper scope of government to manage in the first place.

All Americans should be alarmed at this subversion of our representative form of government. In addition to secret negotiations replacing actual debate in Congress, parliamentary rules have been changed in the Senate to bring bills to a final vote more quickly, with fewer opportunities to amend the legislation. Perhaps even more damaging are the innumerable executive orders and federal regulations which have circumvented Congress and public review altogether.

We the People are no longer the masters of our government. Government has become our master.

Congress is now held in disdain by a large majority of Americans. And for good reason. The process envisioned by our Founders to produce a transparent and constrained government has been replaced by a system designed to mislead people, keep them in the dark, and control their lives. The accountability which should be provided by a watchful Fourth Estate has been obscured with carefully crafted talking points, manipulation, and the distraction of manufactured crises. And in a sense, who can blame journalists for not reading two-thousand-page bills that congressmen don’t read themselves? An all-powerful administrative state cannot be governed by elected representatives of the people.