Poland, NATO and the Return of History 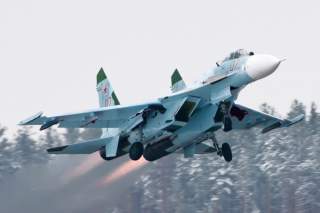 After years of presuming that all significant activities by the North Atlantic Treaty Organization (NATO) would be “out of area,” big changes are afoot as key Alliance member countries are realizing that traditional military threats are returning and NATO, having placed enormous effort since 2001 on the losing war in Afghanistan, is unprepared to meet them. As NATO plans to leave Afghanistan next year, the Alliance’s future path is coming into focus.

The reemergence of Russia as a traditional military power is now clear to all who wish to see. Bolstered by oil money, the Kremlin is investing seriously in defense for the first time since the collapse of the Soviet Union. Russian naval shipbuilding, which nearly disappeared in the 1990s, is now funded at half the level of the U.S. Navy’s program, while only a few years ago it was only one-tenth of the Navy’s level. Russia’s ground forces, which have been troubled for more than two decades, are now receiving serious reinvestment and are slated to add forty new brigades by 2020 (by way of comparison, the U.S. Army will be down to thirty-two active maneuver brigades by 2017, even under unduly optimistic budget scenarios).

All this has been noticed by the NATO member countries located close to Russia, many of which were unnerved by Moscow’s recent Zapad (West) military exercises which, despite their portrayal by the Kremlin as a counterterrorism practice run, were clearly more conventional in focus and, given their location—and name—plus the involvement of Belarusian forces in the exercise, proved troubling to frontline NATO states, above all Poland and the Baltic states.

NATO’s Baltic members are accustomed to regular harassment by Moscow, with aggressive espionage, subversion, and manipulation of local politics, business, and Russian minorities being part of daily life in Estonia, Latvia, and Lithuania. Russian intelligence services are highly active in the Baltics and generally treat them as less than sovereign states, much less NATO member countries. But the return of a conventional military threat from Russia, coupled with press releases from Vladimir Putin’s Kremlin that seem nostalgic for the Soviet period, has led to a mounting sense of dread in the Baltics.

Poland’s response here has been significant, as it is the largest and most important NATO frontline state in terms of military, political and economic power. Warsaw of late has been trying to raise Alliance awareness of the rising threat from the East, but this has been met with skepticism by NATO members located farther to the West than Poland. In a typical example, the expression of current Alliance assumptions by NATO secretary general Anders Fogh Rasmussen that “war among European nations is simply unimaginable,” was countered in May by the statement of Poland’s Foreign Minister Radek Sikorski: “I’m afraid conflict in Europe is imaginable.”

Poland’s dissent from NATO’s received wisdom here matters, not least because it is one of the very few new members that has taken its defense obligations seriously since it joined the Alliance in 1999. Not only has Poland, with Estonia, been the only new NATO member country to allocate something like the officially required—but widely ignored—two percent of GDP to defense spending, that budget is rising, unlike practically every other NATO member country. When outgoing U.S. defense secretary Bob Gates in June 2011 stunned the Alliance by publicly calling out members for spending too little on defense, warning of a “dim if not dismal future” for NATO if these budget patterns did not change, he was taking aim at most members and every country that has joined the Alliance since the end of the Cold War—except Poland.

Moreover, Poland has punched far above its weight in American-led wars in the Greater Middle East since 2001. Warsaw’s contribution to the conflicts in Iraq and Afghanistan has been greater than any new NATO member, and larger even than many older members; additionally, Polish forces deployed in Iraq and Afghanistan were more aggressive and willing to engage in combat than most NATO militaries, whose lack of ardor and restrictive rules of engagement proved frustrating to the U.S. military. Poland’s contribution has been important to NATO and the United States, even though Warsaw deployed its forces during a tumultuous reorganization of its armed forces, and despite the fact that the wars in Iraq and Afghanistan were never very popular with the public at home.

As NATO’s war in Afghanistan winds down, Poland has refocused its efforts on defense at home. Warsaw’s current acquisition program, which cuts across the armed services, is clearly aimed at improving conventional defense against threats from the East. The emphasis on heavy ground forces is impossible to miss. This trend was formalized recently with the announcement by Polish president Bronislaw Komorowski of a new National Security Strategy that prioritizes territorial defense and aid to NATO allies above foreign missions. This represents a clean break with over a decade of Alliance policies and programs that Poland wholeheartedly supported.

The reasons for this strategic shift are not difficult to decipher. In addition to the Kremlin’s military buildup, recent Russian actions towards Ukraine, a buffer state that Poland considers vital to its security, have been ominous. As Ukraine’s government, led by the pro-Russian president Viktor Yanukovych, has seemed to favor closer economic ties to the European Union, at the expense of more engagement with Putin’s proposed Eurasian Union, the rhetoric from Moscow has heated up, culminating in an unambiguous threat to Ukraine’s territorial integrity. Last month, in language reminiscent of that used by Milosevic’s Serbia in the early 1990s, Sergei Glazyev, a top Kremlin adviser, noted that Russia has threatened to support a partitioning of Ukraine if it signs a landmark cooperation agreement with the European Union, adding that if certain regions of Ukraine where ethnic Russians live did not wish to join the EU, Moscow “would be legally entitled” to support them. It is abundantly clear that, for Putin’s Kremlin, anything less than a satellite in Kiev is unacceptable, a development that has major implications for NATO and the EU, as well as European security, not least because Ukraine is a pivotal state that is divided right along the fault lines cited by Samuel Huntington in his famous “Clash of Civilizations.” What happens to Ukraine in the near future will set the course for all of East-Central Europe in the decades ahead, and Poland knows this.

It is important to note that Poland’s resurrection of territorial defense as its key security concept has little to do with traditional Polish Russophobia. The current centrist government, unlike its predecessor, has eschewed nationalism in favor of a balanced approach to European security. While the Polish right remains deeply interested in the Katyn massacre, the Second World War and memories of anti-Communism, Warsaw in 2013 is making its calculations based on what Russia is doing today. Poland’s new strategic approach draws not from the crimes that previous inhabitants of the Kremlin inflicted on the country, but instead from what Moscow is doing now.

Poland today is attempting to lead NATO into a new era that represents a major shift from most of what the Alliance has been doing since the end of the Cold War. In the 1990s, seeing no conventional foe after the collapse of the Soviet Union, NATO invested heavily in peacemaking and peacekeeping in the Balkans. In the aftermath of the 9/11 attacks on the United States, the Alliance made large contributions to the U.S. wars in Iraq and especially Afghanistan. Defense reforms and acquisitions across the Alliance were tailored to “out-of-area” missions above all. Reading the posture statement this year by the Supreme Allied Commander, Europe to Congress, one cannot fail to notice the enormous weight given to Afghanistan, even though that war is winding down. There is much emphasis on softer missions such as counterterrorism and counterpiracy, though there is little mention of traditional defense concepts.

Although that posture statement was delivered in March, it’s clear that the era when NATO can assume there are few, if any, conventional threats to the Alliance in Europe is at an end. NATO will either accept this challenge to deter Russian aggression and manipulation of frontline states like Poland and the Baltics through readiness and vigilance, or the most successful alliance in history will have lost its purpose. Given the Pentagon’s grim budgetary realities, that burden will have to be borne more by European states than by the United States, but Poland has shown the way with its new strategy and increased defense spending. Others must now follow Warsaw’s lead. After a two-decade holiday, history has returned to Europe.

John R. Schindler is professor of national security affairs at the Naval War College and a former National Security Agency analyst. The views expressed here are his own. He blogs at 20committee.com.