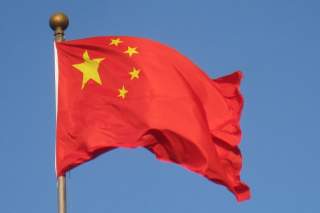 How should the United States respond to the rise of China? Scholars and practitioners of foreign policy are divided on this question. The battle lines are familiar. Optimists about the future of U.S.-China relations, who believe that China can and should become a “responsible stakeholder” in the international community, argue that the United States must adopt strategic restraint and conciliatory behavior towards China so that Beijing will reciprocate in kind. Pessimists, regarding it as inevitable that China will seek to overturn the American-made international system, counter that only by maintaining a favorable balance of power can the United States and its allies protect their interests in the context of China’s seemingly inexorable ascent to material preponderance.

For all their differences, these two stylized responses to China’s rise share a common focus on U.S. external relations. That is, each approach consists of a set of foreign policy prescriptions for dealing with China. Yet it is not just in the realm of foreign policy that the U.S. must prepare for China’s rise. In domestic politics, too, there are significant moves that must be made to prepare the U.S. for relative decline vis-à-vis China—and, indeed, other rising states.

The last time the world witnessed a power transition of truly hegemonic proportions was when the United States overtook the British Empire in the late nineteenth and early twentieth centuries. Although sometimes blind to the absolute dimensions of Britain’s decline, there is no question that officials in London were keenly aware of the United States’ relative increases in power from at least the 1890s onwards. Early on, London undertook not only to acquiesce to America’s rise but to actively promote it in certain areas. This policy of appeasement is evident in several foreign-policy moves made by London—for example, its deference to the U.S. over the Venezuela Dispute of 1895 and its diplomatic support for Washington during the Spanish-American War three years later.

Yet Whitehall also took care to sell the United States’ global rise to self-interested political, economic and social elites at home. Cabinet insistence that war between the Anglo-Americans over Venezuela would constitute “fratricide” was intended to forestall jingoism at home as much as defuse relations with Washington. Several years later when negotiating the Hay-Pauncefote Treaty acceding to U.S. control over the prospective Panama Canal, the British government was at pains to assure powerful commercial interests that international law would be enough to protect the rights of British shipping under a U.S.-led trans-isthmian regime. As American industry and exports began to outstrip British wares, there was no shortage of politicians to take a domestic stand in favor of free trade over Imperial Preference—even if there were others who saw protectionism as necessary to protect British interests.

These attempts to manage domestic opinion regarding the United States’ rise to power were integral to maintaining cordial relations as part of the so-called “Great Rapprochement.” Indeed, they can be contrasted with contemporaneous attempts by British politicians to whip up public opposition to French adventurism in Africa (e.g. the Fashoda Crisis) and Russian designs on the Near East, British India and East Asia—not to mention German expansionism in the early twentieth century. While the domestic political climate in Britain was by no means monolithic and it was no foregone conclusion that Anglo-American amity would emerge relatively unscathed into the twentieth century, credit must surely be accorded to those British politicians who were willing to assuage their compatriots’ concerns about the rise of the United States and the concomitant decline in British influence that most contemporaries recognised would ensue.

American leaders, too, have been no strangers to managing domestic politics—and particularly public opinion—in service of foreign-policy objectives. The Truman administration, for example, waged a vigorous public-relations campaign against global communism during the early Cold War in order to build a domestic consensus against America’s wartime-ally-turned-geopolitical-nemesis, the Soviet Union. In the 1980s, too, the Reagan administration organized a highly professional and centralized public affairs operation to buttress the Reaganite take on world affairs. Events such as the shooting down of Korean Air Flight 007 were seized upon to paint the USSR as a barbarous regime that ought to be resisted by those in the free world. In contrast, historian John Lewis Gaddis blames insufficient buy-in from the public and Congress for the demise of détente under President Nixon, helping to demonstrate that solid domestic foundations are essential to support an ambitious foreign-policy superstructure.

Whatever foreign policy the United States adopts vis-à-vis China today, then—be it conciliatory, á la the Anglo-American rapprochement and the Nixon-Kissinger strategy of détente, or confrontational, as with U.S.-Soviet relations under Truman and Reagan, attention to domestic politics will have to play a major role. To date, however, U.S. elites have shown little foresight in this realm.

Perhaps more worryingly, that which has been done to prime the public on the rise of China has served to foster hostility towards China. Politicians, economic actors, media outlets and members of the general public alike are fearful of China’s rise, which they associate with U.S. decline abroad and worsened living standards at home. Politicians and opinion-leaders on the right and left make hay out of the “China threat” to national security and the U.S. economy, while few put about the message of improving relations with China. In short, little has been done to prepare the domestic political climate for the peaceful ascent of China to true great-power status.

In part, this failure of policy may be because both the American public and its political class still seem to take U.S. global preponderance for granted. Few alive can remember a time when the United States was not calling the shots in world politics. It should be noted that former secretary of defense Robert Gates was the last truly senior White House official to have served in government during the Cold War and thus have experience of governing at a time when the U.S. was not alone astride the world. It is therefore possible that the neglect to prepare U.S. domestic politics for a peaceful rise by China is symptomatic of a broader failure of strategic adjustment.

Of course, there is an obvious paradox about the lack of attention to domestic politics vis-à-vis U.S.-China relations. While forging a domestic consensus on China’s rise will not be easy (for one thing, polarization and partisanship in the United States hamper the forging of a purposeful grand strategy on the world stage), policy-makers and opinion-shapers in the United States still have significantly greater influence over what happens at home than they do over events in China. Nevertheless, debate over the correct foreign-policy stance has dwarfed discussion over what domestic policies and messages should be pursued in the context of shifting power.

Few presidents have articulated the relationship between domestic politics and foreign policy more often than President Obama. His mantra that the U.S. deserves some “nation-building here at home” and his insistence on “domestic renewal” are frequent components of Obama’s stump speech, policies that explicitly tie the configuration of domestic politics to America’s standing abroad. It is less obvious, however, that the Obama administration has grasped the importance of preparing U.S. politics and society for the specific challenge of the impending power transition with China. This is a gap in U.S. strategic planning that ought to be addressed as a matter of urgency. It is no exaggeration to say that the fate of world peace and U.S. national security may depend on it.

Editor's Note: The above first appeared in January 2014. It is being reposted due to reader interest.