The Complex Calculus of a North Korean Collapse 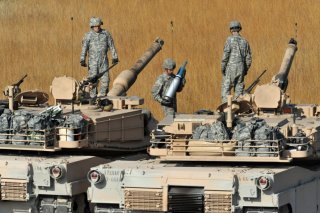 The latest events have rekindled predictions of a possible North Korean collapse. The greatest danger is that the US would get drawn into the resulting chaos and conflict. Warned the Rand Corporation’s Bruce W. Bennett: “Inadequately prepared, the ROK and the United States could suffer many serious consequences, including a failed or aborted intervention, a destabilization of the region, and possibly broader warfare.”

The Korean peninsula became a U.S. security concern when the US and Soviet Union divided the former Japanese colony after Tokyo’s World War II surrender. Two competing and hostile states emerged, leading to the Korean War. The Truman administration intervened to prevent the DPRK from conquering the South; U.S. troops remained.

Today, however, the Republic of Korea possesses roughly 80 times the North’s GDP and more than twice the latter’s population. Seoul could do whatever it takes to defend itself. The DPRK retains sizeable armed forces but lacks advanced weaponry, combined arms training, adequate human capital, and quality industrial infrastructure. Neither the People’s Republic of China nor Russia would back a North Korean attack. Even Kim probably recognizes that the North would lose.

More likely is a North Korean collapse. Bennett has argued that “There is a reasonable probability that North Korean totalitarianism will end in the foreseeable future.” Columnist Steven Metz recently contended: “The question is not whether the Kim dynasty will fail but when.” Three years ago analyst John Guardiano said the North would “inevitably” implode.

Of course, the Kim dynasty has outlived the Soviet Union by more than two decades. The DPRK may continue to surprise the West with its resilience.

Nevertheless, the system is under increasing stress. Metz observed: “The execution could be a sign that the cohesion of the North Korean elite is crumbling. If so, it is the beginning of the end for the parasitic Kim dynasty.” Jang’s elimination suggests weakness, not strength. Jang’s relatives are being imprisoned at home and recalled from abroad; his wife, Kim’s aunt by blood, has disappeared from public view.

Any future political battle could turn even more violent. A breakdown of one-man rule in what Bennett called a “failing state” risks a political free-for-all. The North has never tried power-sharing, or any kind of collective leadership. Concluded Bennett: “The division of the North into factions would likely precipitate civil war, as at least some of the factions will seek primacy and eventual control of all of North Korea.” Moreover, the regime or even one faction could strike outward to rally internal support.

Metz posited “widespread, protracted internal conflict that could make even the Syrian civil war pale by comparison.” The resulting hardship could exceed that resulting from the 1990s famine, which killed a half million or more North Koreans. We should not expect a peaceful, German-style resolution.

Although most people presume reunification would follow a North Korean collapse, Bennett warned that “China could take political control of much of the North, likely in cooperation with one or more North Korean factions. A failure to achieve Korean unification in these circumstances could doom Korea to division for at least many more decades.”

What should Washington do? Guardiano advocated unilateral American intervention: “sooner or later, the U.S. military is going to have to deal with North Korea. And, when we do, we likely will have to occupy and rebuild the country just as we have done in Iraq and are now doing in Afghanistan.”

Seoul might not approve of the Pentagon turning the North into an American colony. More likely, the South would lead any Western military effort. Argued Bennett, the ROK could “decide to intervene in such a crisis with U.S. assistance and seek Korean unification.”

However, the PRC also would be tempted to act militarily—to prevent mass refugee flows into China’s border provinces, safeguard Chinese economic interests, and ensure friendly political control in Pyongyang. Beijing’s incentive to act would be even stronger if U.S. forces entered as well.

Military intervention would be no cakewalk. The Kim dynasty has taught the population that Americans and their South Korean puppets are the enemy; North Koreans might offer little warmer welcome to the PRC. The DPRK military or individual units could fight conventionally or resort to guerrilla combat. Worse would be a clash between allied and Chinese forces. Worried Bennett: “The forces of both sides would have significant incentives to advance rapidly into the North, leading to a risk of accidental combat between them. In the zeal of the moment, the inevitable accidents could escalate into major combat between the ROK and U.S. forces and the Chinese forces.”

In short, a North Korean implosion could be an explosion as well, with catastrophic consequences radiating outward across the region. Concerned governments should begin pondering likely contingencies.

South Korea has the most to do. It should adopt reunification legislation, since under its constitution North Koreans currently are considered ROK nationals, which would complicate the treatment of anyone who might warrant punishment or even questioning. Now would be a good time to consider such questions as property ownership, status of foreign (i.e., Chinese) contracts, treatment of human rights criminals, amnesty provisions, and more. The right answers might help ease concerns among more responsible Northern elites over possible reunification.

However, consultations should not stop in Seoul. Metz proposed “multinational discussions to assess the short-term and long-term challenges of a North Korean collapse,” though the quieter the better since “doing so openly will inflame the Kim regime’s expansive paranoia and increase the chances of disastrous miscalculation.” So far, China has been reluctant to enter talks regarding its ally, but relations between the two states have frayed. The execution of Jang, a friend of Beijing, introduced new tensions in the relationship.

Desirable would be regional cooperation, including providing forces for reconstruction duties. Bennett figured that between 260,000 and 400,000 troops might be necessary to “stabilize” the North. One option would be a multinational force dominated by the ROK and China but including troops from other Asian nations (though not Japan, for reasons of history).

The U.S. should limit its role. Humanitarian aid should primarily come from multinational agencies and the North’s neighbors, especially South Korea, China, and Japan, which have the most at stake.

America should reject any direct military role. In no case should the US be involved in occupying and pacifying the North. Bennett argued that “the ROK will have insufficient forces, even with significant U.S. participation, to fully handle the various challenges of North Korean collapse.” Obviously Seoul needs to take more seriously the possibility and consequences of a North Korean collapse. The U.S. could provide logistical aid for any South Korean military move, though by now Seoul should be able to support its own forces.

Washington also might consider limited operations to secure nuclear materials and other WMDs. However, even this mission would be complicated: China is closer to many facilities, such the Yongbyon nuclear complex, and might quickly occupy them. Moreover, the ROK might decide that reunification was a convenient opportunity to augment their own military capabilities. While such actions would be undesirable, they still would deny WMD access to non-state actors, Washington’s most important objective.

Most importantly, the US should ease China’s fears about America’s role in a reunified Korea. Although troops along the Yalu might seem minor compared to air and sea forces in the Asia-Pacific, the former would be a potent symbol and resurrect memories from the Korean War. Beijing would see less need for a buffer state if there were no U.S. ground forces against which to buffer. (China also might see a united democratic Korea as a threatening draw for millions of ethnic Koreans in the former’s border provinces; only the ROK could address this concern.)

Kim Jong-un celebrated Jang’s execution as demonstrating national unity. More likely, however, the regime’s foundation is cracking. Still, the North could surprise its adversaries and survive for years or decades more.

But the North’s neighbors should prepare for “what if?” Washington’s most important role would be to limit expectations as to what the US would do. Ultimately, Pyongyang is a South Korean and Asian rather than an American responsibility.

Doug Bandow is a Senior Fellow at the Cato Institute. A former Special Assistant to President Ronald Reagan, he is the author and editor of several books, including Foreign Follies: America’s New Global Empire (Xulon).