Time to End the Cuba Embargo 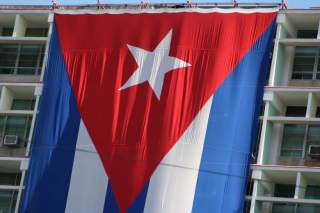 The U.S. government has waged economic war against the Castro regime for half a century. The policy may have been worth a try during the Cold War, but the embargo has failed to liberate the Cuban people. It is time to end sanctions against Havana.

(Editor's Note: This piece is be republished due to reader interest. It was originally published in December 2012)

Decades ago the Castro brothers lead a revolt against a nasty authoritarian, Fulgencio Batista. After coming to power in 1959, they created a police state, targeted U.S. commerce, nationalized American assets, and allied with the Soviet Union. Although Cuba was but a small island nation, the Cold War magnified its perceived importance.

These various measures had no evident effect, other than to intensify Cuba’s reliance on the Soviet Union. Yet the collapse of the latter nation had no impact on U.S. policy. In 1992, Congress banned American subsidiaries from doing business in Cuba and in 1996, it penalized foreign firms that trafficked in expropriated U.S. property. Executives from such companies even were banned from traveling to America.

On occasion Washington relaxed one aspect or another of the embargo, but in general continued to tighten restrictions, even over Cuban Americans. Enforcement is not easy, but Uncle Sam tries his best. For instance, according to the Government Accountability Office, Customs and Border Protection increased its secondary inspection of passengers arriving from Cuba to reflect an increased risk of embargo violations after the 2004 rule changes, which, among other things, eliminated the allowance for travelers to import a small amount of Cuban products for personal consumption.

Three years ago, President Barack Obama loosened regulations on Cuban Americans, as well as telecommunications between the United States and Cuba. However, the law sharply constrains the president's discretion. Moreover, UN Ambassador Susan Rice said that the embargo will continue until Cuba is free.

It is far past time to end the embargo.

During the Cold War, Cuba offered a potential advanced military outpost for the Soviet Union. Indeed, that role led to the Cuban missile crisis. With the failure of the U.S.-supported Bay of Pigs invasion, economic pressure appeared to be Washington’s best strategy for ousting the Castro dictatorship.

However, the end of the Cold War left Cuba strategically irrelevant. It is a poor country with little ability to harm the United States. The Castro regime might still encourage unrest, but its survival has no measurable impact on any important U.S. interest.

The regime remains a humanitarian travesty, of course. Nor are Cubans the only victims: three years ago the regime jailed a State Department contractor for distributing satellite telephone equipment in Cuba. But Havana is not the only regime to violate human rights. Moreover, experience has long demonstrated that it is virtually impossible for outsiders to force democracy. Washington often has used sanctions and the Office of Foreign Assets Control currently is enforcing around 20 such programs, mostly to little effect.

The policy in Cuba obviously has failed. The regime remains in power. Indeed, it has consistently used the embargo to justify its own mismanagement, blaming poverty on America. Observed Secretary of State Hillary Clinton: “It is my personal belief that the Castros do not want to see an end to the embargo and do not want to see normalization with the United States, because they would lose all of their excuses for what hasn't happened in Cuba in the last 50 years.” Similarly, Cuban exile Carlos Saladrigas of the Cuba Study Group argued that keeping the “embargo, maintaining this hostility, all it does is strengthen and embolden the hardliners.”

Cuban human rights activists also generally oppose sanctions. A decade ago I (legally) visited Havana, where I met Elizardo Sanchez Santa Cruz, who suffered in communist prisons for eight years. He told me that the "sanctions policy gives the government a good alibi to justify the failure of the totalitarian model in Cuba."

Indeed, it is only by posing as an opponent of Yanqui Imperialism that Fidel Castro has achieved an international reputation. If he had been ignored by Washington, he never would have been anything other than an obscure authoritarian windbag.

Unfortunately, embargo supporters never let reality get in the way of their arguments. In 1994, John Sweeney of the Heritage Foundation declared that “the embargo remains the only effective instrument available to the U.S. government in trying to force the economic and democratic concessions it has been demanding of Castro for over three decades. Maintaining the embargo will help end the Castro regime more quickly.” The latter’s collapse, he wrote, is more likely in the near term than ever before.

Almost two decades later, Rep. Ileana Ros-Lehtinen, chairwoman of the House Foreign Relations Committee, retains faith in the embargo: “The sanctions on the regime must remain in place and, in fact, should be strengthened, and not be altered.” One of the best definitions of insanity is continuing to do the same thing while expecting to achieve different results.

The embargo survives largely because of Florida’s political importance. Every presidential candidate wants to win the Sunshine State’s electoral votes, and the Cuban American community is a significant voting bloc.

But the political environment is changing. A younger, more liberal generation of Cuban Americans with no memory of life in Cuba is coming to the fore. Said Wayne Smith, a diplomat who served in Havana: “for the first time in years, maybe there is some chance for a change in policy.” And there are now many more new young Cuban Americans who support a more sensible approach to Cuba.

Support for the Republican Party also is falling. According to some exit polls Barack Obama narrowly carried the Cuban American community in November, after receiving little more than a third of the vote four years ago. He received 60 percent of the votes of Cuban Americans born in the United States.

Barack Obama increased his votes among Cuban Americans after liberalizing contacts with the island. He also would have won the presidency without Florida, demonstrating that the state may not be essential politically.

Today even the GOP is no longer reliable. For instance, though Republican vice-presidential nominee Paul Ryan has defended the embargo in recent years, that appears to reflect ambition rather than conviction. Over the years he voted at least three times to lift the embargo, explaining: “The embargo doesnt work. It is a failed policy. It was probably justified when the Soviet Union existed and posed a threat through Cuba. I think its become more of a crutch for Castro to use to repress his people. All the problems he has, he blames the American embargo.”

There is essentially no international support for continuing the embargo. For instance, the European Union plans to explore improving relations with Havana . Spain’s Deputy Foreign Minister Gonzalo de Benito explained that the EU saw a positive evolution in Cuba. The hope, then, is to move forward in the relationship between the European Union and Cuba.

The administration should move now, before congressmen are focused on the next election. President Obama should propose legislation to drop (or at least significantly loosen) the embargo. He also could use his authority to relax sanctions by, for instance, granting more licenses to visit the island.

Ending the embargo would have obvious economic benefits for both Cubans and Americans. The U.S. International Trade Commission estimates American losses alone from the embargo as much as $1.2 billion annually.

Lifting the embargo would be no panacea. Other countries invest in and trade with Cuba to no obvious political impact. And the lack of widespread economic reform makes it easier for the regime rather than the people to collect the benefits of trade, in contrast to China. Still, more U.S. contact would have an impact. Argued trade specialist Dan Griswold, “American tourists would boost the earnings of Cubans who rent rooms, drive taxis, sell art, and operate restaurants in their homes. Those dollars would then find their way to the hundreds of freely priced farmers markets, to carpenters, repairmen, tutors, food venders, and other entrepreneurs.”

The Castro dictatorship ultimately will end up in history’s dustbin. But it will continue to cause much human hardship along the way.

The Heritage Foundation’s John Sweeney complained nearly two decades ago that “the United States must not abandon the Cuban people by relaxing or lifting the trade embargo against the communist regime.” But the dead hand of half a century of failed policy is the worst breach of faith with the Cuban people.