The Psychology of Barack Obama 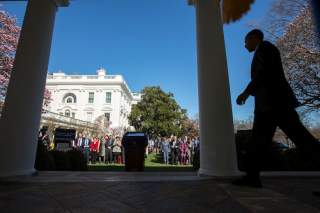 In 1972, Duke University professor James David Barber brought out a book that immediately was heralded as a seminal study of presidential character. Titled The Presidential Character: Predicting Performance in the White House, the book looked at qualities of temperament and personality in assessing how the country’s chief executives approached the presidency—and how that in turn contributed to their success or failure in the office.

Although there were flaws in Barber’s approach, particularly in his efforts to typecast the personalities of various presidents, it does indeed lay before us an interesting and worthy matrix for assessing how various presidents approach the job and the ultimate quality of their leadership. So let’s apply the Barber matrix to the presidential incumbent, Barack Obama.

Barber, who died in 2004, assessed presidents based on two indices: first, whether they were "positive" or "negative"; and, second, whether they were "active" or "passive." The first index—the positive/negative one—assesses how presidents regarded themselves in relation to the challenges of the office; so, for example, did they embrace the job with a joyful optimism or regard it as a necessary martyrdom they must sustain in order to prove their own self-worth? The second index—active vs. passive—measures their degree of wanting to accomplish big things or retreat into a reactive governing mode.

These two indices produce four categories of presidents, to wit:

Active-Positive: These are presidents with big national ambitions who are self-confident, flexible, optimistic, joyful in the exercise of power, possessing a certain philosophical detachment toward what they regard as a great game.

Active-Negative: These are compulsive people with low self-esteem, seekers of power as a means of self-actualization, given to rigidity and pessimism, driven, sometimes overly aggressive. But they harbor big dreams for bringing about accomplishments of large historical dimension.

Passive-Positive: These are compliant presidents who react to events rather than initiating them. They want to be loved and are thus ingratiating—and easily manipulated. They are "superficially optimistic" and harbor generally modest ambitions for their presidential years. But they are healthy in both ego and self-esteem.

Passive-Negative: These are withdrawn people with low self-esteem and little zest for the give-and-take of politics and the glad-handing requirements of the game. They avoid conflict and take no joy in the uses of power. They tend to get themselves boxed up through a preoccupation with principles, rules and procedures.

When Barber first put forth this matrix, it was correctly viewed as distinctively probing and original. And there is little doubt that such traits, if correctly identified and analyzed, can inform our assessments of how presidents do their job. But there is plenty of room for debate when it comes to attaching particular traits to particular presidents.

For example, do we really want to place George Washington in the Passive-Negative category, as Barber does? Did he have low self-esteem? Did he avoid power and shrink from conflict? Did he concentrate on small matters—procedures, etc.—at the expense of the big matters? Hardly. And my favorite mismatch was Barber’s insertion of Ronald Reagan into the Passive-Positive category, meaning his famous optimism was merely superficial, that he reacted to events rather than initiating them, that he was easily manipulated.

No, Reagan clearly was an Active-Positive who transformed the economic debate in America, injected profoundly new thinking into the body politic, and set about not just to counter the Soviet threat but to upend the Soviet Union itself. And he did this with hardly any evidence that he absorbed in any unhealthy way the barrage of harsh criticism thrown at him. Besides, who is to say his optimism, so eloquently projected, was artificial?

On the other hand, Lyndon Johnson and Richard Nixon clearly were Active-Negative, in Barber’s terms. So were Herbert Hoover and Woodrow Wilson, as Barber suggests. And it isn’t difficult to accept some of Barber’s list of Active-Positives—Thomas Jefferson, Franklin Roosevelt and Harry Truman.

All of which suggests that Barber’s categorizations could be viewed as a kind of parlor game. There is plenty of room for discussion and debate on just where various presidents should be placed. No doubt partisan impulses will creep into the parlor game as well.

So let’s all go into the parlor and talk about Obama.

He took office with big ambitions and a manifest resolve to change American society in very significant ways. This was manifest particularly in his Affordable Care Act, designed to transform the way we dispense health care in America and increase federal intrusion into a sixth of the current economy (projected to be 20 percent of the U.S. economy by 2020). And he was willing to do this without a single opposition vote, which reflected an almost breathtaking political audacity. His energy bill represents another reflection of his ambitions, and multiple actions in the regulatory realm (some of questionable constitutional validity) reflect also Obama’s preference for America as a European-style social democracy. Since the country has generally shunned such a course since the early years of the New Deal and a brief spurt of federal activity under Lyndon Johnson, Obama’s presidential temperament clearly falls into the Active category.

But is he a Negative or a Positive? The Positive presidents relished the job and the grand necessity to move events by persuading, cajoling, bargaining with and perhaps occasionally threatening other players in the political arena. The great Active-Positive presidents all had fun in the job. They showed a zest and enthusiasm that was infectious, not just with the American people but, more significantly, with members of Congress.

We sure don’t see any of that with Obama. Edward Klein, a former New York Times Magazine editor and author of a book on Obama called The Amateur, has written that Obama "doesn’t learn from his mistakes, but repeats policies that make our economy less robust and our nation less safe." That’s a classic Active-Negative trait, according to Barber. Indeed, as Barber predicted in 1969, shortly after Richard Nixon’s election, "The danger is that Nixon will commit himself irrevocably to some disastrous course of action. This is precisely the possibility against which he could defend himself by a stylistic adjustment in his relations with his White House friends."

That is another knock on Obama—that he surrounds himself with like-minded and sometimes sycophantic underlings who reinforce his actions rather than testing his thinking against those who may harbor differing thoughts and perceptions. Vernon Jordan, the big-time Washington lawyer (and a solid Democrat), tells the story of a golf game in which Obama was partnered with New York mayor Michael Bloomberg, who also is in a very select group of true experts on the financial markets. Afterward, Bloomberg remarked that, through four hours of riding the cart with the mayor, Obama asked his golf partner not a single question about anything.

Do we see any presidential zest or political joy in this chief executive? Hardly. He seems always stern, beset, frustrated and angry. It’s as if he expects the opposition to join him in whatever he wants to do for the simple reason that they should want to make his life easier. After all, he’s the president.

Here’s how Barber describes the Active-Negative: "…relatively intense effort and relatively low emotional reward for that effort. The activity has a compulsive quality…His self-image is vague and discontinuous. Life is a hard struggle to achieve and hold power, hampered by the condemnations of a perfectionistic conscience. Active-negative types pour energy into the political system, but it is an energy distorted from within."

Nothing illustrates this more starkly than Obama’s insistence on shirking his responsibility as president to lead the way out of Washington’s increasingly dire fiscal deadlock, with the government partially shut down and a possible financial default on the horizon. His political petulance is so far from the Positive traits, as defined by Barber, that his categorization as an Active-Negative is unavoidable.

Active-Negative presidents don’t have a great track record. They include John Adams, a failed one-termer; Woodrow Wilson, a two-termer whose second term was among the most disastrous of our history; Herbert Hoover, tossed out after a single term because he couldn’t find a way to grapple with the Great Depression; Lyndon Johnson, a foreign-policy failure of rare dimension; and Richard Nixon, the only president to resign the office in disgrace.

If there is any merit in the Barber thesis, then there is plenty of room for concern about the rest of this president’s second term.

Editor's Note: This piece first appeared in October of last year. It is being reposted due to reader interest.