The Real Problem with the U.S. Air Force 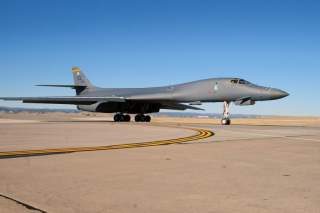 I would like to thank Dr. Lowther for his contribution, and for his role in this ongoing debate over the future of American airpower. I would like to offer a rebuttal to his commentary that centers around my forthcoming book, Grounded.

With respect to the founding of the United States Air Force, Lowther makes the common error of mistaking a retrospective “origin story” for arguments that were actually important at the creation. For the USAF, the important arguments focused almost solely on strategic airpower, and on the ability of airpower to win decisive victories without significant contribution from the other two services. Aviators and airpower theorists built their advocacy around explicit denigration of the contribution of the other two services. The birth of the Air Force would be similar to the creation of the Navy if the latter had involved a bitter, decades long effort to argue that the Army was ignorant and irrelevant, followed by decades of effort to scourge any ounce of joint capability from the force. This history is well documented. Faced with it, we can either adopt the (defensible) position that the history doesn’t matter, or we can get the history right. I think that it does matter, which is why I dedicate two chapters of Grounded to a history of early airpower advocacy. Pretending that the Air Force exists because of concern over “penny packets” (small, ineffective air elements attached to individual ground units) does no one any favors.

Why do we have separate services? As I detail in the book, “domain” is only one of several answers that strategic planners have given over the past century. Mission coherence, the need to protect certain capabilities, and the need to preserve redundancy are other common answers. Dr. Lowther’s casual attitude towards the creation of new services is remarkable, although I doubt that it is shared by many in the United States Air Force. In focusing on a “domain” approach to service responsibilities, he inadvertently advocates for an independent space force and an independent cyber force. While we’re creating new services, we might as well imagine separate services for submarines, ballistic missiles and special forces. Founding a new service, of course, entails creating a political lobby for a certain kind of warfare within the Pentagon, and empowering a group of bureaucratic advocates for a particular kind of military power.

But of course the US services have never been divided solely by domain; we currently operate five air forces (six if you count the CIA), each dedicated to support of a specific mission set. The reason we don’t divide services solely by domain should be obvious; it would quickly degenerate into an incoherent mess, with bureaucratic walls separating different elements of the joint fight from one another. The problem of interservice friction is hardly conjectural; every analyst and historian is familiar with the dreadful problems associated with ground-air cooperation in Korea, Vietnam, Grenada and the first Gulf War. And the problems of interservice competition are well captured in Secretary of Defense Robert Gates new memoir, Duty. Secretary Gates found himself repeatedly frustrated by the Air Force’s attitude towards drones, which he summarized as “The Air Force was grasping for absolute control of a capability for which it had little enthusiasm in the first place.” In the system we have, the Air Force has little choice but to challenge the right of other services to aircraft, just as it steadily gnawed away at Army tactical aviation during the Cold War.

A more coherent approach is to integrate new technologies into existing institutional frameworks, so that appropriate decisions regarding the strategic value of such technologies can be weighed. Shockingly enough, soldiers, sailors, and Marines want to win wars, and are interested in technologies that can help them do so, regardless of whether these technologies fly, or orbit, or exist in cyberspace.

The Ups and Down of Interservice Conflict

As Dr. Lowther recounts, there are indeed some upsides to interservice conflict. Different services can offer redundant capabilities, and can act as powerful critics of the wasteful programs of their sisters. However, as with any bureaucracy, military services are jealous of their turf, their prerogatives, and their funding. They are also filled with people who are deeply enthusiastic about and committed to particular forms of military power. Unfortunately, this tends to make them poor policy advocates.

Remarkably, Lowther fails to produce any examples of the USAF contributing good advice to civilian policymakers. Since its founding, history is replete with examples of the opposite; the Air Force counseled almost certainly disastrous escalation in the Korean War, the Cuban Missile Crisis, and the Vietnam War, without serious regard for the political difficulties that U.S. civilian leaders faced at the time. The USAAF, the nearly independent predecessor of the USAF, argued that the D-Day invasion was unnecessary, a policy that would almost certainly have resulted in Soviet control of Europe. In 1990, only the last-minute intervention of tactically minded generals prevented the Air Force from presenting a campaign plan that would have left Saddam Hussein’s army intact and in firm control of Kuwait.

And so yes, the independent Air Force does given independent advice, but this advice tends to lean heavily towards the idea that airpower can cheaply, decisively win wars. This would be less of a problem were it not for the fact that strategic airpower is alluring, especially to civilians who lack experience with military affairs. A better approach would be to design military institutions to take an integrated view of national power, rather than invoke competitive dynamics that will likely lead to outlandish claims and bad policy recommendations.

The creation of the Air Force in 1947 turned airpower into a zero-sum game for the U.S. military services. Aerospace innovations developed in one service threaten the turf of the other two. This leaves the Air Force to justify itself through explicit denigration of the contribution of the other services. Indeed, Dr. Lowther manages, in this short piece, to imply that soldiers are incapable of understanding aerial maps, and that the Navy can’t contribute to antiaccess warfare.

This is the inherent tension in the modern air force; shorn of its original strategic bombing justification, it struggles to conceive of itself as a support arm while simultaneously insisting that it is not a support arm. These problems exist not because air force officers and airpower theorists are bad people, but rather because we’ve established a system of military organization that makes destructive interservice conflict inevitable. The Air Force didn’t want the A-10, but felt compelled to buy it in order to undercut Army demands for intrinsic aviation. The Air Force doesn’t want drones, but letting the Army have them would threaten the future of the service. The Air Force has grown bored with its nuclear missiles, but can’t give them up because such a move would encroach upon institutional prerogatives.

None of the services are holy (not even the Marines). Rather, they are organizational forms designed to resolve national strategic problems. The Air Force is, at heart, one of several possible bureaucratic solutions to the problem of training pilots, procuring aircraft, and managing aerospace power during peace and war. There are other options, and the United States should explore them more fully.

Robert Farley is an assistant professor at the Patterson School of Diplomacy and International Commerce. His work includes military doctrine, national security, and maritime affairs.He blogs at Lawyers, Guns and Money, Information Dissemination and The Diplomat. Follow him on Twitter: @drfarls.

Editor's Note: This piece first appeared back in January. It is being reposted due to reader interest.