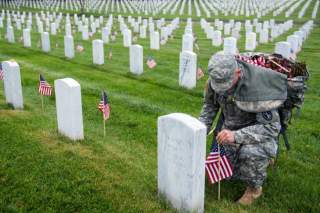 For over two years, the civil war in Syria has been synonymous with cries of moral urgency. Do Something! shout those who demand the United States intervene militarily to set the situation there to rights, even as the battle lines now comprise hundreds of regime and rebel groupings and the rebels have started fighting each other. Well, then, shout the moral interventionists, if only we had intervened earlier!

Syria is not unique. Before Syria, humanitarians in 2011 demanded military intervention in Libya, even though the regime of Muammar Qaddafi had given up its nuclear program and had been cooperating for years with Western intelligence agencies. In fact, the United States and France did lead an intervention, and Libya today is barely a state, with Tripoli less a capital than the weak point of imperial-like arbitration for far-flung militias, tribes, and clans, while nearby Saharan entities are in greater disarray because of weapons flooding out of Libya.

The 1990s were full of calls for humanitarian intervention: in Rwanda, which tragically went unheeded; and in Bosnia and Kosovo where interventions, while belated, were by and large successful. Free from the realpolitik necessities of the Cold War, humanitarians have in the past two decades tried to reduce foreign policy to an aspect of genocide prevention. Indeed, the Nazi Holocaust is only one lifetime removed from our own—a nanosecond in human history—and so post–Cold War foreign policy now rightly exists in the shadow of it. The codified upshot has been R2P: the “Responsibility to Protect,” the mantra of humanitarians.

But American foreign policy cannot merely be defined by R2P and Never Again! Statesmen can only rarely be concerned with humanitarian interventions and protecting human rights to the exclusion of other considerations. The United States, like any nation—but especially because it is a great power—simply has interests that do not always cohere with its values. That is tragic, but it is a tragedy that has to be embraced and accepted.

What are those overriding interests? The United States, as the dominant power in the Western Hemisphere, must always prevent any other power from becoming equally dominant in the Eastern Hemisphere. Moreover, as a liberal maritime power, the United States must seek to protect the sea lines of communication that enable world trade. It must also seek to protect both treaty and de facto allies, and especially their access to hydrocarbons. These are all interests that, while not necessarily contradictory to human rights, simply do not operate in the same category.

Because the United States is a liberal power, its interests—even when they are not directly concerned with human rights—are generally moral. But they are only secondarily moral. For seeking to adjust the balance of power in one’s favor has been throughout history an amoral enterprise pursued by both liberal and illiberal powers. Nevertheless, when a liberal power like the United States pursues such a goal in the service of preventing war among major states, it is acting morally in the highest sense.

A telling example of this tension—one that gets to the heart of why Never Again! and R2P cannot always be the operative words in statesmanship—was recently provided by the foreign-affairs expert Leslie H. Gelb. Gelb noted that after Saddam Hussein had gassed close to seven thousand Kurds to death in northern Iraq in 1988, even a “truly ethical” secretary of state, George Shultz, committed a “moral outrage.” For Shultz basically ignored the incident and continued supporting Saddam in his war against Iran, because weakening Iran—not protecting the citizens of Iraq—was the primary American interest at the time.

So was Shultz acting immorally? Not completely, I believe. Shultz was operating under a different morality than the one normally applied by humanitarians. His was a public morality; not a private one. He and the rest of the Reagan administration had a responsibility to the hundreds of millions of Americans under their charge. And while these millions were fellow countrymen, they were more crucially voters and citizens, essentially strangers who did not know Shultz or Reagan personally, but who had entrusted the two men with their interests. And the American public’s interest clearly dictated that of the two states, Iran and Iraq, Iran at the time constituted the greater threat. In protecting the public interest of even a liberal power, a statesman cannot always be nice; or humane.

I am talking here of a morality of public outcomes, rather than one of private intentions. By supporting Iraq, the Reagan administration succeeded in preventing Iran in the last years of the Cold War from becoming a regional hegemon. That was an outcome convenient to U.S. interests, even if the morality of the affair was ambiguous, given that Iraq’s regime was at the time the more brutal of the two.

In seeking good outcomes, policymakers are usually guided by constraints: a realistic awareness of what, for instance, the United States should and should not do, given its finite resources. After all, the United States had hundreds of thousands of troops tied down in Europe and Northeast Asia during the Cold War, and thus had to contain Iran through the use of a proxy, Saddam’s Iraq. That was not entirely cynical: it was an intelligent use of limited assets in the context of a worldwide geopolitical struggle.

The problem with a foreign policy driven foremost by Never Again! is that it ignores limits and the availability of resources. World War II had the secondary, moral effect of saving what was left of European Jewry. Its primary goal and effect was to restore the European and Asian balance of power in a manner tolerable to the United States—something that the Nazis and the Japanese fascists had overturned. Of course, the Soviet Union wrested control of Eastern Europe for nearly half a century following the war. But again, limited resources necessitated an American alliance with the mass-murderer Stalin against the mass-murderer Hitler. It is because of such awful choices and attendant compromises—in which morality intertwines with amorality—that humanitarians will frequently be disappointed with the foreign policy of even the most heroic administrations.

World War II certainly involved many hideous compromises and even mistakes on President Franklin D. Roosevelt’s part. He got into the war in Europe very late, he did not bomb the rail tracks leading to the concentration camps, he might have been more aggressive with the Soviets on the question of Eastern Europe. But as someone representing the interests of the millions of strangers who had and had not voted for him, his aim was to defeat Nazi Germany and Imperial Japan in a manner that cost the fewest American soldiers’ lives, and utilized the least amount of national resources. Saving the remnants of European Jewry was a moral consequence of his actions, but his methods contained tactical concessions that had fundamental amoral elements. Abraham Lincoln, for his part, brought mass suffering upon southern civilians in the last phase of the Civil War in order to decisively defeat the South. The total war waged by generals William Tecumseh Sherman and Ulysses S. Grant was evidence of that. Simply put, there are actions of state that are the right things to do, even if they cannot be defined in terms of conventional morality.

Amoral goals, properly applied, do have moral effects. Indeed, in more recent times, President Richard Nixon and his secretary of state, Henry Kissinger, rushed arms to Israel following a surprise attack by Arab armies in the fall of 1973. The two men essentially told the American defense establishment that supporting Israel in its hour of need was the right thing to do, because it was necessary to send an unambiguous message of resolve to the Soviets and their Arab allies at a critical stage in the Cold War. Had they justified the arms transfers purely in terms of helping embattled post-Holocaust Jewry—rather than in terms of power politics as they did—it would have made for a much weaker argument in Washington, where officials rightly had American interests at heart more than Israeli ones. George McGovern was possibly a more ethical man than either Nixon or Kissinger. But had he been elected president in 1972, would he have acted so wisely and so decisively during the 1973 Middle East war? The fact is, individual perfection, as Machiavelli knew, is not necessarily synonymous with public virtue.

Then there is the case of Deng Xiaoping. Deng approved the brutal suppression of students at Beijing’s Tiananmen Square in 1989. For that he is not respected among humanitarians in the West. But the consolidation of Communist Party control that followed the clampdown allowed for Deng’s methodical, market-oriented reforms to continue for a generation in China. Perhaps never before in recorded economic history have so many people seen such a dramatic rise in living standards, with an attendant rise in personal (if not political) freedoms in so short a time frame. Thus, Deng might be considered both a brutal Communist and the greatest man of the twentieth century. The morality of his life is complex.