What Our Primate Relatives Say About War 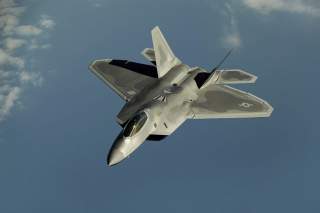 In the early 1930s, with political unrest in Europe and war on the horizon, Albert Einstein wrote to Sigmund Freud asking: “Why war?” Einstein sought an answer to a simple and fundamental question that has been on the minds of scholars and practitioners throughout history. Freud’s response was that war was the result of an impulse, a destructive instinct found in many humans.

For many students of conflict, little has changed in the eighty years since—whatever the political or historical context, war seems to have something to do with human nature. Indeed, this notion has deep and illustrious roots. Most explanations of the causes of war are rooted in two philosophical camps. For followers of Swiss philosopher Jean-Jacques Rousseau, war is a tragic result of misunderstandings and the negative influences of our society. For English philosopher Thomas Hobbes, war is likewise tragic, but rooted in a metaphysical spirit that causes people to endlessly attempt to dominate others. With the end of the Cold War, there were high hopes that both of these pessimistic outlooks could be consigned to history and the millennium would bring forth a radically different world—a new world order. Yet, despite signs of many types of violence falling in western societies (a point recently championed by Steven Pinker), war continues unabated in the new century.

The 21st century does, however, promise new hope—at least in our ability to understand it. Terrific advances in the life sciences equip us with novel tools and insights to help us get to the bottom of Einstein’s question. While these insights draw on a range of scientific disciplines including genetics, physiology, psychology and neuroscience, the unifying framework to understand human nature as a whole is evolution. With a clearer picture of where we came from, we may find a better understanding of who we are and where we are going. As a primate, key to this objective is understanding human evolutionary history and the behavior of our closest relatives. The results are surprising and significant for Einstein’s query.

Primatologists who have studied our closest relative of all, chimpanzees, have depressing news. Chimpanzee behavior is “bad.” They form coalitions to wage lethal violence against rival groups, ambushing individuals of other groups to maim and kill them. Jane Goodall, the foremost student of their behavior, wrote in her classic The Chimpanzees of Gombe: “as a result of a unique combination of strong affiliative bonds between adult males on the one hand and an unusually hostile and violently aggressive attitude toward nongroup individuals on the other,” the chimpanzee “has clearly reached a stage where he stands at the very threshold of human achievement in destruction, cruelty, and planned intergroup conflict.” Other primatologists since have verified these conclusions, in different locales and settings, with detailed descriptions of systematic and lethal inter-group violence. Hobbes seems to have described chimpanzee behavior very accurately, reinvigorating the question of how much it applies to humans as well.

The example of the bonobos (pygmy chimpanzees in central Africa) is often raised in contrast to chimpanzee behavior, and by implication, an alternative perspective on human behavior as well. Bonobos are seen as the “good” ape because they seem to be the antithesis of the chimpanzee. Although not as well studied as chimpanzees, enough is known about them to recognize that bonobos are different, including exhibiting less aggression than chimpanzees. They still experience significant conflict, at least within groups, but it is manifested and resolved in different ways. Indeed, sex appears to replace war as their distinguishing characteristic. Their sexual activity, both heterosexual and homosexual, appears to be used for stress reduction, conciliatory purposes and resource competition. Given what seems to be a lifestyle straight out of San Francisco’s bohemian Haight-Ashbury district, people could be forgiven for wishing humans were related to bonobos, inferring that they prove Rousseau right rather than Hobbes, and that they serve as a better model for humans than chimpanzees.

However, there are three very important qualifications in drawing inferences from our primate ancestry. First, the two species of chimpanzee are much more closely related to one another than either is to us. Chimpanzees and bonobos separated perhaps 0.86–0.89 million years ago (mya) and perhaps as long ago as between 1.5–2.5 mya. By contrast, we all shared a common ancestor long before, about 5–6 mya. This common ancestor is likely to have been different from all of us—different from humans, chimps, and bonobos. Understanding this phylogeny is important because it means there is little reason to believe that bonobos are the best model of human behavior. Chimpanzees are not a perfect model either, but they are likely to be a better one because they share more social and ecological similarities with humans than bonobos do.

This leads us to the second qualification. A key reason why humans, bonobos and chimpanzees differ at all is the environment in which they evolved, and that environment’s selective pressures shaping the evolution of their social behavior. Here again, bonobos are the odd man out. Humans and chimpanzees have occupied diverse habitats across a very large range in the last several million years, stretching across the breadth of Africa and often comprising of patchy food resources that give rise to competition. In contrast, the ecology of the bonobos has been very different. Confined to a range below the Congo river in central Africa, bonobos occupied a more stable and benign habitat with dense, lowland forest and more evenly distributed and high-quality foliage, and the absence of competition from gorillas, all of which reduced between-species and within-species competition, especially among males. Accordingly, ecology makes bonobos a less representative model than chimpanzees for understanding human behavior.

Third, human behavior must be understood as a consequence of evolutionary history both long before and long after any common ancestor with primates. Let’s consider those older roots first. Humans share many traits that are common not just to primates, but to all mammals and even all vertebrates extending tens or hundreds of million of years into the past. For example, evolutionary older parts of the human brain elicit responses such as fear, aggression and the fight or flight response, which are shared among all mammals. Forget chimps or bonobos—much of human behavior can be understood as mammal-typical. But by the same logic many human traits are primate- or great ape-typical as well, making gorilla and orangutan behavior also important contexts for a full understanding of human behavior.

Now let us consider human evolution since our great ape common ancestor. Although, as argued above, much of human behavior carries the baggage of our distant evolutionary heritage, it has been fine tuned as the result of adaptations to the unique physical and social environment in which we—our species—evolved over the last 2 million years or so. Over and above whatever chimps or bonobos do, therefore, humans display adaptations to deal with problems that were uniquely ours. While there are many things unique to humans, perhaps the most significant has been collective action in large groups of non-kin, and defense and offense against rival groups. Inter-group conflict may be important among chimpanzees, but Homo sapiens turned it into an art. Although the details remain highly controversial, a series of new studies in archaeology and anthropology have debunked Rousseau’s myth of the peaceful savage. Death rates (as the percentage of adult males killed in intergroup conflict) among indigenous and prehistoric societies make the wars of the 20th century seem like skirmishes. Although humans were not always at war, human societies were always organized around its ever-present threat.

A sensitivity to human evolution and the behavior of chimpanzees and bonobos forces students of modern students of conflict to face two hard truths. First, we evolved in conditions of resource competition where fear of others, aggression and violence offered adaptive solutions to protect and provide for ourselves and our kin. We therefore need to amend Clausewitz. Humans do indeed wage war for political purposes, but long before war for raison d’etat there was war for resources. International politics is therefore not the root of war but merely an example of it—the continuation of seeking access to valuable resources by other means. Accordingly, when we consider “Why war?,” we have an answer: war is one of Mother Nature’s solutions to compete successfully for resources.

Second, the human traits of egoism, dominance, and in-group/out-group bias are at least partly adaptations to the ecological conditions prevalent in human evolution. It is not assumed that we simply inherited these wholesale from a common ancestor, or the common ancestor we share with the chimpanzee. Clearly, we have undergone many physiological and behavioral changes since then and ecology has been as or more important. But although humans and chimpanzees appear to have travelled much of the road to war together, we have gone far further. The particular socioecological setting in which humans evolved meant that aggression and war were significant behavioral adaptations. These same settings led to remarkable levels of cooperation as well, but note that this cooperation is selectively directed towards in-group members, the better to avoid exploitation by rival groups and organize for war. These adaptations, lamentably, remain with us today and influence our behavior, politics and society.