$10 a Barrel Oil Is Possible: Can American Energy Independence Survive the 2020 Oil War? 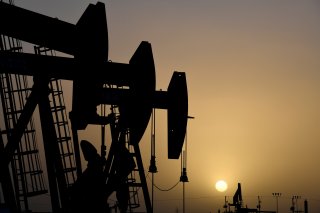 “Trust me, this will be a regrettable day.”

The declaration by the Saudi energy minister, Prince Abbdelaziz Bin Salman, at the March 6 “Black Friday” OPEC plus meeting has proven accurate as the world’s energy giants engage in a war over the black gold, causing prices to crash and sparking bankruptcy fears for the entire U.S. shale industry.

With America’s energy independence under threat, can the nation’s oil and gas industry survive the fallout?

After restraining supply since 2017 to support prices, the fateful meeting in Vienna had seen the OPEC oil cartel seek additional production cuts of 1.5 million barrels per day (bpd) from April.

Ahead of the talks, oil demand was already flagging due to the global coronavirus pandemic and an unseasonably warm January. Iranian oil minister Bijan Zanganeh had indicated OPEC had “no plan B” if Russia or other non-OPEC members did not accept the deal.

Yet Russia refused to play along, reportedly on the basis that more cuts would simply hand greater market share to U.S. producers.

Saudi Arabia’s response was to flood the crude oil market by increasing production. It plans to hike output by up to 25 percent to 12.3 million bpd in April, setting off a price war in a bid to regain lost market share.

The oil-dependent Middle Eastern kingdom slashed its April selling prices, putting pressure on Russia and other non-OPEC producers, including the United States. Saudi Arabia’s neighbors have also flagged output hikes, including an extra 1 million bpd from the United Arab Emirates.

Russia reacted by claiming it could hike production by up to 500,000 bpd to a record 11.8 million barrels once the OPEC plus agreement expires on April 1.

The market reaction has been swift. Already low oil prices fell by more than half, tumbling to an 18-year low of just over $20 a barrel on March 18 after having traded above $50 for nearly five years, and spending nearly a decade around $100.

Morgan Stanley expects Brent crude to trade at around $30 a barrel through the second quarter of 2020, with others warning it could drop below $10 should the stand-off between Saudi Arabia and Russia continue.

Oil is now facing a “triple whammy” of a price war, COVID-19 and a supply glut, occurring just when the world economy is at its weakest point since the global financial crisis. The pandemic is expected to cut fuel demand by at least 10 percent worldwide, however this could worsen depending on the extent of the global shutdown.

Meanwhile, excess supply could reach between 800 million and 1.3 billion barrels in the first six months of this year, in what consultancy IHS Markit describes as “the most extreme global oil supply surplus ever recorded.”

“The last time that there was a global surplus of this magnitude was never,” said Jim Burkhard, vice president and head of oil markets at the London-based consultancy.

“Prior to this the largest six-month global surplus this century was 360 million barrels. What is coming will be twice that or more.”

On March 24, U.S. West Texas Intermediate crude was trading at around $24 a barrel, with Brent futures at $27 amid expectations of a $2 trillion fiscal stimulus by Washington to prop up a faltering U.S. economy.

Analysts are not confident however that the bleeding will be stemmed.

“No one has a handle of how much the world will come to a halt,” Edward Moya, senior market analyst at OANDA in New York, told Reuters.

“It will probably be impossible for oil prices to continue to stabilize.”

The shale boom saw America emerge as the world’s largest crude oil producer in 2018, exceeding output from Saudi Arabia and Russia. The previous U.S. petroleum deficit, which totaled $436 billion in 2008, became a surplus in September 2019, prompting President Donald Trump to declare earlier this year that “we do not need Middle East oil.”

Even a price crash in 2014-16 caused dozens of U.S. oil and gas companies to file for bankruptcy and hundreds of thousands of layoffs failed to dent the American industry’s upward momentum.

Will this time be different?

Energy consultancy Wood Mackenzie estimates that many companies need an average Brent price of $53 per barrel simply to break even. Some $380 billion of cash flow would be erased if Brent prices average $35 for the remainder of 2020.

“There is much less obvious excess spend to cut this time around after five years of disciplined investment and austerity. Raising capital is also much harder now, especially for U.S. independents, and upstream M&A [merger and acquisition] market activity is at record lows,” said Wood Mackenzie’s Tom Ellacott.

“In addition, many companies have already made the most of the obvious asset sales.”

Analysts at S&P Global Platts have projected the U.S. industry will lose some 500,000 bpd in production this year, rising to 1.3 million bpd in 2021 as companies slash output, jobs and investment to stay afloat.

High debt levels will make it more difficult for the American industry to bounce back, should prices start rising again.

“One of the reasons we don’t see U.S. shale bouncing back as quickly as it did in the 2015-16 low oil price cycle is the state of financial institutions and their willingness to refinance the U.S. shale industry,” said Chris Midgley, global director of analytics at S&P Global Platts.

A lack of investor support could be critical, according to Dave Ernsberger, head of pricing and market insight at S&P Global Platts.

“The whole shale patch over the past couple of years has been under intense investor pressure to generate positive cash flow, to have dividends and return earnings to shareholders. Any company that said it would outspend and grow production wildly was punished in its equity price,” he said.

“Now after what’s happened in the last week or two, it’s almost impossible to imagine any high-yield company to be able to refinance anything in the unsecured or secured market….Bond prices have tanked, yields are through the roof, trading at around 20 to 21 percent, so we’re headed for a lot of defaults and bankruptcies.”

Last year saw record bankruptcies and write-downs, with 50 energy companies filing for bankruptcy including 33 oil and gas producers, according to energy law firm Haynes & Boone, with more expected in 2020 given the approaching wave of debt.

The industry is also under pressure from declining well productivity as shale regions mature. IHS Markit estimates an annual decline in output from Permian Basin wells of around 40 percent, requiring an unlikely drilling pickup to reverse, yet expectations are for rig counts to decline by up to 30 percent.

Although U.S. producers have succeeded in slashing drilling costs by around $20 a barrel over the past five years, only 16 operate in fields with new well costs below $35. The Dallas Federal Reserve estimates $50 per barrel as the break-even price for the industry and most have budgeted for prices of around $55 to $65 a barrel this year.

“Never bet against technology to find ways to get more efficiency – they will need that…but they’ve got some big headwinds in the next 18 months,” S&P Global Platts’ Midgley said.

Will Russia or Saudi Arabia back down? S&P Global Platts estimates Russian’s fiscal break-even price at $54 per barrel, compared with Saudi Arabia’s $82, meaning that both have much to lose from an extended price war.

Yet Russia has accumulated foreign reserves estimated at $520 billion, while Saudi Arabia possesses the lowest cost oil supply together with foreign reserves of around $500 billion and low public debt. Producer Saudi Aramco has boasted an extraction cost as low as $2.80 per barrel, while Russian companies including Rosneft and Gazprom have reported production costs below $4.

“Both Russia and Saudi Arabia can wait this out for quite a while before they take real economic pain,” Midgley concluded. The analyst expects the price war to continue “for the foreseeable future” barring a tightening of market conditions, likely at the expense of the U.S. industry.

Nevertheless, low prices threaten Saudi Arabia’s plans to diversify its economy, with declining state spending risking popular discontent in repressive regimes across the Gulf and in Russia and Venezuela.

Even if oil prices return to around $50 to $55 a barrel, Saudi Arabia’s international reserves would drop to as low as five months’ import coverage by as early as 2024, rising a potential balance of payments crisis and the abandonment of its dollar peg, according to the International Monetary Fund.

America is fighting back, with the Trump administration announcing plans to buy up to 77 million barrels of crude and appointing Victoria Coates as special energy representative to Saudi Arabia, amid speculation of a U.S.-Saudi deal to calm oil markets. Some U.S. lawmakers have called for an embargo on foreign oil, while the Texas Railroad Commission has even suggested curbing Texas production to support prices.