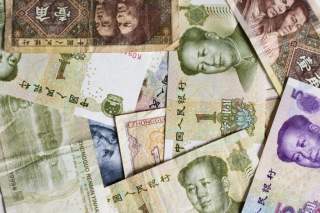 The global development landscape is currently in a period of tumult. A number of developing countries that were once aid recipients are now aid donors, and they represent a growing proportion of the total money spent on international development. China is by far the largest emerging competitor in the global aid market, and its unique way of designing and delivering assistance is challenging the traditional policies and practices of Western powers.

Beijing is shaking the foundations of international order put in place by Western powers after World War II. Its attitude towards aid transparency norms is a case in point. China has opted out of global reporting systems, such as the International Aid Transparency Initiative (IATI), which were put in place by Western powers to facilitate donor coordination and minimize duplication and waste. Instead, Beijing has chosen to release few details about its rapidly growing international development finance program, making China’s foreign aid program an informational black hole.

AidData, a research lab at the College of William and Mary, has led an effort over the last four years to address this data deficit. Using an open-source data collection and triangulation methodology, we have amassed a large dataset (at china.aiddata.org) that tracks twenty-two separate Chinese government departments and agencies, funding nearly 2,650 development projects in fifty-one African countries worth approximately $94 billion. We started with Africa because the continent receives more than half of China’s international development budget each year.

Based on these data and other sources, our analysis has resulted in some surprising challenges to widely-held assumptions about what China is up to in Africa. There are ten things we’ve learned, with each having implications for anyone trying to understand the motivations of rising powers more broadly, as well as their global reach and impact.

Finding 1: Over the last decade, Western politicians and public intellectuals have popularized several myths about the nature, distribution, and impact of China’s overseas development activities. One popular claim is that China now provides as much, if not more, aid to Africa as the United States, and that much of this aid is funneled to corrupt and authoritarian regimes. Another commonly heard claim is that China is a “rogue donor” with a strong interest in natural resource acquisition and a weak interest in helping improve social or economic outcomes in developing countries. But if one scratches the surface, it becomes clear that most of these claims are based upon anecdotal accounts, ideological and political commitments and research undertaken with non-transparent data sources and methods. Beijing has made the problem worse: by disclosing little reliable information about its overseas development activities, it has fueled suspicions and made it far more difficult to dispel false claims with evidence.

Our research tries to separate aid (in the strict sense of the term) from official financial activities that resemble but do not qualify as aid—in particular, commercially-oriented state financing with higher interest rates and lower grant elements. And by producing more granular data and analysis, we have managed to uncover a number of new insights that all point in the same direction: the Western policy establishment, and especially U.S. national security experts, should step back and take a deep breath. The sky is not falling.

Finding 2: Consider the myth that China provides as much, if not more, aid to Africa than the United States. This claim is usually trotted out by doomsayers who see it as evidence of declining U.S. power and influence. But by combining our database with the OECD’s strict definition of aid (“official development assistance” or “ODA”), we found that China provided approximately $31.5 billion of aid to Africa between 2000 and 2013 (or approximately $2.25 billion per year). By comparison, the United States disbursed nearly three times as much ODA to Africa over the same period: $92.7 billion (or approximately $6.62 billion per year).

Yet there is an element of truth in the popular claim that Chinese funding to Africa rivals that of the U.S. if one uses a broader definition of aid (called “official financing”) that includes financial transfers with no or little grant element, and financial transfers lacking developmental intent, China and the US provide roughly comparable levels of funding to Africa -- $94.3 billion and $107.9 billion, respectively, between 2000 and 2013. The reason is simple: China provides more funding to Africa for commercial purposes than its does for strictly development purposes.

Finding 3: Another popular myth is that Chinese development finance is all about the “hardware of development” (e.g., roads, ports, railways, refineries and electrical grids). Our data confirms that China has focused its efforts in these sectors, but it also shows that Beijing has created a large and diverse portfolio of investments in Africa’s agricultural, educational, and health sectors. China’s broad sectoral footprint actually resembles that of Western donors—except it is markedly less interested in supporting environmental programs.

Finding 4: How closely does China align its overseas development spending with its foreign policy interests? We found that when African states consistently vote with China in the UN General Assembly, or align their voting with China’s voting over time, they usually receive significantly more official development assistance (ODA) from Beijing. In this regard, China seems to be following the example of the U.S. Previous research has uncovered a similarly strong correlation between U.S. aid provision and how U.S. aid recipient countries vote in the UN General Assembly.

Finding 5: Contrary to a claim popular among public intellectuals, we don’t find that China favors authoritarian or corrupt regimes (so-called "rogue states”) in its allocation of aid. Nor does China seem to take commercial self-interest or natural resource acquisition considerations into account when it allocates aid resources across countries. In fact, we find that Chinese aid flows do go to poorer countries. Beijing evidently makes its aid allocation decisions based on humanitarian and socioeconomic needs, which is again similar to the U.S., and encouraging because it suggests that China and the U.S. have shared aims that may provide a foundation for long-term cooperation.

Finding 6: By contrast, we find that less concessional, and more commercially oriented, forms of Chinese state financing (e.g., so-called “other official flows,” or OOF) tend to go to countries that are rich in natural resources and countries with higher levels of corruption. The fact that Chinese OOF favors corrupt and natural resource-rich countries helps explain why policymakers, journalists and public intellectuals perceive more “Chinese aid” to be flowing to those kinds of countries. In fact, it is not aid that flows to such countries, but rather OOF, which is not aid in the traditional sense.

The fact that China is funneling significant financial resources to corrupt countries is a source of potential concern, but Western policymakers and pundits should probably reserve judgment until they have better evidence that Beijing’s willingness to work with unsavory regimes is actually worsening governance outcomes. It’s important to recognize that China may be more willing to work in countries that are plagued by high levels of corruption because they rely on financial modalities, such as commodity-backed loans, that reduce the risks of financial misappropriation. China also tends to use loans to pay Chinese contractors for work performed in counterpart countries, which arguably gives it more fiduciary control over the funds that it provides to African countries.

Finding 7: Once aid arrives in a given country, there are both similarities and differences in how Western and Chinese funding is allocated between subnational localities. Neither Western nor Chinese donors are good at targeting the areas most in need of aid. We’ve found that aid from both China and the World Bank often ends up going to wealthier rather than poorer regions of African countries.

However, our own interviews and interactions with World Bankers and Chinese aid officials suggest that this probably reflects organizational ignorance rather than disinterest in improving aid’s impact; better subnational targeting and coordination may therefore be an area where the U.S. and China can find common ground.

Finding 8: By pinpointing the precise latitude and longitude coordination of Chinese-backed projects, we have learned that African leaders are able to more easily manipulate incoming funding from China for their own domestic political purposes. Specifically, we have found that a disproportionate share of Chinese aid and other sources of Chinese state financing goes to the birthplaces of African leaders. On average, an African leader’s home region receives nearly four times more financial support from China during the period of time when he or she is in power, after controlling for a number of other factors that influence funding distribution. By contrast, we do not find the same pattern for the World Bank, one of the largest Western suppliers of development finance.

China’s official policy of non-interference in the domestic affairs of its partner countries is the likely reason for this political targeting bias: African officials know that they have more leeway with Beijing’s money, and they use it. But the U.S. should exercise strategic restraint and use this as an opportunity to work more closely with China rather than to shame or chastise it. Many U.S aid programs have also proven to vulnerable to political misuse by governing elites. Therefore, now is not the time to seek the moral high ground, but rather to recognize that the similarities between U.S. and Chinese aid are probably greater than the differences, and both countries will be better off if they work towards shared objectives like less aid fragmentation, closer donor coordination and better aid outcomes.