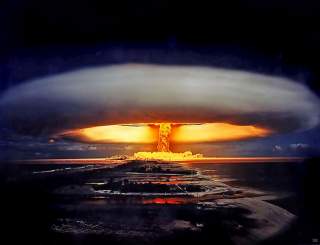 The objective of the P5+1 in their negotiations with Iran over a comprehensive deal is to keep Iran at about a year from what is known as “breakout”—the ability to quickly assemble one nuclear device. The logic of the P5+1 stance is that with some modifications to Iran’s nuclear infrastructure and an “ironclad” verification regime, twelve months will be enough time for an Iranian violation to be detected and for the international community to respond before Iran is able to move to a weapons capability.

In a perfect world, they might be right. But in the real world, and based on the experience of the past eleven years, this best-case scenario assumption is unwarranted. It is much more likely that twelve months will be insufficient time for detection and response. Specifically, it will require whoever is in charge—the IAEA? United States? P5+1? UN Security Council?—to successfully manage three crucial tasks: to detect a violation, and produce clear evidence; to secure agreement that the violation is significant and warrants confronting Iran; and to act on the information in a quick, coordinated and determined manner in order to stop Iran.

But the quick “detection-decision-action” process envisioned by the P5+1 will not be as smooth, problem-free and timely as they think. In fact, there are likely to be problems of interpretation, and other political constraints at every turn.

Let’s begin with presentation of evidence of a violation. Once an agreement with Iran is achieved, after so many years of difficult and time-consuming negotiations, it will no doubt be accompanied by great fanfare and praise to Iran for its cooperation. The negotiators will be ecstatic with their success, and eager to proceed with economic and political cooperation and new ties. The last thing they will want is to find evidence that the agreement is not being adhered to. In fact, the instinct of the P5+1 will be to look the other way if faced with evidence, and they will certainly have no incentive to actively seek it out.

Still, intelligence information and analyses of IAEA reports will find their way to media reports and commentary, and these will quickly become the subject of debate in the public domain—in the media and social media. This will force the relevant parties to pay attention, but some recent cases provide a glimpse of what is likely to happen.

In the past few weeks alone, questions have been raised (by an independent, Washington-based research institute) about evidence that Iran had fed gas into advanced IR-5 centrifuges, and an article was published about Iran’s illicit procurement of components for its heavy water reactor at Arak, in violation of UN sanctions. These two cases sparked debate over the facts and interpretation of the facts, and whether they violated the Joint Plan of Action (JPOA). In the first case, the United States reported that it confronted Iran with the evidence and told it to stop; for its part, Iran said it would continue to test the centrifuges whenever necessary, and that it is not a violation. The case of Arak elicited debates among experts in the United States over whether this was a violation of the JPOA or “only” of sanctions; regarding the JPOA, some noted the obvious and dangerous procurement loophole, while others were satisfied that procurement is not a direct violation.

Another issue that sparked media debate was whether concessions were made by Iran as part of the November 24 decision to extend the nuclear negotiations for another seven months—the United States said concessions were made in certain areas, and Iran denied them. This case was reminiscent of what happened after the Interim Deal was first decided—there was a U.S. version of the deal and an Iranian one, and they were not identical.

These cases demonstrate the “interpretation wars” that will no doubt accompany any news of future violations—among the P5+1 states (and within them), as well as between the P5+1 and Iran. Interpretation of the evidence will be strongly influenced by political considerations—as has been the case for the past eleven years. People will be challenging the veracity and significance of any evidence that is produced, in line with an entire set of political interests. This will be time-consuming, and will come at the expense of the ability to make a quick call that there is clear evidence of a violation.

Then there is the question of significance. Is the violation significant enough to warrant confronting Iran? And if it is deemed significant, what should be done about it? Will action be taken in response to any violation or only in the face of a major violation? The latter would certainly be a mistake, especially as we have learned that Iran operates incrementally—the regime consciously avoids blatant violations that may more easily elicit a harsh international response, preferring to move slowly, bit by bit. That’s how Iran got from several hundred centrifuges to 19,000, including advanced models, and from the first kilograms of low-enriched uranium to an amount today, which if enriched to weapons-grade level, would be enough for six to seven nuclear devices.

Finally, if all of these initial stages are passed successfully, and a decision is made that something must be done, what will that “something” be? More sanctions? Military force? What will be able to stop Iran in a time frame that is likely at that point to be extremely short?

When considering how things are likely to play out—on the basis of how they have played out in the past and the debilitating political constraints—twelve months is in reality no time at all.