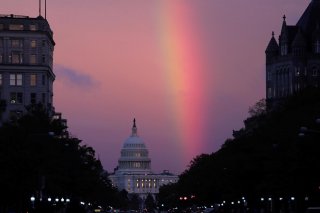 A recent vote-a-rama in the Senate has advanced President Joe Biden’s $1.9 trillion coronavirus relief bill a step closer toward becoming law. Parts of this huge spending plan will indeed help speed the economy’s recovery. Other parts will do little for recovery but will in the interim help ease the immediate burdens on those suffering from the current lockdowns and quarantines. And part of this spending will focus on matters largely extraneous to the bill’s stated purpose. All this comes with longer-term risks—that over stimulus might distort the economy, setting the stage for a subsequent recession, and that the spending, however, justified, will nonetheless erode the sustainability of the nation’s public finances.

The key to relief from today’s employment and business stains is, of course, a speedy economic re-opening. This past summer’s remarkable economic response to even the partial re-opening makes this fact crystal clear. And since the key to re-opening lies with widespread vaccinations, the most applicable parts of this plan are the some $300 billion designated to step up testing and establish a national inoculation program, including special help for Medicaid. More dubious is the $30 billion this legislation would use to establish a national disaster relief program. Though this spending may come under the heading of preparation for the next pandemic, it is nonetheless suspect, as it could, in the way of Washington, simply create a kind of slush fund for all sorts of favored projects.

These crucial aspects of the plan are only some 15 percent of the total (17 percent including the slush fund.) The bulk of the spending, about half of it, has less to do with re-opening than with easing the heavy burdens of anti-virus strictures on a subset of the population. These measures include one-time checks of $1,400 to lower-income Americans, an extra $400 a week for unemployment benefits until September 2021, an expansion in paid leave, and a one-year enlargement of the child tax credit from $2,000 to $3,000, with an extra $600 for each child under six. The legislation would also secure the 15 percent increase in food stamps and the moratorium on evictions and foreclosures that were legislated earlier but would otherwise expire. Though none of these measures would speed the re-opening, they would help prevent any economic backsliding in the interim. They have another justification. The help offered spreads the burden of virus containment from those who through no fault of their own have had to face the greatest economic hardship to the general population, which presumably has also benefited from the containment efforts.

On both these parts of the program, President Biden has reasonably claimed exemption from usual budgetary strictures. Typically, new outlays must find a budgetary balance either in tax increases or compensatory spending cuts elsewhere. Though such rules offer a reasonable effort to slow the tide of red budgetary ink, few could argue that the response to an emergency, whether a natural disaster or a pandemic, should be so constrained. This is a classic case of the federal government’s role. It is the same argument used to justify using debt to fight an existential war. Future generations will bear the payment burden, but they also benefit from the immediate effort to protect the nation. In other words, it is unreasonable to ask the generation that fights the war (copes with the pandemic) to pay for it as well.

Other parts of the advancing legislation raise questions. It, for instance, would designate billions to help states and cities recover from the burden of fighting the virus over the last year. No one can doubt that local and state governments have had to shoulder special burdens in this pandemic. To that extent, federal relief may well be justified, since Washington has more ability to raise money and stretch its budget than any state or city. But if this reasoning provides a general justification, there is considerable doubt that all the fiscal problems facing states and cities reflect the demands of fighting the pandemic. Many of these jurisdictions have mismanaged their finances for years, and it would be highly unfair to ask the nation’s taxpayers to solve problems that rightly should only burden the people who have elected such hapless leadership. On this basis, Republicans make substantive claims that these monies are less for coronavirus relief than to bail out certain Democratically affiliated states and cities.

The give and take in the Senate did flush out two dubious aspects of the president’s original proposal. One would have hiked the national minimum wage to $15 an hour, and the other would have made a major outlay on student debt forgiveness. Whatever the general pros and cons of higher minimum wages, this emergency is not the time. A mandate of higher wages would only serve to slow rehiring in an economic re-opening, especially among hard-hit lower-wage workers. What is more, a forced increase in payroll outlays might convince already beleaguered small businesses simply to close-up shop, denying the economy their support and their former employees of any hope of returning to work. The other dubious proposal that the Senate rejected was student debt forgiveness. A payment moratorium would seem better tailored to the needs of immediate pandemic relief, while the general concept would create a regressive wealth transfer from the general taxpayer, many of whom have no college, to part of the population that has at least some college, hardly a reasonable thing to ask especially of the country’s already beleaguered low-skilled workers.

That the Senate blocked these provisions might suggest that it works better than is generally thought, at least obliquely so, but these minor adjustments hardly relieve all the risk associated with this huge spending plan. One is the impact on federal finances. However justified emergency relief is, this huge increase in spending will further erode the already precarious state of federal finances. In the first year, the plan would raise federal deficits by an additional 1.0 percent of gross domestic product (GDP) and accordingly add to the already considerable accumulation of outstanding federal debt. Annual budget deficits were already running at historically large proportions, and the government’s debt burden already exceeds the nation’s GDP, a rough measure of the nation’s ability to meet its obligations.

Not only does the effort, however, justified, threaten the stability of federal finances, but there is risk in the timing of such measures. Should the re-opening emerge sooner rather than later, the presence of additional federal support now might strain the economy’s ability to respond. It may be premature to forecast inflation as a result, but not inconceivable, given the easy monetary policies long pursued by the Federal Reserve (Fed). Even if the economy can avoid inflation, excessive stimulus has the ability to introduce distortions and imbalances that might ultimately have recessionary effects, not the least because the business failures already imposed by the anti-virus strictures have left a growing legacy of failed debt that will have its own tendency to distort financial and economic conditions and risk recession.

As with so much that comes out of Washington, this huge plan can only be described as a mixed bag. Some of it is well-targeted, some is not, and some of it is of entirely questionable value. Even if matters were well-targeted and well-timed, the effort, as it should be clear, carries the negative aspects of future public financial pressures and possibly more immediate destructive economic distortions. Those risks are probably worth taking given the economy’s immediate needs, but neither can they be dismissed.