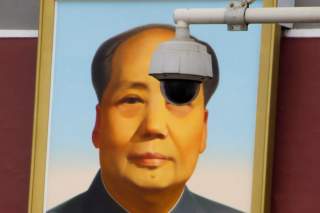 Closing the Chinese mind would be tragic at any time. But especially now, since the end of Maoism had offered hope of a new and better future. The Chinese people deserve the opportunity to think for themselves.

Of course, despite the assumption that Xi is forever, his rule will end and his changes might not be permanent. He appears to be simultaneously on the summit and at the precipice. The PRC faces significant demographic, economic and political challenges. The ongoing economic slowdown may significantly complicate the task of Xi and the other residents of Zhongnanhai.

At the same time the West’s ability to forcibly open the Chinese mind is minimal. Proposed sanctions would be a feel-good policy, unlikely to cause a rising power to yield. Nevertheless, Xi and other top officials should consider the instructive experiences of Hong Kong and Taiwan: Greater repression instills hatred rather than affection. In those lands Beijing’s attempts to suppress dissent increased people’s determination to protect their liberties and values.

The PRC’s economic and military strength ensures a growing share of global leadership. However, its assault on intellectual freedom demonstrates Beijing is not yet fit to lead. Washington’s best policy remains engagement with China, avoiding economic war and military conflict that could devastate both sides. But Americans should remember the nature of the regime which they currently face.