The 1994 Genocide in Rwanda was Anti-Tutsi. The State Department Should Say So. 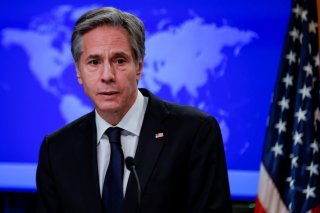 Both Democratic and Republican administrations consistently condemn Holocaust and genocide denial. It is ironic, then, that beginning with the Obama administration and continuing through Trump’s term, the State Department appears to be driving revisionism about the 1994 Rwanda genocide.

That the 20th century witnessed numerous genocides against ethnic and religious communities is one of the darkest marks of the century. While genocide did not originate in the 20th century, the willingness of the world to confront and acknowledge such crimes with the hope to ensure they never happen again differentiates that century from those that came before.

The reality that Adolf Hitler killed six million Jews is not up for serious debate. Nor do scholars and diplomats allow the fact that the Nazis also targeted non-Jews—homosexuals, Roma, the mentally and physically handicapped, Jehovah’s witnesses, and those of African descent—obfuscate the fact that, for the Nazis, the desire to eradicate Jews everywhere was the Holocaust’s defining feature.

That it took the United States so long was the result both of Jewish interest groups which feared diluting the uniqueness of the Holocaust, historical ignorance about premeditated intent, and the strength of the Turkish lobby that fears Turkey might be held to account and forced to make reparations. Taken together, though, such reluctance was a black mark and compromised moral clarity. Turkish nationalists may bluster, but there is no denying the Armenian genocide as the first of the twentieth century. That anti-Turkish ethnic cleansing occurred in parts of the Balkans does not mitigate or excuse what Turks and their proxies did to Armenians.

That Turkey and Azerbaijan both launched a surprise attack on the Armenian-populated enclave of Nagorno-Karabakh on the 100th anniversary of Turkey’s invasion of independent Armenia and that Turkish President Recep Tayyip Erdoğan and Azerbaijani dictator Ilham Aliyev engaged in racist, eliminationist rhetoric underlies the importance of not sweeping genocide under-the-rug; denying genocide only encourages its perpetrators to keep trying.

The State Department, however, appears not to learned its lesson when it comes to Rwanda. Beginning under Secretary of State Hillary Clinton but continuing through the Trump administration, the policy of the United States has been to refuse to recognize the 1994 Rwandan genocide as anti-Tutsi in nature. This is rooted both in the logic that others died in the violence and that the promise of a more clear accounting of genocide could be leverage to extract concessions from Rwanda.

Such a position is both extralegal and ahistorical. Article II of the Convention for the Prevention of Genocide defines genocide as the “intent to destroy, in whole or in part, a national, ethnical, racial or religious group” by engaging in acts such as “killing members of the group,” “causing serious bodily or mental harm” or “deliberately inflicting on the group conditions of life calculated to bring about its physical destruction in whole or in part.”

As for the 1994 violence, it is beyond dispute that Hutu militants carried out a deliberate, coordinated, and pre-planned assault to eliminate the Tutsi as a group. Certainly, Hutus also died in the violence, but these victims were those whom Hutu extremists saw as political obstacles or those who refused to cooperate in the killings. These Hutu were honorable, but they do not change the goals of the genocide. The fact that non-Jews (including many Germans) died in the Holocaust and that non-Armenians died in the Armenian genocide is not cause to dismiss the true intent of either.

Likewise, recognizing the reality that events in 1994 constituted an anti-Tutsi genocide does not erase the fact that some Tutsis in the Rwandan Patriotic Front may have committed war crimes. Most of these were individual in nature and of the sort that occurs in nearly every armed conflict rather than state or group policy. As J. Peter Pham, former U.S. special envoy for the Great Lakes Region, explained to me, “Even the most anti-Paul Kagame analyst – and there are quite a number of claimants to that title, especially in Europe – has never claimed that the future Rwandan President of the Rwandan Patriotic Front organized a genocide of the Hutus.” Subsequent developments in the region—be they Kagame’s consolidation of power, the war in the Democratic Republic of Congo, or Hollywood anger at the terrorism trial of Paul Rusesabagina—do not change what Hutu génocidaires planned and executed.

The refusal of the United States, however, to acknowledge the anti-Tutsi nature of genocide has real-world policy implications. It empowers the cynical moral equivalency of those like Brian Endless, director of the African studies and Africa diaspora program at Loyola University Chicago, for example, who claims absent any research conducted in Rwanda that more Hutus than Tutsis died in 1994 as a means to undermine the moral capital of Kagame’s administration.

In effect, such efforts to deny genocide to spite Kagame would be analogous to promoting Holocaust denial because of animosity toward Israeli Prime Minister Benjamin Netanyahu, or to suggest that Armenians killed more Turks in 1915 than vice versa out of frustration with Armenian Prime Minister Nikol Pashinyan.

The continued refusal by Washington to designate properly the genocide is problematic for three reasons: First, lack of moral clarity undermines U.S. diplomatic capital in the region. Second, it opens the United States to charges that its policy is inherently racist for diminishing deliberately a genocide perpetrated primarily against Africans. Lastly, it enables Hutu extremists such as those in the Democratic Forces for the Liberation of Rwanda to avoid the pariah status that Neo-Nazis and anti-Armenian Grey Wolves today share. To refuse to address the genocide with moral clarity only encourages deniers and revisionists who would turn to violence in pursuit of political power.

Perhaps diplomats fear that Kagame might seek political capital from formal genocide recognition. Historical accuracy, however, should trump handwringing about short-term politics. President Joe Biden and Secretary of State Antony Blinken have said they seek to return gravitas and morality to American foreign policy. Ending denial and revisionism about the 1994 Rwanda genocide in the State Department’s Bureau of African Affairs would be a good place to start.

Dr. Michael Rubin is a resident scholar at the American Enterprise Institute, where he specializes in Iran, Turkey, and the broader Middle East. He also regularly teaches classes at sea about Middle East conflicts, culture, terrorism, and the Horn of Africa to deployed US Navy and Marine units.