2015: America's Economy Will Lead the World (But for the Wrong Reasons...) 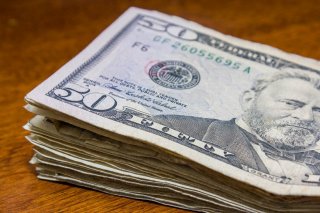 There are few things less predictable than economics. There are things that affect the system that you cannot foresee. So with the knowledge this will almost certainly be grossly incorrect, here is what will happen in 2015:

The U.S. economy will disappoint again: GDP growth is expected to come in at 3 percent, but it is likely to come in lower (estimates have begun to creep down lately). But there will be a different reason for the disappointment. Instead of being held back by the old wounds of the financial crisis, the United States will be held back by the rest of the world.

The main culprits of the drag will be China and Europe—and bigger than anticipated: The economies of China and Europe are deeply intertwined with the United States and—despite the relative strength of the domestic U.S. economy—the reverberations will be felt through trade. The other large economy, Japan, may get a bit of a boost from Abenomics in the first part of the year, due to a weakened Yen. But this would be a positive only for Japanese exporters. Imports would become increasingly expensive.

Chinese GDP growth will surprise to the downside of the 7 percent target (either officially or unofficially): Recently, the Chinese Academy of Social Sciences predicted housing prices would continue to decline in 2015. While still astounding growth rates, the declines in home prices and GDP growth are indicative of the shift from an infrastructure- and investment-driven economy to a consumer-driven economy. As markets realize this is the new normal for China, questions will be raised about the sustainability of China’s commodity consumption. This will be a severe headwind to the commodity-driven economies as markets then question the sustainability of their growth trajectories.

Lower oil prices will be both a blessing and a curse for the U.S. economy: Lower prices at the pump allow consumers to spend that money elsewhere, a positive for the U.S. economy. Much like construction during the housing boom, the oil patch provides high-paying jobs to less-educated and lower-skilled workers. As these jobs come under pressure, those that replace them will predominantly be in retail and other consumer-driven industries. Many of these jobs are part-time with low pay and few benefits. This effect will be delayed, as workers are laid-off slowly, though it will be evident in 2015. However, this strikes at the core of the problem of low oil prices—it forces the United States to trade good jobs and wages for bad jobs and wages. This will keep a lid on wages and any potential inflationary pressures from them.

Commodity prices are down for a reason—global growth is slowing: Eventually, low prices should stimulate demand and reduce supply. However, this time there is also the issue of a stronger U.S. dollar—causing the decline in price to be less in non-dollar terms. The combination of weakening growth prospects for the global economy and a strengthening U.S. dollar will maintain pressure on the commodity complex in general, not simply oil. With little chance of a near-term reacceleration in the global economy and inflation remaining elusive, there is no reason to believe the current environment will change over the next year.

The U.S. housing market will not grow significantly in 2015: The recovery has been disappointing to date, and there are few, if any, catalysts to spur a robust bounce in housing starts. Home price indices are beginning to slow their gains. Price growth will continue to slow in 2015, and is likely to turn negative, as pricing has risen ahead of affordability. Starts for single-family homes may trend higher, but the overall starts number will remain subdued, as multifamily building begins to slow after a robust recovery. Slowing to lower prices will be a longer-term benefit to the overall housing market, but will disappoint in 2015.

The Federal Reserve’s widely anticipated rate hike in 2015 will matter, but not for the reasons commonly cited: Bond markets should care little about any tightening the Fed does on the front end of the curve, due to the forces at work on long the end. The currency markets are where the reaction will be. This has implications for U.S. growth and the growth of countries that have become reliant on U.S.-dollar flows. Some of the consequences have already been seen in Africa, with Nigeria taking steps to defend its currency, and complacency in monetary policy by central banks will be all too obvious throughout 2015.

The United States will return to a leadership position in global economic growth in 2015, but for the wrong reasons: Global growth is going to disappoint, as the easy commodity-driven growth of emerging countries dries up, China struggles to hit its growth target and Europe and Japan’s efforts to meet their inflation targets fall short. In essence, the U.S. economy will lead a weak world, not a robust recovery. At any rate, 2015 is setting up to be an interesting year for the global economy and, hopefully, one that sees many of these predictions not come true.