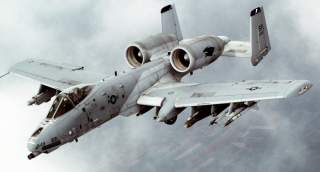 Americans, including myself, often complain ad-nauseam that their elected representatives don’t do their jobs well, or at all. Instead, we tend to depict the 535 members of Congress as people who sit in their spacious offices, order interns to get them coffee or print out hundreds of pages of documents to be read by other interns, or use most of their time in office fundraising for their party, for their friends, or for themselves to get a head-start during the next election.

However, if these stereotypes hold the strength of law, they lose some of their luster, as when two weeks ago, the House Armed Services Committee engaged in a long and brutal 19-hour markup session of the Fiscal Year (FY) 2016 National Defense Authorization Act (NDAA).  This bill is the most important legislation that the Armed Services Committees in both houses of Congress write and pass every year. The bill spells out what programs the Pentagon is authorized to conduct, what resources, installations, and weapons systems are available, and what investments the U.S. Armed Forces are required to make over the next year to remain at the top of their game. This year’s NDAA debate was no different.

The committee—led by Chairman Mac Thornberry (R–TX) and Ranking Member Adam Smith (D–WA)—concluded its work at roughly 4:00 in the morning after countless debates on amendments ranging from nuclear dismantlement and demobilization to the designation of what building or structure can be considered a national landmark. The committee irrefutably performed difficult but necessary and important work for U.S. national security and defense.

Here are some of the more interesting elements of the NDAA passed by the House Armed Services Committee:

On the A-10: The A-10 close support aircraft was one of the most effective planes supporting U.S. soldiers operating in Iraq and Afghanistan. When U.S. combat troops or advisers were bogged down in a firefight or were engaged in a tough operating environment, they would often call an A-10 pilot to soften up the enemy’s position and provide force protection. Countless American lives were saved by the A-10, which is why a sizable block of the House and Senate want to preserve the aircraft well into the future. This effort goes against the wishes of the White House, the Department of Defense, and the Air Force—all of which would rather retire the A-10 fleet in order to save roughly $4 billion towards other platforms. The FY2016 NDAA would forbid the Air Force from once again using any money appropriated to “retire, prepare to retire, or place in storage or backup aircraft inventory status any A-10 aircraft.”

On Guantanamo Bay: If you are a supporter of closing the Guantanamo Bay detention facility (Gitmo), you will have to wait another year. If the House Armed Services Committee has its way, it would be virtually impossible for President Barack Obama to make good on his campaign promise of closing the prison facility before his second term ends. In addition to preventing funds from being used to transport Gitmo detainees to the United States or to construct detention facilities inside the United States for Gitmo prisoners (this has been the law of the land since FY2010), the HASC-drafted NDAA would also prohibit the Defense Department from transferring prisoners (even those cleared for release by the U.S. Government) to countries considered “combat zones.” This designation doesn’t just mean Iraq, Afghanistan, Pakistan, or Yemen: Albania, Bosnia-Herzegovina, Saudi Arabia, and Jordan are also included on the list.

On Iraq: It’s rare for the first draft of an NDAA to be so controversial to a foreign nation, so it most likely came as a surprise to committee members when Iraqi Prime Minister Haider al-Abadi and Iraqi Ambassador to the United States Lukman Faily issued statements opposing a small but noticeable section in the authorization bill. This provision would designate “the Kurdish Peshmerga,” “Sunni tribal security forces with a national security mission,” and “the Iraqi Sunni National Guard” as separate countries for the purposes of the Arms Control Export Act. In other words, this designation would allow the United States to arm the peshmerga and anti-ISIL Sunni forces without the approval or cooperation of the Iraqi Government. This is an incredibly drastic change of U.S. policy in Iraq, and one that the Obama administration is likely to fight as the NDAA process grinds on.

On Ukraine: The Obama administration continues to debate whether arming the Ukrainian army in its battle against pro-Russian separatists in the Donbass is a wise policy. For many members of Congress, this shouldn’t even be up for discussion. Section 1532 authorizes the Secretary of Defense to provide the Ukrainian security forces with defensive lethal weapons and training to the tune of $200 million.