2018 Could Be the Year of 'Trumponomics' 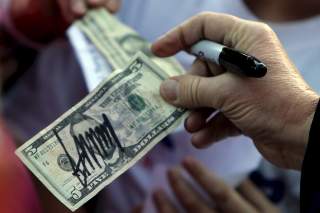 All eyes should turn toward the U.S. economy in 2018, since it will be a make or break year. From the Fed leadership transition to the tax reform package, there are numerous reasons that 2018 will be adventurous. It will be the year that Trumponomics gets its first true test-drive.

Obviously, there will also be challenges that the U.S. economy will need to overcome in 2018, but these are generally overstated. Risks are always present, but sometimes they outweighed by the potential positives. And 2018 is one of those years. It is a toss-up whether tax reform or the Federal Reserve will be the more important part of the 2018 economic landscape. But both are potentially positive for economic growth.

The appointment of Jerome Powell, the Trump administration’s nominee for Chair of the Federal Reserve, is an important part of the economic growth in 2018. The Fed is always a threat to end an economic expansion prematurely by tightening policy too much, too quickly. With Powell, there are few reasons to worry about over-tightening, at least in the next year or so. The Fed Chair is not a dictator of monetary policy, but the position does hold a tremendous amount of sway in its determination.

With only somewhat higher rates ahead and carrying a large balance sheet, the Fed may actually be able to hold out the expansion long enough to get some upward wage pressures. And, alongside wage pressures, the potential for stable inflation pressures.

The result of firmer inflation would be a Fed more confident in their ability to raise rates in late 2018. One possibility is that the Fed could stick to their current two-to-three hike projection that would mark the first time in recent history the Fed hit its projections with any consistency.

But there is also the chance that disappointing tax reform or lack of clarity leads the Fed to back away from its current stance on 2018 monetary policy. It is no coincidence that expectations for rate hikes and the rhetoric around tax reform ebb and flow together.

For its part, despite an aggressive timeline for tax reform, the Republicans are keeping up with it thus far. Currently, they remain on track to complete a bill before the end of the year. While there are details to work out between the House and Senate, they do not appear to be insurmountable.

The tax plan is far less beneficial to individuals. In the near-term, it is about a 1.5 percent boost to overall after-tax incomes in 2019. This effect fades over time as the current tax breaks are phased out. In 2027, the tax break for an individual is marginally positive.

The skew is also an indication that the initial growth impulse is likely to come from business investment. Because the consumer will feel a relatively minute impact from the tax cuts, the potential growth is highly dependent on businesses reacting to the tax plan.

If a significant impulse does occur and wages rise, the consumer could follow-suit, but that is a bit of a stretch in the near-term given the current wage dynamics. The success or failure of the tax plan is heavily reliant on the business reaction. The disparity between the corporate earnings gains and individual gains is stark. But it is not necessarily a bad thing.

What does this mean for the U.S. economy in 2018? The Fed is not trying to slow the expansion and corporate tax cuts should prolong the recovery. Inflation and wage growth are two wild cards, but not overly worrisome. In the end, 2018 may turn out to be better than many believe.