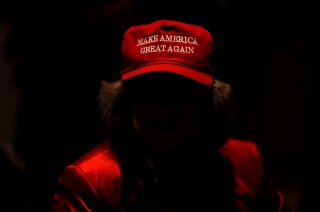 It was a signal moment for a president whose instincts seem to be in the realist camp but whose presidential leadership thus far has largely belied those apparent instincts.

The year 2019 will be filled with history in the making. Questions abound. Will Trump be crushed by the fervent opposition, helped along by his own limitations of temperament? Can he find a way to survive the onslaught and perhaps even enhance his political standing in the face of fearsome opposition? Will events overseas upend the global status quo and usher in a new era of instability? Will America weather the coming storms with relative calm, or will those storms rock the country, splitting it even more severely than it is now?

Robert W. Merry, longtime Washington journalist and publishing executive, is the former editor of The American Conservative and the National Interest. He is the author most recently of President McKinley: Architect of the American Century .