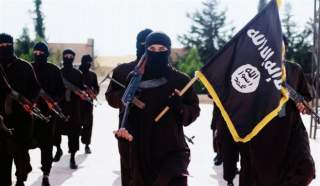 Since its meteoric rise to global infamy by mid-2014, the group that now calls itself the “Islamic State” (or, ISIS) has occupied a central place in the minds of policymakers and analysts, establishing itself as international public enemy number one.

In so many ways, ISIS has also constituted a source of embarrassment for the security community. First, very few, if any at all, of the same experts who are quite literally obsessed with the group today foresaw the rise of ISIS to prominence in Iraq and Syria until it actually happened. Second, despite all the intellectual energy devoted to understanding “what ISIS really is” (or, what it really wants), we still do not know considerably more about the organization than we did more than a year ago.

Consequently, there is little agreement in the security community over the true nature of ISIS and the proper strategy to effectively “degrade and destroy” the organization. Put bluntly, for all the pride that the security community takes in its predictive, explanatory, and prescriptive capabilities, it has failed (with a capital F) over the puzzle that ISIS poses.

Despite all the analytical confusion and cacophony, however, there is somewhat of a consensus over how ISIS enjoys local and global legitimacy, popular support, and popularity in the eyes of its actual or potential supporters and sympathizers. According to most analysts, ISIS’s legitimacy and popularity follow from three characteristics that the organization, at least initially, was able to project. The strategic implication is that if the United States and its allies are somehow able to “show” ISIS’s followers that the group can no longer live up to its initial three-pronged promise, the organization will eventually crumble.

The first assumption is that ISIS owes much of its appeal to its “territorial” nature. Therefore, if ISIS begins to lose chunks of territory, its legitimacy will also start falling apart. Second, ISIS needs territorial expansion to remain relevant. Containing ISIS, so the argument goes, will eventually undermine the group’s expansionist ideology. The third, and overarching, assumption is that ISIS could energize its fighters and supporters because it had been able to project an image of invincibility. If this “myth of invincibility” is broken, a number of analysts have strongly argued, ISIS will no longer be able to command the loyalties of its supporters or serve as a focal point for global jihad.

As the events of the past year have clearly shown, all these three assumptions are misplaced, which implies that the security community is still failing to make sense of ISIS’s nature and strategy.  ISIS lost territory, failed to expand in any significant way, and suffered numerous defeats in the battlefield. Almost every single time from the widely-publicized siege of Kobane in northern Syria to the recapturing of Tikrit in Iraq, the security community, almost unanimously, announced that such defeats were breaking the back of the organization. Yet, ISIS is still out there, with no apparent signs of implosion or even withering away. In fact, the group captured Ramadi in Iraq and the historic site of Palmyra in Syria right after it lost Tikrit, while also launching harassment campaigns on the Kurdish militia in both Syria and Iraq.  It is time we start questioning, and hopefully abandoning, the faulty nature of the three assumptions that portray ISIS as much more fragile than it really is.

First, ISIS is decidedly territorial, but not in the same way that a modern nation-state is territorial. Modern states legitimize their authority by “fixing” borders and treating them as “impregnable shells.” ISIS’s understanding of territoriality, however, is built more on the notion of “territorial flexibility” that lied at the heart of many extra-Westphalian empires, for example, the Ottoman Empire. These entities neither committed nor recognized set borders, but instead emphasized open frontiers. Such flexibility allowed them to not only galvanize support for almost continuous harassment campaigns on the frontier, but also accommodate strategic retreats and territorial contractions. ISIS operates in a similar fashion. Losing chunks of territory do not necessarily de-legitimize the organization in the same way territorial losses, even marginal ones, would affect a national government or a non-state actor that aims to establish national independence (say, such as the YPG militia comprised of Syrian Kurds).

Second, ISIS’s “propaganda” is expansionist and decidedly bombastic, but its actual sectarian strategy limits its territorial and ideational reach to Sunni-majority areas in Syria and Iraq. While al Qaeda-inspired Salafi/jihadist movements downplayed the divide between Sunni Muslims and the Shiites, ISIS consciously feeds off and fuels sectarian tensions in the region. Such strategy allows the group to sustain some sense of legitimacy in the eyes of Sunnis under its rule (who may feel threatened by Shiite-dominated military and paramilitary forces), but also makes it impractical, and even impossible, for ISIS to conquer or even find support in the Shiite-majority lands, especially in the presence of a vigilant Iran.

“Not being able expand,” in this context, is not going to hurt ISIS from a legitimacy point of view. In fact, upon close inspection, ISIS does not appear to be trying to expand for expansion’s sake. It is much more likely that the group’s priority is to “dig in” and transform the social and political terrain they currently rule over not only in terms of a purist jihadist ideology, but also stark sectarian tensions. This “territorial limitation,” however, makes ISIS not less but more dangerous to regional stability. ISIS is booby-trapping an already fragile region in sectarian terms such that even if it implodes or is destroyed at the hands of its enemies, the Sunni-Shiite tensions that currently feed the group may help it, or a different incarnation with a new name, come back from the dead.

Third, and perhaps most importantly, that ISIS rides on a “myth of invincibility” is itself a myth. It may in fact be the most ethno-centric assumption made about the whole ISIS crisis that no one actually speaks of. We absolutely have no reason to think that ISIS’s supporters and sympathizers really expect ISIS to continuously withstand and defeat forces that excessively outnumber and outgun the organization. ISIS has built itself a reputation for being a “capable and willing underdog,” not an omnipotent force of nature. Assuming that its “audiences” will be disappointed unless ISIS literally pulls miracles out of its hat merely shows how Western analysts, even after a decade and a half following the September 11 attacks, tend to deny global jihadists and their audiences any sense of “realism” that they take so much pride in.

ISIS can and does lose battles, but as long as it can cling on to its image as the capable underdog, it will keep inspiring its followers, especially in a cultural landscape where martyrdom and the associated “weapons of the weak” are cherished. What the Western analysts fail to understand is that ISIS’s appeal is in the stamina and strategic flexibility the group projects to its audiences. In that, ISIS has already made considerable gains, if not already won. Even if the anti-ISIS coalition summons a multinational alliance and destroys the organization through a conventional campaign, its propagandists can make a compelling case for their cause, for example, by arguing that ISIS defied the odds until the bitter end and its “organizational martyrdom” should be cherished and applauded for its own sake. Conversely, using overwhelming force to incur piecemeal defeats on ISIS without actually destroying the organization does not necessarily hurt its legitimacy and appeal. That it does so is just a myth to which the Western analysts have convinced themselves, for inexplicable reasons.

So, what do these arguments imply for strategy? The analysts should move beyond two analytically-crippling and opposing tendencies: treating ISIS as an exceptional case that defies instrumental rationality or “over-normalizing” the group by thinking of it in terms of conventional insurgencies and modern states.

One path of out this analytical trap would be to focus on the “territorial logic of ISIS” as well as the method behind the madness it projects, not to mention the “realism” of its local and global audiences. ISIS’s sense of territoriality does not reflect that of the modern states and nationalist insurgencies, but it is also not “unique” from a historical perspective. The group also strategically plays on the sectarian divides in the region and the “sectarian” nature of the threat it poses to the greater Middle East should be emphasized much more succinctly, most certainly more so than the group’s apocalyptic rhetoric that astonishes (and, admittedly, awes) many spectators.

Lastly, the group’s chief audiences from whom it needs passive or active support may have much more realistic expectations about the group’s performance (military or otherwise) than those attributed to them by the security community. Undermining the legitimacy of an opponent can be a key to success, but only if we have a somewhat accurate assessment about the sources of such legitimacy. Otherwise, we, as analysts, will be patting ourselves on the shoulder after every supposed “blow” dealt to ISIS’s legitimacy and appeal, only to be puzzled [again] when we find out that the organization is still alive and kicking.