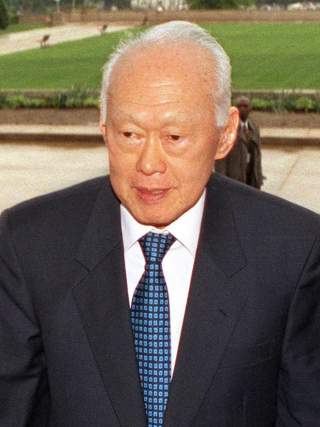 They expected him to fail. But fifty years later while we remember the man, Harry Lee Kuan Yew, who transformed Singapore from a British colonial outpost into a prosperous, global city-state, we must not overlook some of his key lessons in leadership.

After separation from Malaysia, the future of Singapore looked bleak. Lee inherited a toxic mix of racial unrest, an unemployment rate of thirty percent, domestic instability, and economic uncertainty. Singapore could have followed the path of some of its neighbors: increasing nationalist rhetoric, racial division, economic instability, communist insurgency, and continued unrest. Lee could have followed the path of Sukarno, Marcos, or even Diem. Lee concluded otherwise.

Lee Kuan Yew fundamentally understood that people are everything. Long before the era of corporate strategists, new age gurus, or smooth-talking politicos, Lee saw that the development of the people of Singapore--its core natural resource--was the key to long-term economic growth, social development, and national prosperity. It helped that Singapore was located in one of the key global maritime choke points but its long-term ability to seize such opportunities rested on the skills of its labor force and ambition of its nascent middle class. Lee and his ministers carried it out by following three general principles.

Lee respected racial identity but would not be intimidated by it. He acknowledged race as a dimension of one's identity but sought to secure Singapore's national identity as a multiracial society. He combated racism by addressing access to education, employment, and social integration as key planks in building a cohesive nation composed of multiple races, ethnicities, and religions. The commitment to meritocracy along with a commitment to addressing the underlying economic and social challenges remain as consistent parts of the Singapore's approach toward maintaining a cohesive society.

Invest in People, Not Axioms

Lee based his entire economic development plan on a simple question: “does it work?” If something worked, it was continued or improved upon. If something failed, it was scrapped and a new idea was employed. As such, he invested in infrastructure and national institutions, ranging from building Changi International Airport and the world's largest container port to establishing the Biopolis and Fusionopolis parks, and the research hubs at the National University of Singapore. In turn, Singapore maintained itself as a free port city while running one of the most highly successful publicly owned airlines in the world. Homeownership soared and led to the stability of Singapore’s middle class through the sale of public housing to new families. Corruption was met head-on through a combination of tough penalties along with highly competitive salaries for the civil service. Government and corporate scholarships cemented a growing, well-educated middle class. Lee was neither a neo-liberal nor a socialist; he was a pragmatist. He embraced ideas to the extent that such ideas yielded positive results.

Lead People from the Front, Don't Follow Them from Behind

Lee was fundamentally shaped by the brutality of the Japanese occupation of Singapore. For Lee, politics was about ensuring the survival of his country--his home and family--in an uncertain world. Simply put: you adapt or become irrelevant. He chose his battles wisely but once chosen, he broke his opponents before they could break him. He ordered mass arrests to combat a nascent communist insurgency. He established universal military training for all males after independence. And he pursued tough and invasive policies in transforming the personal habits of his own people in order to transform Singapore into a “first world nation in a third world region.” Even in his final years, he tackled controversial subjects such as family planning, immigration, and population growth.

The final chapter on Lee Kuan Yew's legacy will remain unwritten for some time. It is complex and controversial. But whatever it may be, the fact remains that his leadership has significantly and substantially improved the lives of the people of Singapore and along the way, inspired other national leaders to do the same for their own people. And that is a legacy worth remembering.

Jeremy Schwarz is an Ernest May Fellow in History and Policy with the International Security Program at Harvard Kennedy School’s Belfer Center for Science and International Affairs.