3 Reasons Why Trump Must Address the Rohingya Refugee Crisis 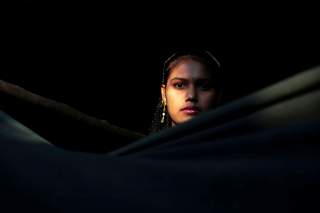 Barely six months after the fastest exodus of Rohingya refugees since the genocide began out of Myanmar, and the feeling of urgency is already waning. The United States needs to increase pressure on Myanmar, ensure that refugees are safe and secure, and work to find a durable solution. It will not get any easier as time passes—quite the opposite, in fact.

The latest crisis exploded after insurgent attacks on police in August provoked a ruthless ethnic cleansing against the Muslim minority. Myanmar’s military and local Buddhist groups carried out a campaign of killings, rapings, and the razing of entire villages. There are new reports of mass graves and the individual accounts of torture, forced starvation, and enslavement are horrific.

More than 650,000 refugees fled across the border into Bangladesh. And there are now more Rohingya who have been forced out of Myanmar than remain inside their home country.

But despite the gruesome realities, the world’s response has been feeble and has failed to alter Myanmar’s behavior. The immediate humanitarian emergency is likely to turn into a protracted crisis, and there is a real risk that temporary fixes will become permanent.

Large, sprawling camps have formed along the border in Bangladesh. Many makeshift structures are in areas prone to landslides and flooding. While the overall situation in these densely populated camps is improving, it remains dire. And if there is a prolonged strain on resources and markets, it could fuel local resentment.

Beyond Bangladesh, Rohingya (some from previous outflows) have relocated to cities outside official camps. Many people do not receive international assistance, and in places like Pakistan and Malaysia some refugees deny their true identity out of fear of discrimination.

Although the ideal long-term solution is voluntary repatriation back to their homes in Myanmar, it is premature for this to happen. Bangladesh and Myanmar have reached deals on repatriation, but it is unclear when or if this can occur.

There is no reason to believe they will be treated any better this time around. Myanmar has a troubled history of mistreating Rohingya, and by withholding citizenship has effectively rendered them stateless.

To still think Myanmar is in the midst of a liberal, democratic transition is, at best, wishful thinking. Democracy’s hope, Aung San Suu Kyi, received the benefit of the doubt for far too long, but even goodwill for her has run out. She may be in an impossible situation politically, but there is no indication that she is a savvy enough politician to win the long game against the domineering military.

The international community needs to put concerted pressure on Myanmar to make real changes. Before the Rohingya return, the minority group needs full citizenship, access to education and health services, and the right to work, and the United Nations refugee agency should be involved in their repatriation.

Getting tough on Myanmar will require sanctions. The targeted sanctions don’t go far enough. Critics often dismiss the likelihood that sanctions will be sufficient to curtail the military’s persecution of Rohingya, but coordinated pressure played a role in Myanmar’s initial democratic opening. Sanctions worked before. They can work again.

In the meantime, there needs to be more funding and attention dedicated to protecting the safety and livelihoods of the refugees. International funds for humanitarian relief and development tend to dry up after the initial attention wanes, but this situation calls for more resources, not less.

While the camps can be improved, Bangladesh should also give refugees more rights, including the ability to work and integrate within the country. Resettlement in other countries, including the United States, should also be pursued. Instead of dooming individuals to lives on the margins, they should get the opportunity to reestablish themselves.

To be sure, it is difficult to imagine U.S. leadership on any refugee crisis today amid the heated debates over immigration and the persistent calls to build a wall. Is this just wishful thinking? Yes and no. Despite President Trump’s rhetoric, solving the Rohingya crisis is good politics. There are three reasons for why addressing the crisis would be strategically advantageous for the United States.

First, it can be a win-win for both sides in Washington. At a time when it is difficult to find any common ground, action on Myanmar could be a game changer and boost Trump’s moral standing.

The Trump administration has already denounced Myanmar, calling its treatment of Rohingya a “death sentence.” Punishing a nation that President Obama only recently welcomed out of self-imposed international exile should make Trump feel good.

And even if the United States only takes in the Rohingya under its misguided ceiling of forty-five thousand refugees this year (it should actually resettle many more global refugees than this), that would be equivalent to allowing just one extra person into the combined freshman classes of American, George Washington, Georgetown and Howard universities.

Second, U.S. involvement will increase its standing in the region. Despite Asia’s geopolitical significance, Washington is allowing its relative power in the region to fall.

Instead of shaping a liberal, open, and peaceful future for Asia, the United States is watching China show the way. Engaging the region on the refugee crisis will demonstrate America’s vital role.

The crisis already poses a clear and present danger to regional security. Without a long-term solution, a wider war could break out at any time and threaten international stability.

Instead of allowing the Rohingya crisis to slowly fade from the headlines and become another ignored mass atrocity, the United States needs to take the lead. American leadership is good for the United States, the region, and, most importantly, the refugees.

David Kampf is a PhD fellow at the Center for Strategic Studies at The Fletcher School.