3 Tricks for Strategically Competing in the Global Innovation Smackdown 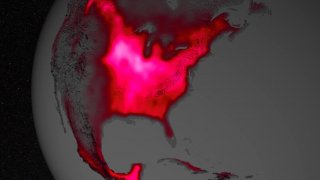 The United States’ defense budget is vast, but its 3.4 percent of U.S. gross domestic product (GDP) is dwarfed by healthcare’s 17 percent. Global finance looms large, but the global recession caused by finance problems in 2008 was only half as deep as that created by the coronavirus pandemic. This had a massive economic impact. At the same time, the biological aspects of various societies have been a central pillar of Western technological innovation: from improved crop yields to mRNA vaccines, pharma, digital health, or the CRISPR gene editor that won last year’s Nobel Prize.

Now, this mighty pillar of past U.S. success faces a two-pronged challenge. China’s new centrality in global supply chains threatens the U.S. ability to supply—and profit from—this vast sector. Moreover, as China transitions to join the United States at the technological frontier, China will increasingly innovate to discover, develop and build novel things that the world desires. This is not an inherently nefarious adjustment but simply the next phase of China’s economic development as it transitions from catch-up imitation to innovation.

U.S. domestic success (or failure) in meeting these twin supply chain and innovation challenges also matters beyond U.S. borders. Mass personalization of healthcare and vast DNA databases are now an issue of near-term implementation rather than science fiction, and they afford powerful new levers for social control—but will digital authoritarian or more liberal democratic models shape their global rollout? Another source of power in global competition is the ability to provide others with crucial biological technologies and goods: every country, for example, now wants a coronavirus vaccine that can be quickly delivered and not just promised. Chinese vaccines power high vaccination rates in Bahrain and the UAE; whilst on Jan. 18, 2021, it was announced that only twenty-five Russian vaccines had been administered outside trials across all low-income countries. America’s Moderna and Pfizer vaccines are remarkable (the latter developed with Germany’s BioNtech), but despite December 2020 U.S. approvals, they remain unavailable to the developing world. Additionally, they are expensive and the latter needs cold-chains, which are infeasible for many countries.

Meeting these challenges requires a “national networked” approach that combines crucial roles for both sovereign states and global networks. Consider coronavirus vaccines. The United Kingdom, a U.S. ally, provided the cutting-edge science to develop the Oxford-AstraZeneca vaccine and will continually update it for evolving strains. Meanwhile, India, a U.S. partner, has the ability to mass-produce the vaccine and supply it globally. The vaccine, which was pledged at-cost to the developing world, only needs standard refrigeration. As of Dec. 30, it made up 44 percent of the 3.6 billion doses for supply in low and middle-income countries, compared to just 11 percent for Russia’s Sputnik V and 6.6 percent for China’s Sinovac. And it is already shipping to sites of geopolitical competition with China like the Maldives and Bhutan. This is tangible evidence of how the “D-10” group of ten leading democracies—who will meet later this year and comprise the G-7 plus India, Australia and South Korea—can both innovate and provide supply chain muscle. A domestically secure, innovative and thriving United States is central to such a network’s success, which can in turn productively engage, but not overly depend upon, China.

From Fast Follower to Frontier Innovation

China under Xi Jinping places biological technologies alongside artificial intelligence (AI) as a focus of plans to overtake U.S. leadership in innovation. By 2018, an estimated $100 billion had already been invested in the life sciences to help reach the 2020 targets in China’s most recent five-year plan. Of the two million returnee scientists to China in the six years prior to 2019, some 250,000 work in life sciences. Growing domestic demand also fuels innovation: while the United States lays out some $400 billion for drugs annually, China is now the second-largest biopharmaceutical market, with sales of $137 billion in 2018. Well-documented espionage also helps.

China has made great strides in specific innovative areas. Recent analysis suggests China holds 17 percent of global genome-related patents, second only to the United States at 19 percent. The U.S.-China Economic and Security Review Commission describes China’s past decade of rapid growth and estimates its biologics and agricultural biotech markets at around $5.5 billion and $8.1 billion respectively, albeit still far behind the estimated U.S. markets at $118 billion and $110 billion. Five of the ten largest biotechnology initial public offerings (IPOs) in 2019 were based in China, including the largest by Hansoh (a producer of diabetes and neurological treatments) that raised over $980 million. China is also strong at linking health and digital innovation—the next trillion-dollar industry according to The Economist—with the December 2020 IPO for JD Health, a digital pharmacy, taking in $3.5 billion.

China is following the well-worn trajectory of nations catching up with more industrially advanced economies. Thriving at first by imitation, they must increasingly innovate as they near the technological frontier alongside advanced industrial economies. It was seen as nineteenth-century continental European or U.S. economies caught up with Industrial Revolution Britain, and more recently with Japan or South Korea. Now, China has essentially reached the frontier for digital technologies like AI, and is moving towards it for biological technologies. Continuing the transition is crucial—and a declared goal—for China’s continued economic growth.

But China’s sheer size makes this (perfectly reasonable) aim highly disruptive for incumbent advanced nations. China spent 2.1 percent of GDP on Research and Development in 2018, which at $468 billion (in purchasing power parity) was about 80 percent of U.S. spending. If Chinese GDP grows by even conservative estimates, then its research budget will soon massively outstrip the United States. In many ways unleashing a new wave of innovation in biological technologies is a global boon. Moreover, the United States has successfully responded before to a highly innovative competitor: the famed Advanced Project Research Agency was a response to the (original) Sputnik. Crucially, for the United States to respond as effectively now requires adapting to the character of innovation now.

So how can the United States respond? One crucial factor is setting the right goal: the United States can face a peer innovator and thrive—as the Cold War proved—and instead of domination should seek long-term strategic advantage.

Second, to achieve such an advantage, the United States mustn’t simply copy China’s highly successful top-down efforts. Unlike China, the United States is presently at the innovative frontier, and so must foster the type of complex innovative ecosystem required to remain there. Drug development, for instance, relies on both the pharmaceutical industry and the more tumultuous, riskier often venture capital-backed biotech sector. As the World Bank describes, fostering a mature versus a maturing innovation system rests critically on factors like enhancing collaborative projects and minimizing gaps between research leaders and laggards.

Third, such complexity doesn’t mean government isn’t crucial. The government must protect innovation from espionage and unwelcome investments. The government also has roles fostering innovative capacities less well-served by markets alone, such as training next-generation scientists and funding areas with little short-term profit: vaccine research is usually something of an unprofitable backwater, but can have eventual public and strategic benefit.

Finally, allies and partners are crucial for innovation now: even 328 million highly innovative U.S. citizens will struggle to out-innovate 1398 million increasingly well-educated Chinese. Consider the coronavirus. Scientists in the United Kingdom contributed the most significant treatment—the steroid dexamethasone—and the likely most significant global vaccine from Oxford-AstraZeneca. Germany’s BioNtech collaborated on Pfizer’s vaccine. Of course, working with partners can also be tricky. In February 2020 the European Commission President, Ursula von der Leyen, described her concept of “tech sovereignty”, directed as much at the United States as China, with the European Union contrasted against Silicon Valley and nowhere else.

A “national networked” approach brings all this together by building domestic innovation within sovereign states—like the United States—and also across global networks. Those global innovation networks can be conceptualized as concentric circles, which help balance security and the benefits of interchange. The circles range from long-established networks dealing with the most sensitive matters—like the “Five Eyes” of the United States, UK, Canada, Australia and New Zealand—through groupings like the D-10, and on to other networks including China with whom managed technological interchange can greatly benefit the world.

But while inventing a wonderful vaccine or biological technology may be great, what if you cannot produce it at scale?

The coronavirus has highlighted weaknesses in global supply chains for pharmaceuticals, vaccine manufacture and health supplies, such as personal protective equipment (PPE). The United States imports almost half its PPE from China. Similarly, 80 percent of active pharmaceutical ingredients (APIs) used to make drugs in the United States are said to come from China and other countries like India. Moreover, although India is a leading API manufacturer, India relies on China for three-quarters of APIs in generic drug formulations. And Indian APIs are about 35 percent more expensive. Unsurprisingly, in 2019, an influential Chinese economist argued to curb pharmaceutical exports as a countermeasure in the ongoing trade war.