4 Alternatives to U.S. Troops in the Baltics 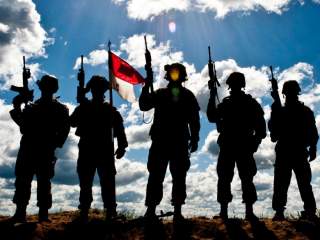 It didn’t take long following the Russian annexation of Crimea for foreign policy analysts to agree that the Baltic states of Estonia, Latvia and Lithuania were potentially vulnerable to a similar form of aggression. In recent months the United States and NATO have embarked upon a series of escalatory steps to deter against Russian military action, culminating in the decision to send ground troops—including U.S. forces—to the Baltic states and other eastern European countries. Although somewhat placated, Baltic leaders are already asking for more commitments. The Latvian Foreign Minister, Edgars Rinkevics, noted in a late February visit to Washington, D.C., that his country wanted an increased air defense capability as a short term deterrent before ground troops can deploy, as well as the clear promise that ground forces would be in place “as long as necessary” to deter Russian aggression.

The decision to deploy U.S. ground troops should never be taken lightly, due to the high costs of such deployments and their potential to embroil the country in conflicts it might otherwise avoid. Even more troubling than the actual decision to deploy ground troops, however, is the limited debate over alternative, less costly courses of action. Outside of a few noninterventionist commentators questioning the value of any U.S. military support to the Baltics, elite opinion has almost universally supported increased military aid and U.S. boots on the ground. More importantly, the view that ground troops are necessary has garnered a veneer of authority due to a substantial investment in research and analysis.

There is little evidence, though, that Russia has much interest in actually invading the Baltic states. Per analysis by Doug Bandow of the Cato Institute, Russia has historically sought to weaken, rather than outright conquer, its competitors in eastern Europe, and places much less strategic value on the Baltic states than on other countries, such as Ukraine. What’s more, forcibly occupying a hostile country can be exceedingly difficult—just ask the U.S. military after Iraq and Afghanistan how eager they are to repeat the experience—and the Baltic states have a history of violently resisting occupation.

Arguing that Russia won’t invade the Baltic states, though, doesn’t answer the more pressing policy question of what the United States should do to ensure it doesn’t happen. The argument that Washington should do nothing is unsatisfying, and more drastic options such as America removing itself entirely from NATO can’t be taken seriously. Luckily, although political scientists have long argued that the assurance of a quick military victory will incentivize the use of military force, there are a number of unconventional ways, short of deploying ground troops, in which the United States can raise the costs of a Russian military intervention in the Baltic states. Furthermore, not only would these potential courses of action serve as an effective deterrent, they would also be both more efficient and less costly than a large, conventional ground force.

Increase the credibility of a U.S. asymmetric deterrent

Rather than trying to directly combat Russia’s conventional military superiority in the region, an asymmetric deterrent would seek to blunt the Russian threat by creatively leveraging the U.S. military’s technological and qualitative superiority as part of a whole of government approach. While the U.S. nuclear deterrent is perhaps the most well-known asymmetric deterrent available, there are a number of less extreme options, including cyber espionage and attacks, covert action, and diplomatic coercion.

Estonia was the first Baltic country to push its defense spending above the NATO-recommended 2 percent of GDP in 2013, and Latvia and Lithuania have also increased their spending in recent years. While these figures still fall short of, in the words of Doug Bandow, the “sacrificial” spending necessary to “create a military capable of inflicting substantial pain on any invader,” they represent a step in the right direction.

Encourage the Baltic states to adopt an indigenous asymmetric deterrent

A recent RAND study noted that the leaders of the Baltic states might not “choose to turn their biggest cities into battlefields” through guerrilla warfare when confronted by a Russian invasion. Still, training their militaries to wage an insurgency campaign in the face of such a dire scenario could serve as a more powerful deterrent than a stronger conventional force. Furthermore, given the leadership role that Estonia has taken in building NATO’s cyber capabilities, they are potentially better positioned than even the U.S. to asymmetrically counter Russian aggression this way.

While previous regional defense alliances such as the “Little Entente” have historically proven toothless in the face of great power aggression, they may prove more successful when welded to modern asymmetric deterrent capabilities.

It may be that U.S. policymakers considered alternative courses of action to deploying ground troops and decided that they weren’t effective enough to be worth enacting. And yet, that hasn’t been the tenor of public debate on the issue. Rather than rejecting alternative courses to ground forces following a principled argument, such arguments appear to have been discarded without any airtime at all. Correcting this shortcoming will be of primary importance in the run-up to this summer’s NATO summit, before the U.S. commits even more money or troops to a fundamentally flawed deterrence policy.