4 Big Lessons from the Greece Crisis 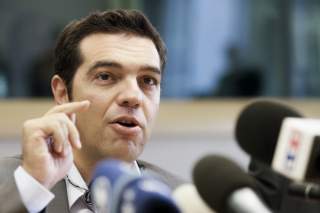 Europe has countered Greece’s proposed bailout deal. Athens’ latest proposals had shown a greater willingness to compromise than previously, but Europe has asked for more spending cuts, tax increases, labor market reform, and sales of state assets. Now the deal awaits ratification by the Greek and European parliaments. If all agree, Europe and financial markets should enjoy a period of renewed stability, at least for a while. But, as with so much in this soap opera of negotiations, nothing is assured. Still, for all the remaining uncertainty, four underlying considerations can place matters in perspective:

The dramatic Greek referendum clearly meant nothing. The initial proposals from Athens had already flown in the face of that vote. Ratification of the new, harsher deal will stray further the sentiments expressed by Greek voters.

The vote was, of course, never binding. Still, it was clearly done to give the government guidance. The ruling Syriza party, among all its other problems, faced huge political difficulties as it went into this last, desperate round of negotiations. It had promised the Greek people both to keep the country in the euro and to rid it of the austerity and reform demands of the country’s creditors, the so-called troika of the European Union (EU), the European Central Bank (ECB) and the International Monetary Fund (IMF). As these promises came to look increasingly incompatible, the government needed to retest domestic political feeling. The Greek people made clear that the rejection of reform and austerity was primary. That result should have given Athens a stronger hand in its negotiations. Clearly, it was not enough.

Default, should it come, is not much of a threat to Europe’s economy or its financial markets. Greece is a small economy. Its gross domestic product (GDP) is barely 6.5 percent of Germany’s. Its outstanding debt amounts to barely 1.0 percent of Europe’s banking assets. Even if that debt were widely distributed, default would hardly threaten the continent’s financial stability. And since the debt is now held largely by governments and other official bodies, the financial system has an additional buffer against uncertainties in this regard. Meanwhile, the ECB’s bond buying program should stem any fears that a Greek default would force unmanageable borrowing costs on Italy, Spain, and others in Europe’s troubled periphery.

Greece will suffer horribly if it were to leave the currency union. A return to a national currency, presumably a new drachma, would no doubt help Greek exports, for the new currency would surely lose value on foreign exchange markets and, accordingly, bring down the global price of everything Greece sells to the world, including tourism. But otherwise, a depreciating new drachma would cause hardship by destroying the global buying power of all its residents’ incomes and savings.

What is more, the likelihood that the new currency would continue to depreciate would make lenders even more wary than they already are. Not only would they fear default, as they already do, but, with an exit, they would also worry about the future global worth of any loan denominated in the new drachma. Meanwhile, the euro-zone would suffer little. Indeed, the absence of this weak economy and the endless uncertainties it has imposed could actually lift European economic and financial prospects as well as the euro’s foreign exchange value. Of course, the exit of any member country could raise questions about the durability and character of Europe’s grand experiment with union, but it would be hard to raise more troubling questions than the soap opera of the last few weeks has already.

The greatest risk to Europe and world financial markets would develop if bank depositors in Italy, Spain, and other countries of Europe’s periphery were to follow the Greek example and withdraw deposits from their banks. The ECB has only limited powers to offset such a money flight. Its much-vaunted quantitative easing program aims to channel funds to governments, not local banks. It speaks to the ECB’s inadequacies in this regard that Athens, even as the ECB had opened an emergency credit line, has had to impose credit controls and bank closures to stop the outflows.

Seeing the troubles in Greece, it is entirely conceivable that Italians, Spaniards, and others will decide to play it safe and move their money out of local banks, even in the absence of particular problems in their country. Enough movement in this direction would force severe liquidity shortages on a big part of Europe, constrain already weak economies, and make it that much harder for them to meet their debt obligations. Worse, a widespread loss of bank liquidity could precipitate a full-blown financial crisis. Financial transactions could slow or stop altogether, as doubt about the soundness of all financial institutions would make all reluctant to do business with each other, much as happened in the United States in 2007-08, when a similar wariness developed, in that case around each firm’s exposure to subprime loans.

If all parties approve a deal, matters will stabilize for a time, but only for a while. It will take a long while before the proposals currently on the table can make Greece viable. It is not clear that they can at all. Either way, another period of crisis is all but assured. If, on the other hand, this latest round of negotiations fails, the risks of an immediate exit will again rise, as will the chance of money flight from the periphery generally. On this second, more threatening prospect, probabilities, thankfully, remain low, since there was little sign that depositors’ fears extended beyond Greece even during the worst of this latest round of crisis. Still, the potential is serious. What has become clear in these latest negotiations is that the Greek government at least now knows it has a lot more at stake in this exchange than the rest of Europe does, which might even gain from a Greek exit. Berlin, after all, has already pushed for a “temporary exit.”