4 Future U.S. Weapons of War That Should Be Canceled Now 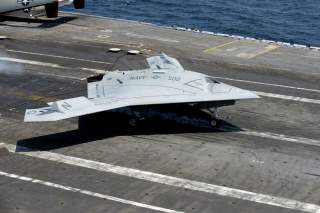 The Pentagon spends billions of dollars developing weapons every year, but often that money is squandered on projects that never bear fruit. Part of the problem is the Pentagon’s byzantine acquisition process—but many weapons are simply ill conceived where a system is overburdened with competing requirements. In other cases, the Pentagon simply fails to fully take into consideration the kinds of threats it might be facing in the future.

Here are five examples of programs that should be canceled.

There is no question that the United States needs to maintain its strategic nuclear deterrence. But the Navy’s future replacement for its Ohio-class ballistic missile submarines is much more expensive than its predecessor while carrying fewer missiles. The Ohios carry 24 Trident D5 submarine launched ballistic missiles, the new boats will carry only 16 such weapons.

The boats will cost $4.9 billion if the Navy can get the unit price down—which means it will cost nearly $59 billion to build the 12 vessels. But with the cost of research and development factored in, the Navy will have to shell out $100 billion.

The cost of the Ohio-replacement subs stems from the Navy’s insistence on cramming high-tech and often unproven hardware onto the boats. The new boats will incorporate a new life-of-the-boat reactor that will last for 42 years on the new vessels. That investment makes sense, but the new boomers will also include a completely new and unproven permanent magnet motor to propel the vessels—for the sake of stealth. It will also have new X-plane stern control surfaces operated via a fly-by-wire system.

There is no question that the Navy needs a new boomer—but given the sheer cost of these boats, the Navy should scrap the current design. Instead, the service ought to go back to the drawing board and consider a simpler and cheaper design.

The U.S. Navy’s UCLASS was originally envisioned as a long-range carrier-based unmanned strike platform that would restore those giant vessels’ ability to hit targets deep inland. The Navy had been missing such a capability flying off its carrier flight decks since the Grumman A-6 Intruder was retired in the 1990s (the Intruder’s stealthy A-12 replacement was cancelled earlier). The UCLASS was to be a weapon that would allow the carrier to stand off far from shore in relative safety of the open ocean and launch attacks against heavily defended targets from afar.

But while that was the original vision in the Pentagon’s 2006 quadrennial defense review, the Navy has dumbed down the requirements for the aircraft. Instead of a stealthy long-range strike platform, the Navy now envisions a very modestly stealthy, very lightly armed aircraft that focuses on reconnaissance. As currently envisioned, it does nothing to counter emerging anti-access/area denial threats in the western Pacific—something sorely needed to preserve the relevance of the carrier.

The Navy should cancel the current version of the UCLASS and instead build a real unmanned warplane capable of penetrating the toughest enemy air defenses from extended ranges. The current effort is a complete waste of taxpayer money.

The Navy’s LCS is another ill-conceived program. Originally designed as a modular vessel that could be reconfigured to hunt submarines, fight other surface vessels and neutralize mines, the program has instead produced an overpriced, under-armed white elephant. The ships are being built—but at far greater cost than originally promised.

The bigger problem, however, is that only the anti-surface module currently works—the counter-mine and anti-submarine modules are not yet fully operational. But even that one working module is of questionable value. At the moment, it includes only a 57 mm cannon and two 30 mm guns. The original missile for the ship was cancelled and the Navy is now looking at the Norwegian-built Naval Strike Missile to arm the ships. But anti-ship weapons fielded by other powers massively outrange even that weapon.

The LCS’s many deficiencies have not gone unnoticed in the Pentagon. In December, the Pentagon announced that it would build an upgraded version of both LCS variants called the Small Surface Combatant (SSC) that would have better anti-ship and anti-submarine capability. The last 20 of 52 LCS vessels will be SSC variant ships.

Given the long and troubled history of the program, there is no reason to believe that the Navy can develop the SSC variant on time or on budget. It’s probably a better proposition for the American taxpayer to cancel the entire project and reinvest the money in projects that offer a better return on investment.

The Army is developing a new variant of the long-serving Abrams main battle tank. But while the Abrams is still among the best tanks in the world, the design is more than three decades old—and at least one senior Army official told the National Interest that there is not much room left for growth in the venerable design. The Army needs a new clean sheet design that has room for future growth.

The U.S. Army too should consider building a new clean sheet design. That would not only preserve the superiority of the Army’s heavy mechanized forces, but would preserve the engineering design talent to build a new tank.