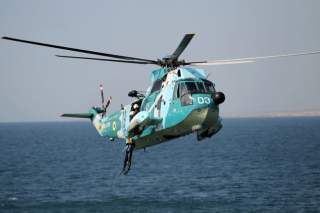 The Middle East is experiencing unprecedented upheaval, and by all indications the region is likely to remain in turmoil for the foreseeable future. From Yemen to Bahrain to Syria and Lebanon, the sectarian agendas and geopolitical maneuverings of the two regional heavyweights – Iran and Saudi Arabia – will likely remain the key drivers fueling the regional fire.

Despite the pledge by Iranian authorities to be committed to the principle of vahdat-e Eslami (Islamic Unity), their perspective on Saudi Arabia, Iran’s chief Sunni rival, has always been one of religious suspicion and regional competition. To be fair to the Islamic Republic’s leaders, Iran’s troubles with the Saudis predate them by some time. Iran and Saudi Arabia have long been geopolitical rivals in the Persian Gulf, including during the reign of the Shah Mohammad Reza Pahlavi (1941-1979). The establishment of the Islamic Republic in 1979 only exacerbated tensions and in particular heightened sectarian differences. Tehran was busy seeking to export its revolutionary Shia ideology while the Saudis were increasingly bankrolling anti-Shia Sunni radical movements from the Indian subcontinent to the Levant.

When the United States removed Saddam Hussein, paving the way for the Shia to seize political power in Baghdad, the Saudis were both indignant and increasingly committed to stopping Iran and its Shia regional allies. This is where we are today. The most recent chapter in the Iranian-Saudi race for influence is unfolding on Riyadh’s doorsteps in Yemen, where the anti-Saudi Shia Houthi movement has seized the capital, Sana’a.

In the context of Iranian-Saudi competition, perceptions matter a lot, and help shape countermoves. While Tehran probably had very little to do with the latest events in Yemen, the Saudis are bound to see Iranian machinations at work. As the Saudis contemplate their next move against Tehran, here are four Iranian capabilities they should keep in mind.

In December, the Iranian defense minister declared that Iran is now the fourth largest missile power in the world after the United States, Russia and China. This was rather boastful and no doubt an exaggeration but the fact that Iran has amassed a formidable offensive missile inventory is widely recognized. From the days of the Iran-Iraq War (1980-1988), when Iran suddenly found itself unable to purchase American spare parts for the largely U.S.-made military it had inherited from the Shah, planners in Tehran looked to missile production as a way of compensating for a dwindling air force and a shortage of strategic weapons.

To compensate, Tehran turned to the likes of China, North Korea, Syria and Libya, and thanks to years of reverse-engineering, a respectable missile production line was born. All of Saudi Arabia is today within range of Iranian ballistic missiles. Tehran has made it clear that if the Gulf Arab states ever provide the United States or Israel a platform from which to attack Iran, they would retaliate with a missile barrage on Gulf Arab cities.

The Iranian claim that the Sejjil - Iran’s first long-range solid-propellant missile - has a range of 2,000-2,500 kilometers is evidently not an exaggeration. Meanwhile, the Islamic Revolution Guards Corps (IRGC), the body in charge of the missile industry, continues to send mixed signals. At times, the IRGC pledges to continue its efforts to build missiles with ever-greater ranges. At other times, IRGC commanders have said that Iran’s strategic missile deterrence needs have been met and that the making of new intercontinental ballistic missiles is not on the agenda. Still, the IRGC and other Iranian leaders have fiercely insisted that Iran’s missile industry never come under international inspection as part of the ongoing nuclear talks between Iran and the P5+1.

Saudi Arabia was arguably Iran’s first major cyber attack victim. In August 2012, Saudi Aramco came under a massive cyber attack that left a great number of the company’s computers destroyed. That was presumed to be an Iranian retaliation for a similar attack on Iran’s oil industry at hands of Iran’s foes, most likely the United States or Israel.

But the Saudis were apparently deemed a fitting target for Tehran’s retaliation. In the last decade, Iran’s cyber offensive capabilities have developed at a rapid rate and made pro-regime Iranian cyber warriors a key weapon of the Islamic Republic. The significance of cyberspace was elevated so much that in March 2012, Iran’s Supreme Leader Ayatollah Ali Khamenei issued a decree that established the Supreme Council of Cyberspace (SCC).

The Iranians would probably claim to be among the top-five cyber powers on the planet – after only countries like the U.S., Russia, and China. As with Tehran’s claims about its missile capabilities, this is an undoubtedly an exaggeration. Still there is zero doubt that Iran is a cyber power on the rise.

If Iran has one irreplaceable ally, it is Lebanese Shia militant movement of Hezbollah. Hezbollah’s usefulness to Iran has proven to go far beyond Lebanon’s borders. Hezbollah’s Arab identity gives Iran a degree of reach into the Arab world that Tehran cannot replicate on its own. On the other hand, Iran’s other key proxy Arab movement, the Palestinian group Hamas, has proven itself to be a far less loyal client as the Iran-Hamas spate over the Syrian civil war demonstrated.

Thanks to its Arab character, Hezbollah is Tehran’s preferred instrument for its public relations aimed at the Arab street. When Hezbollah’s leader Hassan Nasrallah castigates the House of Saud and its policies, it no doubt resonates to a greater extent with ordinary Arabs than if a Persian-speaker made the same charges. In other words, Iran’s public relations campaign against Riyadh relies on Hezbollah. Hezbollah’s television channel Al-Manar is a good example of Iran’s strategic messaging campaign against the Saudis.

Iran has long threatened to close the Strait of Hormuz, through which much of the world’s oil shipments pass. No doubt Tehran would suffer as much as the other Persian Gulf states in such a scenario given its reliance on petroleum revenue. Still, in the event of heightened tensions, the Iranians would have both the motive and the ability to significantly disturb, if not entirely stop, sea traffic at this top global chokepoint.

Iran has at its disposal a combination of anti-ship missiles, such as the Khalij-e Fars (Persian Gulf), mines, midget submarines, and small torpedo boats, which combined can go a long way to disrupting all shipping in the Strait of Hormuz.

As with the Iranian missile arsenal, it is again the IRGC that is set to spearhead Tehran’s efforts in such a potential conflict arena. In 1985, the Iranians created a naval unit as part of the IRGC. In 2007, this unit, the IRGCN was given full operational control of the Persian Gulf and Iran’s regular navy was given the task of operating on the high seas outside of the Strait of Hormuz.

By now, the IRGCN has become slightly larger in terms of manpower than the regular navy. Not only are the Iranians looking to strengthen their grip on the Strait of Hormuz but public statements by naval officials in Tehran suggest that the goal is to increase the Iranian presence both at the Bab-el-Mandeb and the Suez Canal, other important regional chokepoints vital to Saudi Arabia.

For decades, the Iranians and the Saudis have been targeting each other, but overwhelmingly through proxies. In doing so, they have left a trail of destruction across many parts of the Middle East. A direct confrontation between Iran and Saudi Arabia promises to be no less destructive.