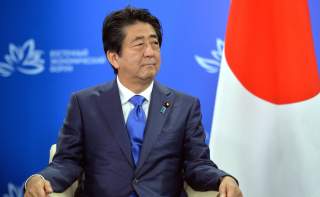 President-elect Donald J. Trump is scheduled to meet with Prime Minister Shinzo Abe of Japan this Thursday in New York City. For both men, it will mark the beginning of a relationship that will shape the next four years in Asia. For Mr. Trump, it will be one of his first opportunities to pivot from politicking to policymaking, as the rhetoric of the campaign trail takes second place to forging working ties with one of America’s closest allies. As he heads into the meeting, here are the key things Mr. Trump should know about Japan.

First, Mr. Abe is going to be the only Japanese leader you will know until reelection time. He is the most successful Japanese politician since perhaps the 1960s, serving since 2012 after a disastrous one-year stint as premier in 2006–07. Now, after three-straight electoral victories, his ruling Liberal Democratic Party (LDP) has changed its rules to allow him to run for a third three-year term. That means he will almost certainly be in office until September 2021. As he is the leader of the world’s third-largest economy and hosts the majority of our forces in the Pacific, your relationship with him will shape your foreign economic and security policies.

Second, Mr. Abe is your most eager partner in Asia—as evidenced by his desire to meet you as soon as possible. Despite occasional remarks that raise doubts over his views about Japan’s wartime actions, he has made clear both his contrition for the war and, more importantly, his support for democracy and the open, rules-based order in Asia. Mr. Abe has positioned Japan as the “un-China,” working to uphold regional norms, support smaller nations and promote the rule of international law. With its size and wealth, Japan is one of the few Asian nations that can play a material role, not only in its own defense, but in providing the public goods that help reduce demands on the United States.

Third, Abe is not merely talking the talk; he is walking the walk. He has increased Japan’s defense spending each year since returning to office, albeit modestly. The current budget stands at approximately $50 billion, which places it behind only the United States, China, the United Kingdom, Russia and France. Japan today has over 130 ships, compared to just seventy-seven in the Royal Navy, including three large helicopter carriers (with another coming), eighteen submarines, and thirty-three destroyers and frigates, four of which are equipped with the Aegis ballistic missile defense system (with two more being built). Japan is also committed to purchasing at least forty F-35 fifth-generation stealth fighters.

Numbers tell only one part of the story, however. Mr. Abe has also changed Japan’s long-standing laws against cooperating with foreign militaries, so as to allow Japanese forces to work more closely with the U.S. military. He also approved a set of revised guidelines for the U.S.-Japan alliance, increasing both Japan’s responsibilities and its areas of activity into cyber, space and the broader Asia-Pacific region. As for the contentious issue of host-nation support for U.S. forces in Japan, Tokyo currently pays $1.6 billion per year, which is by no means a paltry amount. All this gives you an opportunity to encourage Japan to do even more to reduce the burden on America while cooperating together on common interests.

Fourth, this is the best opportunity in a generation to increase trade with Japan, which can play an important role in getting America’s economy moving again. Bilateral trade between our two countries in goods and services stood at $290 billion in 2012 (with a $57 billion deficit). Yet Japan is also the second-largest foreign investor in America, after the UK, with over $370 billion in 2015. Moreover, Japanese companies based in the United States employ over seven hundred thousand Americans, most in high-paying, skilled jobs.

We all know that trade was a major issue in this campaign, and that we have to do better to protect American workers in a globalized economy. Prime Minister Abe has significantly changed Japan’s long-standing trade policies by enthusiastically participating in the Trans-Pacific Partnership. Cutting tariffs and further opening up Japan’s market to American agricultural goods, financial and IT services, and autos, among other sectors, will help put Americans back to work. We exported $3.6 billion in beef and pork alone to Japan in 2014. Greater trade with lower tariffs for U.S. goods will help shrink that trade deficit.

As Asia has become the workshop of the world, accounting for 40 percent of global output, and given that more than half the global population lives in the broad Indo-Pacific region, our relationship with Japan is vital to protecting and enhancing American interests. Our military guarantees have so far prevented armed conflict over disputed territory and avoided a nuclear arms race in the region. Pressuring and containing North Korea cannot be done without the facilities and support Japan provides. Failing to maintain stability ultimately will affect the region’s economy and the global trade and investment on which we depend.

Meeting Mr. Abe this week is the right first move for your emerging Asia policy. Specifics can come later. Accepting his overtures now, though, both reassures those nations who wish to remain close to us and puts other nations on notice that the United States will continue to be a leader committed to ensuring the stability that adds to our own prosperity. The cheapest and most cost-effective way to prevent a crisis in Asia is by reaffirming our commitments and creating a prudent policy of working with our willing allies.

Michael Auslin is the author of The End of the Asian Century: War, Stagnation, and the Risks to the World’s Most Dynamic Region, which will be published by Yale University Press in January 2017. You can follow him on Twitter: @End_of_Asia.