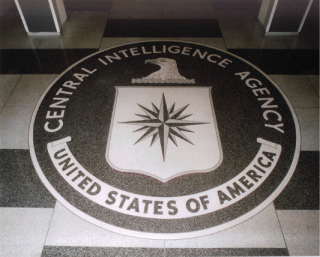 Last fall, the Washington Post reported that CIA was considering a massive reform of the National Clandestine Service and the Directorate of Intelligence. CIA Director John Brennan was considering combining much of the two directorates—responsible for clandestine human intelligence and analysis, respectively—into centers, like the existing Counterterrorism Center (CTC). Most observers have lauded the move as an innovative approach to intelligence reform that would exploit the synergy of analysts and operators working closely together. The uncritical reception shows that nearly fourteen years since the “national failure” of the September 11, 2001 terrorist attacks, the words intelligence reform seem to retain some magical character about the self-evident correctness of the cause. One can hardly avoid thinking of George Orwell’s bleating choir: “intelligence reform good, CIA bad.” The assumptions that underpin such optimistic reception of nearly any intelligence reform proposal, however, are problematic for the long-term health of the U.S. Intelligence Community.

The flaws in this intelligence-reform mentality are four-fold—and each plays a role in how proposals like Brennan’s reported reforms are generated and discussed, as well as past reforms such as creating the Office of the Director of National Intelligence. First, many intelligence-reform proponents conflate the very different disciplines of what we normally think of as intelligence and security intelligence, which includes activities like counterterrorism. Second, the problems with the CIA and the U.S. Intelligence Community are organizational. Third, security stovepipes no longer reflect modern intelligence concerns. Finally, they assume U.S. intelligence agencies are basically the same, making centralization and reducing duplication effective means of improving intelligence performance.

Foreign intelligence as practiced in the United States separates intelligence analysis and policy making with the hope of generating an objective assessment of the world upon which to make effective policy. The bifurcation of analysis and action gives intelligence analysts the job of providing warning, sorting signals from noise and helping policy makers reduce uncertainty about the world in which they are acting. This separation is both organizational and psychological and complaints of politicization are a sign of this belief that the analysis without a stake in the outcome provides the best service for policy makers. Innovations in practice, like opportunity analysis, are still based upon the idea that objectivity comes from distance.

As practiced within the U.S. government’s security-intelligence community, the work product normally thought of as “intelligence” reflects the operational concerns of stopping hostile activity by detecting, degrading and disrupting it. This kind of work has a concrete operational purpose with close links to covert action and/or other forms of policy action. The most comparable work from traditional intelligence is the past practice of placing of analysts with arms-control teams—not the creation of centers like CTC.

Second, Americans always seem want to approach “intelligence reform” as an organizational problem and one that can be solved changing authorities and shifting the lines-and-boxes of authority. Yet, intelligence is a very human profession, requiring flexibility and intangibles not readily foreseen by clarifying and solidifying lines of authority. Even when “intelligence reform” advocates cry out for a need for greater agility to address twenty-first-century threats, organizational changes remain the answer, rather than trying to encourage a different professional ethic, find new ways to generate information and expertise or refine the Intelligence Community’s guidance for action. Only a few such reformers, usually professionals with some experience, actually evaluate the language and logic underpinning how intelligence is performed and offer a meaningful alternative.

The CIA had tried a number of different ways to organize analysis—both functionally and regionally, as well as by analytic product—but the impact was negligible. Spending more time and energy on continually rethinking organization is more likely to have a detrimental impact. In the conclusion of the remarkable, edited volume on intelligence ahead of and between the world wars, Knowing One’s Enemies, the late Ernest May observed that no particular organizational makeup seemed to improve intelligence performance. However, he noted that the intelligence services that did the worst in judging their adversaries’ capabilities, doctrines and intentions frequently shifted their organizational chart.

Third, not all stovepipes within the U.S. Intelligence Community are out of date or unnecessary obstructions to getting the work done. The logic of large organizations, of course, ensures that information can become power or become lost among the files. Improving the ability of the services writ large, as well as of individual intelligence officers to access information is a worthy cause. So, too, is establishing clear procedures for the approved sharing of sensitive information outside their normal channels when there is a pressing need.

But the stovepipes related to operational security, counterintelligence and compartmentalization can hardly be called “out of date” or elements of the Cold War mentality unnecessarily hindering the effectiveness of U.S. intelligence. To paraphrase former CIA counterintelligence chief Paul Redmond, it is an “actuarial certainty” that, at any given time, there is a hostile mole operating within the Intelligence Community. In addition to trying to recruit serving U.S. intelligence officers, states and hostile groups, such as China and Cuba, also try to insert already-recruited agents into the U.S. intelligence services. And, in case, this sounds too much like the Cold War and not so-called twenty-first-century threats, terrorist groups also have attempted to do the same thing.

Intelligence takes place in a competitive environment, and so long as U.S. policy can affect another country’s national interests, adversaries will seek to degrade U.S. intelligence capabilities. As the legendary DCI Richard Helms observed in his memoirs, “No intelligence service can be more effective than its counterintelligence component for long.” Whatever the responsibility to share, reform proposals need to account for competition and the efforts of U.S. adversaries to manipulate the Intelligence Community.

The final assumption that intelligence reform arguments make is that the agencies of the U.S. Intelligence Community are largely engaged in the same endeavor for the same purpose. This makes centralization and avoiding the appearance of duplication useful measures to boost the efficiency and effectiveness of intelligence. Beyond a more or less common trough of intelligence information upon which to draw, the U.S. intelligence services support individual departments and individual policy makers. While intelligence collection should be coordinated and de-conflicted, analytic output should overlap as much as the work of the different foreign-policy and national-security departments overlaps.

As Sherman Kent observed in his classic work Strategic Intelligence for American World Power, the centralization of intelligence in the U.S. policy making system does not meet the decision-making needs of most policy makers outside of the White House and possibly other national-security principals. One particular passage critiquing the focus on centralization is worth quoting in full, because it captures important elements of the intelligence process, such as trust, timeliness and relevance:

At the same time such centralization violates what to me is the single most important principle of successful intelligence, i.e. closeness of intelligence producers to intelligence users or consumers. Even within a single department it is hard enough to develop the kinds of confidence between producers and consumers that alone make possible the completeness, timeliness, and applicability of the product. There are great barriers to this confidence even when intelligence is in the same uniform or building or line of work. But how much more difficult to establish that confidence across the no man’s land that presently lies between departments. It would be too easy for such an agency to become sealed off from real intimacy with the State, Army, Navy, and Air Force departments; to live in relative innocence of their particular fears and of the small but significant changes in their objectives, policies, and plans…Moreover, its remoteness from day-to-day department business would have a seriously adverse effect upon the applicability of its research product.

So long as many efforts to reshape the Intelligence Community, particularly the CIA, maintain these misguided assumptions, U.S. intelligence services are likely to resist outside or even internal proposals for reform. The wholesale change ostensibly required to deal with twenty-first-century threats cannot be done by the Intelligence Community in isolation from policy-making processes. Given the vague mission of the U.S. intelligence to protect national security, perhaps the best path for reform is to reduce the bureaucratic impediments for cooperation across analysis and operations, as well as across the intelligence-policy divide. Each time new guidelines and rules become entrenched, the entire enterprise shifts with them. Focus on creating a culture of accountability among intelligence officers to their peers and to decision makers may be the best reform of all.