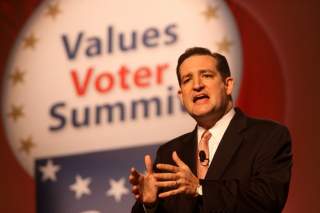 The response from some quarters in Washington has been all too predictable.  Soon after President Barack Obama announced an initiative to restore diplomatic relations between the United States and Cuba—including greater remittances to the island, a coming trip to Cuba by a U.S. assistant secretary of state, the opening of a U.S. embassy in Havana, and a package of agricultural and telecommunications exports—lawmakers like Senator Robert Menendez and Marco Rubio as well as liberal hawks like the Washington Post’s Jackson Diehl have angrily denounced the president’s attempt to eliminate one of the last vestiges of the Cold War. Meanwhile, others like Republican Congressman Jeff Flake, Senator Rand Paul and the Chamber of Commerce are supporting the opening to the long-ostracized island nation.

The rhetoric forms a mix of righteous indignation, heated passion, disappointment, and alarm.  Inherent in Rubio’s hawkish nature is a serious stewardship on foreign policy and national security, subjects that he has intently focused on as a dual member of the Foreign Relations and Intelligence committees.

Cuba, however, holds a special place on his foreign policy mantle.  The lives of his family members, like the lives of millions of Cubans on the island at that time, were torn apart when Fidel Castro rose to power in 1959 on the wave of a communist revolution.  Land was taken and seized by the state, personal freedoms were curtailed, thousands were thrown into prison, and the entire system of Cuban governance changed into a system run and owned by Fidel and his younger brother, Raul.

This is the past that hovered over Marco Rubio, Ted Cruz, Illena Ros-Lehtinen, and Mario Diaz-Balart in their press conferences and statements blasting the Obama administration’s unprecedented move on Cuba.  In his own press conference after the president’s speech, Rubio called Obama the worst negotiator he has ever seen in his life.  “This entire policy shift announced today is based on an illusion, based on a lie,” Rubio boldly said (he would expand on that argument in a Wall Street Journal op-ed the next day).  Ted Cruz, the combative junior senator from Texas who is also of Cuban descent, seconded Rubio’s remarks with a press release of his own: the White House is “blind to the fact that they are being played by brutal dictators whose only goal is maintaining power.  And if history be our guide, the Castros will exploit that power to undermine America and oppress the Cuban people.”

Those are impassioned words indeed, and they make for wonderful optics on television.  Politically speaking, Obama provided Rubio with a wonderful opportunity to return to the national spotlight and sharpen his foreign policy chops before making a final decision about running for the Republican presidential nomination.

Tough talk to score political points, however, will not stop President Obama from executing a rapprochement that a number of congressional Republicans consider a historic and tragic mistake.  Come January, Republicans will have control of the Senate, and you can bet that Rubio and Cruz will attempt to use that power to slow down Obama’s rapprochement with Cuba, if not block it outright.

By virtue of being the majority party next year, they have a variety of options in their toolkit.  Here are a few that the White House should expect:

1 – Blocking an ambassador: A central piece of President Obama’s Cuba reform is deputing U.S. Secretary of State John Kerry to initiate a broad, diplomatic process between U.S. and Cuban officials that can be sustained and eventually expanded into new arenas.  In Obama’s own words, “Where we can advance shared interests, we will -– on issues like health, migration, counterterrorism, drug trafficking and disaster response.”  Disagreements will undoubtedly remain between the two long-time adversaries, particularly on the U.S. role in Latin America, but those disagreements will no longer prevent American officials from talking to their Cuban counterparts as equals.

Creating and maintaining a diplomatic relationship with Cuba, however, will be hampered without a U.S. ambassador who has the confidence and backing of both the White House and the State Department.  Given the fact that Rubio will chair the Foreign Relations subcommittee on the Western Hemisphere (the same man who dismissed the U.S.-Cuba thaw as “conceding to the oppressors”), the chance of the White House getting any ambassadorial nominee through will be virtually impossible.

2 – No Money: All presidents require cash to carry out their foreign policies.  When the Democrats controlled the money, it wasn’t much of an issue; the Obama administration was able to acquire the funding it needed for the big-ticket items, like the Counterterrorism Partnership Fund and $1.6 billion for training and equipping the Iraqi security forces.  Starting in January, this will no longer be the case.

Senator Lindsey Graham, a John McCain loyalist and one of the most consistent critics of Obama’s foreign policy, will now control the appropriations subcommittee responsible for funding the State Department’s operations around the world.  Graham made his intentions clear in a single tweet after the president’s announcement on Cuba: “I will do all in my power to block the use of funds to open an embassy in Cuba.  Normalizing relations with Cuba is bad idea at a bad time.”

To put it bluntly, Obama has zero chance of obtaining the money for any kind of American diplomatic facility—let alone an embassy—on Cuban soil.

3 – Codifying State Department’s Cuba Terrorist Designation – Secretary Kerry has been ordered by President Obama to launch a policy review on whether it’s time for Cuba to be dropped from the State Department’s list of state sponsors of terrorism.  Cuba has been on the list since March 1, 1982, and its remained on the list despite reports from the State Department’s counterterrorism bureau that Cuba has ceased actively supporting terrorist organizations throughout Latin America.  If Kerry’s review determines that Cuba can be lifted from the terrorist designation, he could do so on his own accord without the permission of Congress.

If congressional Republicans choose to challenge Kerry’s decision, however, they could theoretically attempt to codify Cuba’s designation into law.  Congress used the word “terrorism” four times in reference to Cuba in the 1996 Helms-Burton Act, but those determinations were filed under the symbolic “findings” and “statements” sections of the 40-page bill.  A new Congress may try to push through an act that would pressure Secretary Kerry to keep the Cuba designation through a “sense of Congress” resolution.  Congress could also pass sanctions on any American individual, business, or entity that chooses to do business with Cuban government officials (Obama would use his veto if those sanctions every came up to his desk).

4 – Resolution of Disapproval – Congress has used resolutions of disapproval largely as a statement to criticize a specific decision that the president has made.  Unilaterally opening U.S. diplomatic relations with Cuba without the consent, advice, or consultation of Congress would be just the kind of thing that Republicans might find appetizing.  Simply passing such a resolution through the House and Senate would send a sharp and public signal to the president that his Cuba opening is not a bipartisan endeavor.

Some of these actions are more likely than others.  With so much on the agenda next year, the McConnell/Boehner leadership will most likely defer doing anything substantive on Cuba through legislation; given the American people’s support for ending the U.S. economic embargo on the island, Republicans likely won’t want to fixate upon an issue that won’t be a big item in the 2016 elections.

All that notwithstanding, the Republican caucus does have options.