5 Economic Problems That the Next U.S. President Will Face 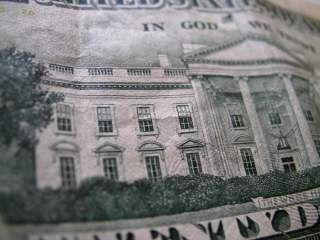 The next president, regardless of ideology, would be wise to begin addressing the economic challenges of the coming decade long before arriving on Pennsylvania Avenue.

Regardless of when interest rates rise and by how much, the next president will face a less accommodative monetary policy. On the surface, a moderately tighter policy stance from the Fed would be a positive for an incoming president: a modestly tighter stance typically indicates a stronger economy. But this is not the tightening of recent cycles. The Federal Reserve is beginning to “new-normalize.” Instead of tightening from necessity, the Fed is tightening to avoid being at its lower limit if a crisis were to occur and—at least to a certain degree—to lessen the pressure from Congress.

The next president should fear Congress putting a policy rule in place for numerous reasons. One issue, pointed out here, is the lack of timely, accurate data to feed the policy rule setting interest rates. The Fed Oversight Reform and Modernization Act (FORM) is the latest piece of legislation attempting to tie the Fed to a specific rules-based monetary policy. But no simplistic model can dictate monetary policy for the U.S.; targets for both inflation and employment should be allowed to evolve in nuanced ways not captured in a model. Simply, these targets may need to move in politically unfavorable directions. A policy rule that can be disobeyed with an excuse may sound innocuous enough, but it allows more political pressure to creep into the decision-making process—a dangerous scenario for the economy.

2. The consequences of a slower normal:

There is a distinct possibility of a semi-permanent lower potential growth for the United States, also known as secular stagnation. In part due to the demographics of an aging workforce (a trend that monetary and fiscal policy, no matter how good, cannot reverse), a slower-growing U.S. will require lower interest rates and possibly more frequent interventions from the Fed. This reinforces the awkwardness described in the first point: the Fed will play a central role in the economic picture. The Fed will move much more slowly, potentially increasing the frequency of localized bubbles. In and of itself, this is not a bad thing. Because there is less room for the Fed to shift policy with rates so close to zero, the Fed will err on the side of inflation. For some in Congress, this will cause significant consternation.

Oddly, monetary policy was purported to have figured out how to mitigate or even avoid the harshest aspects of the business cycle. Now, the business cycle may, in some ways, be harsher than it was previously partly due to the Fed’s zero-interest-rate policy. Monetary policy becomes more complicated. Income and wage differentials are likely to spike across geographies, and employment levels and gains will be far less uniform than previous economic cycles.

The difficulties of spurring growth in the U.S. may require increasingly creative policy mechanisms. Future QE will likely take on differing forms depending on the reason for the economic slowdown. And the glass wall between fiscal and monetary policy will be challenged, if not tacitly broken. This will be risky for any administration, as it could be seen not only as self-serving, but as contributing to subsequent bubbles. Slower growth will make it difficult to have an economy constituents feel is “normal” regardless of the tactics used.

There should be a healthy dose of skepticism surrounding the ability of the Chinese government to pivot their economy from labor-intensive manufacturing to higher-value-added activities and consumption. China has built its capacity to produce steel and concrete, but confidence that it has created the capacity for knowledge-based industries is plummeting. Suddenly, there is less confidence that the growth will materialize.

Without Chinese growth at least stabilizing, a global economic acceleration requires heavy lifting from the developing world, particularly India. Few know the true health of the Chinese economy, but there is no doubt that a slowdown in the astounding growth rate of the world’s second-largest economy will have an impact on the economically vulnerable developing world

Moreover, the International Monetary Fund’s endorsement of the renminbi’s as an official reserve currency will be a game changer for the global economy. The spillover from the rise of the renminbi may accelerate the shift to a truly bipolar economic regime. And the US economy may need time to adjust to the development of an economic and political duopoly.

Neither the Trans-Pacific Partnership (TPP) nor the Transatlantic Trade and Investment Partnership (TTIP) is perfect. But being perfect and being necessary are two different things. Europe, especially now, needs all the economic growth it can muster. And without the TPP, the rules of trade in Asia will be written without the input of the U.S. Both are critical in their own way.

Realizing an immediate economic benefit is not the goal for the TPP. It is more about engaging with an emerging Asia and being present at the table where the rules of trade are set. Exports and privileged access to the U.S. market benefit emerging Asia, as the terms of trade will favor them over trading partners not at the table. A more closely tied U.S. and Japan could also act as an economic counterbalance to China in the region—helping the smaller, less-developed countries compete for export growth. For now though, the U.S. is too big to benefit from a deal involving too many friends and too few real changes to the global economic regime.

The TTIP, on the other hand, is about economics. There is some potential for the TTIP to spur growth on both sides of the Atlantic. While politically difficult, its ultimate outcome has significant ramifications for the future of global trade and regulatory standards. The economic benefits, sorely sought by both sides of the Atlantic, outweigh some of the differences in regulatory thought. With the prospect for meaningful GDP and job gains in the U.S., the TTIP could give the U.S. economy a growth spurt and allow the EU to begin to reduce unemployment and reaccelerate growth.

The balance of student debt is well over $1 trillion. This is not simply a young person’s problem, and will not be short-lived. The issue pervades generations and slows consumption growth. While student loan debt will undoubtedly be a drag on growth, addressing student loans could be an effective means of jumpstarting the economy over the medium-term. Assuming the incumbent wants a second term, this could be an effective mechanism to extend economic prosperity. It would begin to reverse years of slow asset accumulation, ranging from retirement savings to housing, and reinvigorate economic dynamism.

The next president will not have an easy go of it. Spurring economic growth will be difficult —especially in the current global environment. Combating slowdowns and downturns will be difficult in practice, but also politically for the Fed. The president will need to navigate these issues gently. Otherwise, the next president could be remembered for idly watching the rise of China and the building of a student loan bubble, and complicit in the Fed losing its independence.