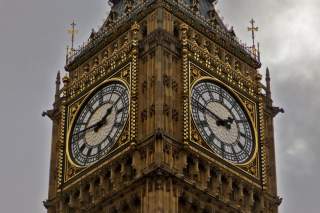 The outcome of the forthcoming referendum on Britain leaving or staying in the EU seems more and more unpredictable, raising the prospect that the majority will vote for leaving. This warrants a hard look at the consequences for Britain, Europe, the United States and the world.

1. Irrespective of who wins, Britain will be ungovernable for at least a decade.

The Conservative Party will be engulfed in an internecine, vociferous civil war. A number of its MPs including leading members will quit politics. It is highly unlikely that Prime Minister Cameron can continue with a battle for party leadership taking no prisoners. It is not too much to predict a kind of political chaos with the Tory party not capable of playing a leading role as it has done for 250 years and no viable alternative in sight. The Labour Party has put itself on the sidelines selecting Jeremy Corbyn as leader. The Liberal Party is out of the game. UKIP is not capable of governing.

Over the last thirty years the balance of payments current account has only been close to balance three times, and the deficit is now running at more than 5 percent of GDP, the highest figure since 1948. The last time government finances recorded a surplus was in 2001; the deficit there currently runs at close to 4 percent of GDP. These figures tell volumes about an economy out of tune with reality, requiring hard and drastic actions to redress the balance. It is more likely than not that these imbalances will grow, bringing Britain’s economy closer to the brink of disaster. Just for comparison, the eurozone runs a sizeable surplus on the current account (2.8 percent of GDP) and a much lower public deficit (1.9 percent of GDP).

Should Britain vote to leave, treaties provide two years for negotiating terms for the future relationship between the country and the EU. If no agreement is reached, Britain will be a WTO country vis-à-vis the EU, which means giving up its status as member of the single market and becoming a third country like, inter alia, New Zealand. But it could be worse. Many WTO countries have concluded free-trade agreements with the EU. Britain, as an EU member state, has not, and it will take years to do it. Much of Britain’s trade with the rest of the world enjoys preferential treatment granted to EU member states, which will no longer apply.

A Norwegian or Swiss model (access to the EU’s single market on a reciprocal basis) is praised by many Brexiteers, but these two countries should serve as a warning to Britain. In reality, it means application of EU rules without any influence on what they prescribe, plus a sizeable financial contribution. It is palatable for Norway and Switzerland, in view of their size and economic strength, but it would be odious for Britain. One of the arguments for leaving is refusal to “take orders” from Brussels, but the rules are decided by the Council of Ministers among representatives of member states (statistics show that Britain has voted for more than 80 percent of these), while access to the single market is only granted to outsiders if they conform to the rules laid out without their participation.

There are approximately three million foreign EU citizens in Britain. Studies show that they contribute more in taxes to the British economy than they get in welfare payments. Approximately two million Britons live in other member states. The majority are retirees enjoying lower living costs and better weather. They do not work. If as a consequence of a Leave vote these people have to go back to their own country—the single market’s provision for free movement of persons is abolished—Britain will say goodbye to three million people paying taxes, and two million people who do not work but ask for welfare services will return. That could well be a major drag on the public finances in the future.

Proponents for Leave point to the virtues of deregulation, especially of the labor market, as a way to improve competitiveness. That may indeed be a hidden agenda for some in the Conservative Party wanting to shift the burden to the working class. The price would be an even more divided nation. From 2008 to 2013 real wages for the typical worker fell by almost 10 percent and real family income for families of working age with the same percentage. Britain is number twenty-three among twenty-six OECD countries’ real hourly earnings growth 2008–13. Germany and France recorded a 5 percent rise. According to the OECD the British economy is the least regulated among G-7 nations. If a Brexit government tries to squeeze that orange harder, social divisions will aggravate, sowing doubts about social coherence.

After forty-three years of membership, a big share of British economic legislation is either EU regulations (directly applicable as domestic law in member states) or legislation meant to cast EU directives in British law. Brexit would mean that EU regulations would be abrogated, producing legal and administrative chaos. The number of such regulations is difficult to estimate, but it may be as high as ten thousand, indicating that close to one-third of British economic legislation is linked one way or another to EU rules. An administrative option is to transform them into UK law, but if so, why leave? Those advocating deregulation would cheer about this vacuum, but those doing business will ask which rules will apply and, with no answers, shy away from new projects. Uncertainty is already impinging on investors, but this is peanuts compared to what will happen when it dawns on the business sector that no one knows which laws and regulations will apply when doing business in Britain.

2. The consequences for eurozone economies, and even more so for the rest of the world, will be limited.

Several international institutions, including the IMF and the OECD, have flagged potential negative repercussions on the global economy. But Britain’s share of global GDP is not more than approximately 2.5 percent. Britain’s growth for 2016 is estimated to be roughly 2 percent. Let’s assume it turns out to be half of that. The impact on the global economy would broadly speaking be equivalent to a fall in China’s growth rate of 0.26 percentage points, or a fall in U.S. growth rate of 0.16 percentage points. Continued stagnation in Britain would be unwelcome, but not seriously undermine the global economy. Even the largest trading partners would not feel serious pain—with the possible exception of Ireland, for whom Britain is the main trading partner, accounting for approximately 15 percent of total trade while three-quarters of a million Irish people work or live in Britain.

3. You couldn’t find a worse moment for the future of the City of London as a global financial center.

The eurozone is fast establishing a banking union, and even if that long-overdue enterprise is played down by those advocating Leave, the unavoidable conclusion is that the City of London will find living outside uncomfortable. Business with the eurozone would gradually have to conform to rules set by the banking union—and those rules will be set without a British voice.

The City of London will unquestionably survive as one of the world’s largest financial centers, and the largest in Europe. The question is how much business it will lose. Parts will go to financial centers on the continent like Frankfurt, Paris and Amsterdam, Other parts may go to Dublin. Financial institutions would probably be reluctant to jump to conclusions and hold the horses, waiting for clarification of Britain’s future status vis-à-vis the EU.

What may have been overlooked is that, Brexit or no Brexit, the banks and other financial institutions are not living in happy days. The competition from low-cost countries playing host to a variety of services, and new financial-technology systems, force banks to severely cut costs. London is not a cheap place, and some of the banks will look at Brexit as an opportunity to cut staff and move services to India or the Philippines.

The financial industry provides 1.4 million jobs and pays £25.7 billion in tax and national insurance, accounting for 12 percent of the national economy. HSBC has warned that it could shift one thousand jobs from London to Paris—there have even been rumors that it would relocate its headquarters—Deutsche Bank is reviewing whether to move some of its substantial British operations to Germany, and JPMorgan has told staff that as many as four thousand may lose their jobs. All this may be classified as stage thunder by Brexiteers, but why should these institutions say what they will do if it is not the truth?

Britain’s credit rating is good. Standard & Poor’s says AAA, Fitch gives AA+ and Moody’s Aa1. Only a handful of countries rank equivocally better (Canada, Denmark, Norway, Singapore, Sweden and Switzerland, inter alia). This has allowed Britain to finance its deficits at low cost. The reigning loose monetary policy will continue to help doing so, but it is almost certain that Brexit will lead to a downgrading, if for no other reason than uncertainty about the economy and politics.